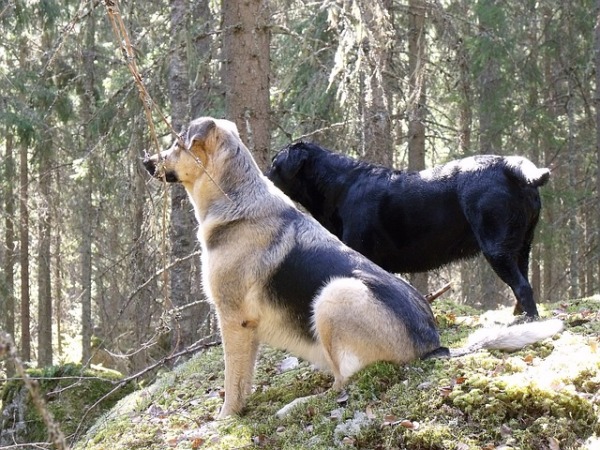 After Helene Klein, 93, left RSPCA North Wiltshire Branch an incredible $143,087 following her death, the charity appealed to the public for more information about her.

RSPCA North Wiltshire Branch manager, Richard Clowes, said: “Sadly, no one at the RSPCA branch seems to have known Helene but we are all incredibly grateful that she knew about us and left this generous legacy in her will.”

The generous legacy will mean the branch is a significant step closer to it’s big ambition of building an animal centre with veterinary clinic to rescue, rehabilitate and re-home animals in the RSPCA North Wiltshire branch area.

The dream project is likely to cost in the region of three million pounds in order to purchase a suitable site and build a purpose built centre to look after cats, dogs and small animals.

Richard continued, “It would be great to have a Helene Klein cattery or dog block but in order to pay tribute to her properly we are keen to find out more about her.

“As far as we know, she did not leave any pets when she died, but perhaps she had friends or neighbours who could tell us more about her. Was she a cat lover or a dog devotee or did she simply love all animals equally? Any information would be great.”

Luckily the charity has been contacted by a lady who knew Helene Klein when she was in a nursing home. The lady – who wishes to remain anonymous – has told the RSPCA that Helene was originally from Germany but had lived in the UK for a long time. She had a dog – a German Shepherd – called Heidi, who died before her owner.

It is thought Heidi was the inspiration for the generous legacy to the RSPCA North Wiltshire Branch.

The only other information known about Helene is that she loved to be out in the garden and especially loved roses.

The RSPCA North Wiltshire Branch will be meeting to make a decision in light of this information but at the moment they are proposing a quiet peaceful garden area at the new animal centre (complete with roses) where potential adopters can come along and spend some time getting to know individuals dogs which they are interested in adopting.

It will also be a place where volunteers can take resident dogs for some quiet time and a good sniff.