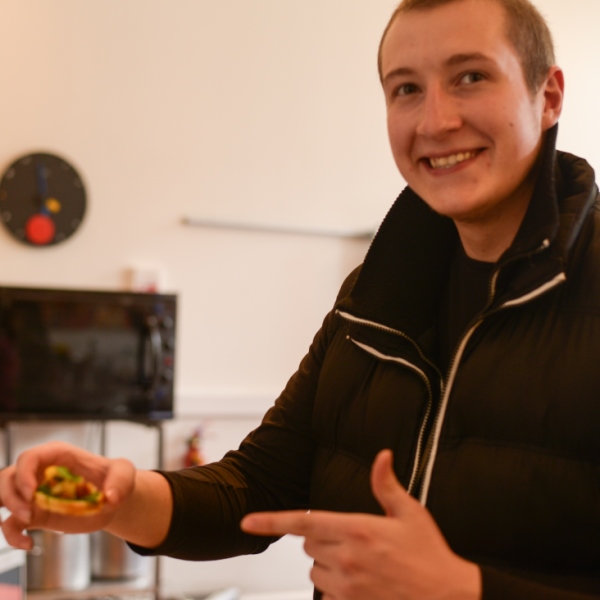 9 Achievements of Carers to Celebrate this Carers Week

Carers save the economy £87 billion a year by spending their time caring for an unwell or disabled family member. Young carers can find themselves caring for up to 50 hours a week with very little time to pursue their dreams and explore their creative talents. Over the past year, national arts charity Create has offered carers some fantastic opportunities, enabling them to feel a sense of accomplishment outside of their caring roles.

Below are 9 things carers supported by Create have achieved this year:

1. Performed to a sell-out audience at Sadler’s Wells in London 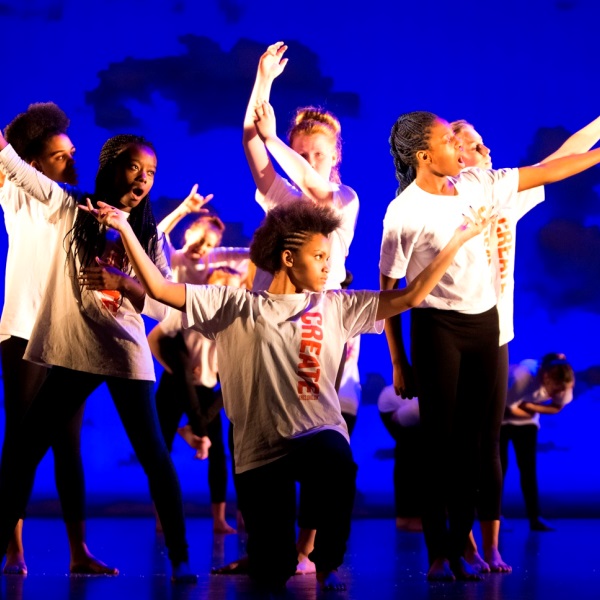 A group of young carers were treated to a week-long dance residency at Sadler’s Wells – as a result of a collaboration between Create and Matthew Bourne OBE the young carers worked with professional dancers to choreograph their own piece which was then performed to a sell-out audience as a curtain raiser to Bourne’s production of Edward Scissorhands. 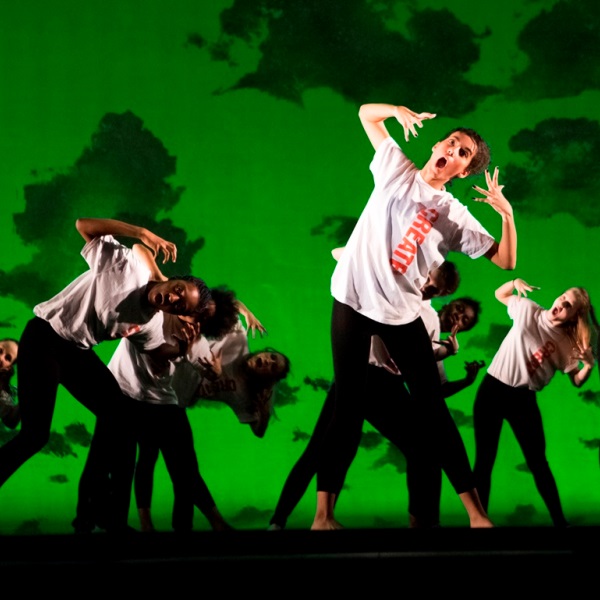 2. Made their own films 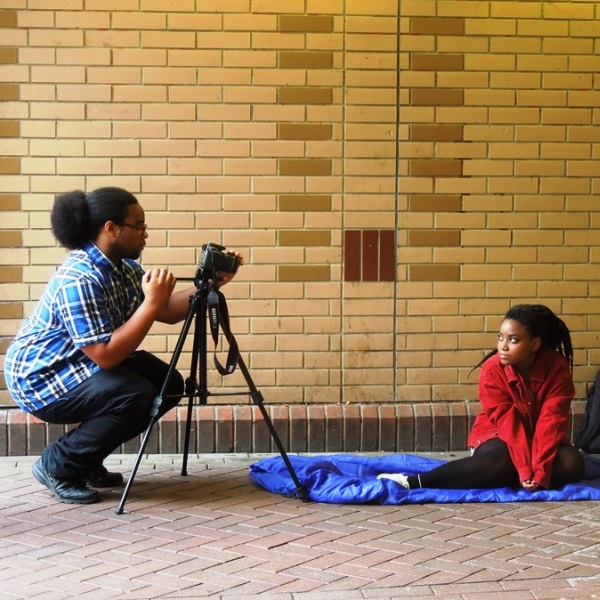 Carers make a film in Redbridge

Thanks to funding from The Queen’s Trust and Clickso, carers from Redbridge wrote, directed and starred in their own films. One of the films they made was about the journey of a young person aspiring to be the new Prime Minister. 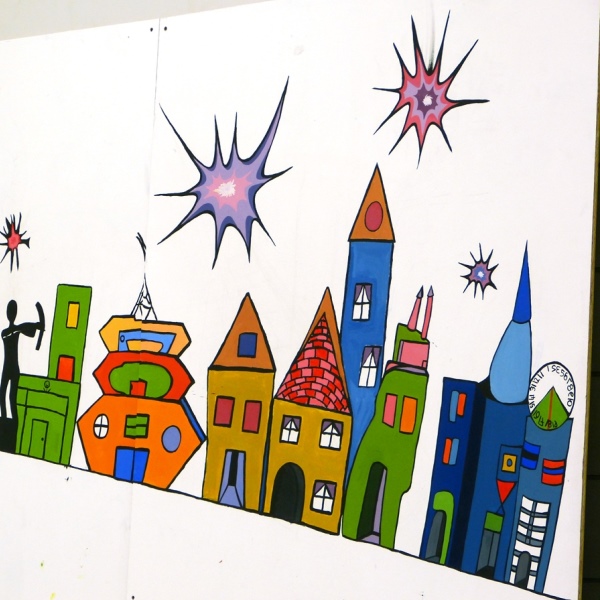 Selection of the mural in Nottingham, England

The new bright and colourful mural in Nottingham’s intu Victoria Centre is the result of thirty carers aged between 5-18 working together to explore the theme ‘Playful Cityscapes’. 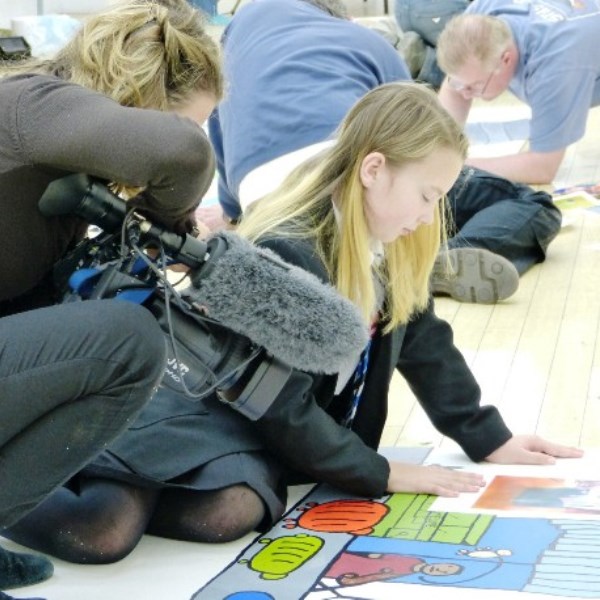 Unveiling a new mural in Nottingham with the BBC

4, Designed and built an addition to the Concrete Cows sculpture 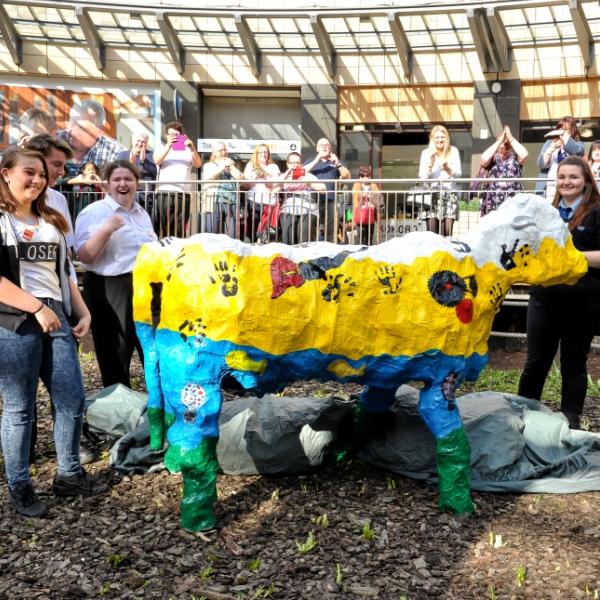 Milton Keynes is known for its Concrete Cows, a public artwork created in 1978 by Canadian-born artist, Liz Leyh. 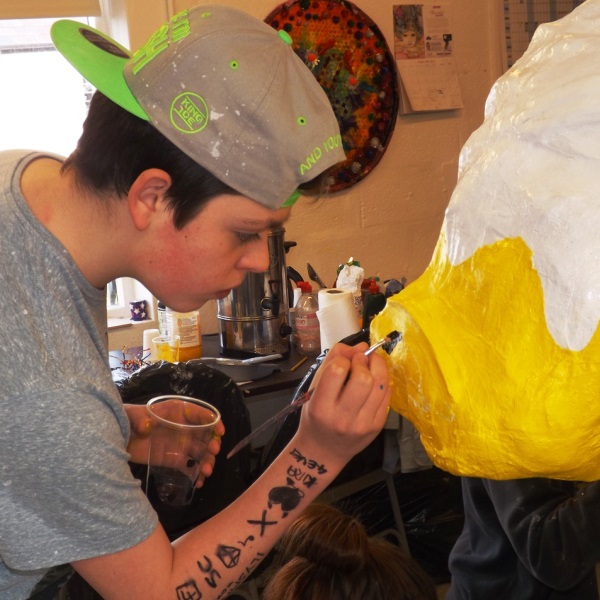 This year, carers designed and built their own addition, making their mark on the town centre by creating an unmissable public sculpture. 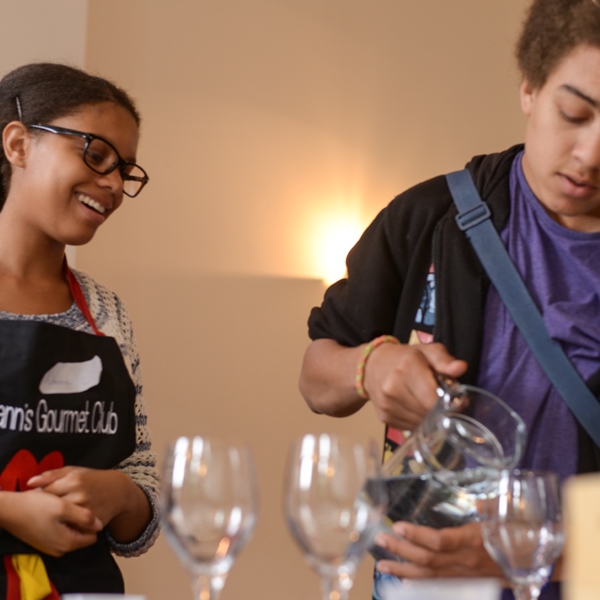 Behind the scenes at Mosimann’s Academy

Mosimann’s Academy in Battersea welcomed young carers through its doors to spend a week designing a menu for a 3-course lunch attended by VIPs including Create patron one-handed concert pianist Nicholas McCarthy. One carer said, ‘The guests all loved our food and seemed really impressed. It was certainly a moment to be proud of!’

6. Exhibited their sculptures, photography and artwork at KPMG’s headquarters in Canary Wharf 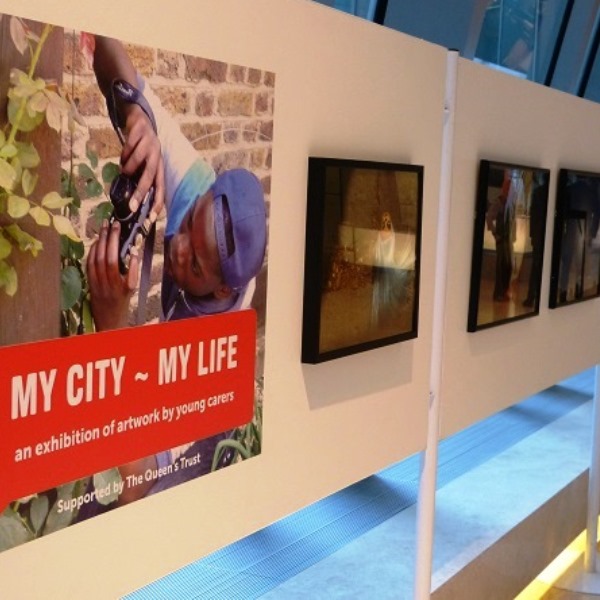 KPMG hosted an exhibition of carers’ photography, sculpture, artwork and films at its headquarters in Canary Wharf. 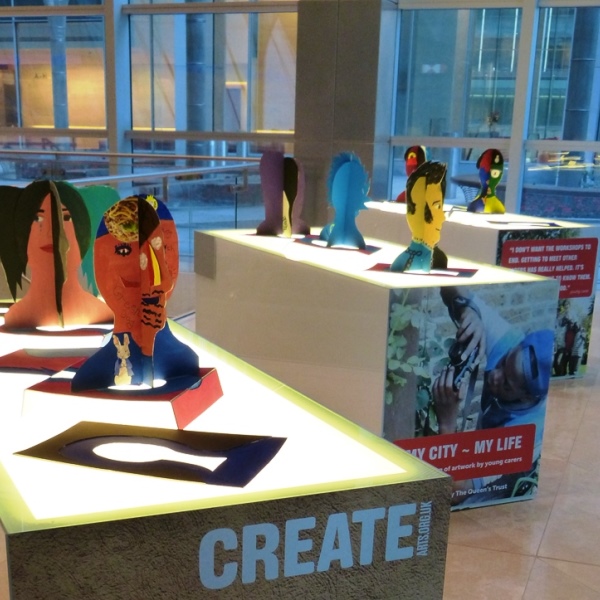 The exhibition titled My City ~ My Life explored what it’s like to be a young carers in a big city. 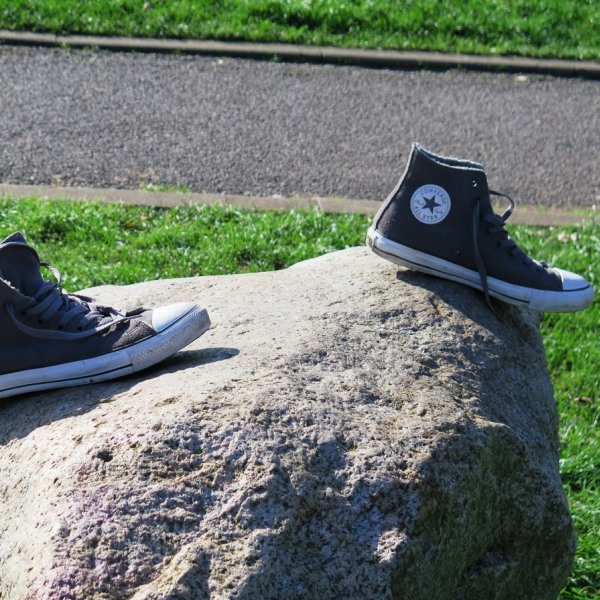 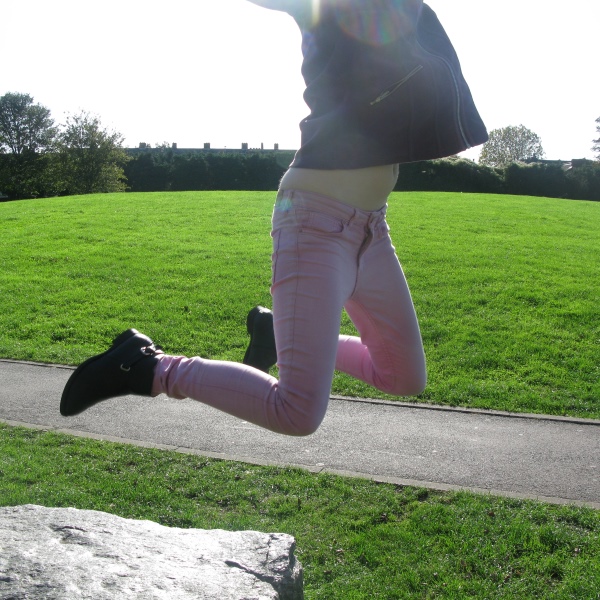 7. Created a film with a live soundtrack 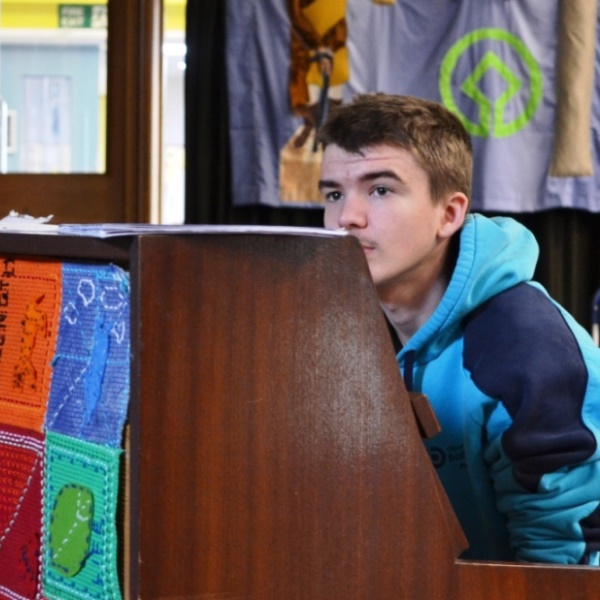 Carers in Bath created a film with live soundtrack that they performed in their town centre. 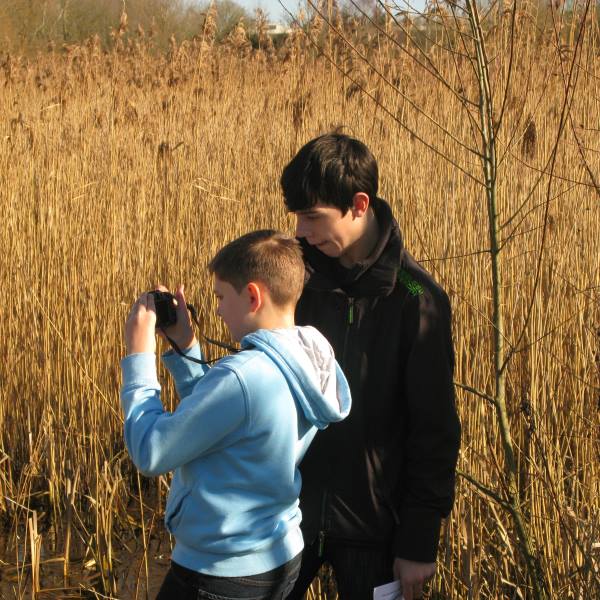 Carers in Winchester put on a public performance of music inspired by photographs that they’d taken thanks to support from British Land. The photographs taken by Winchester’s young carers will be shown as part of Let the sun shine on me, an exhibition at Winchester’s Discovery Centre launching in Carers Week. 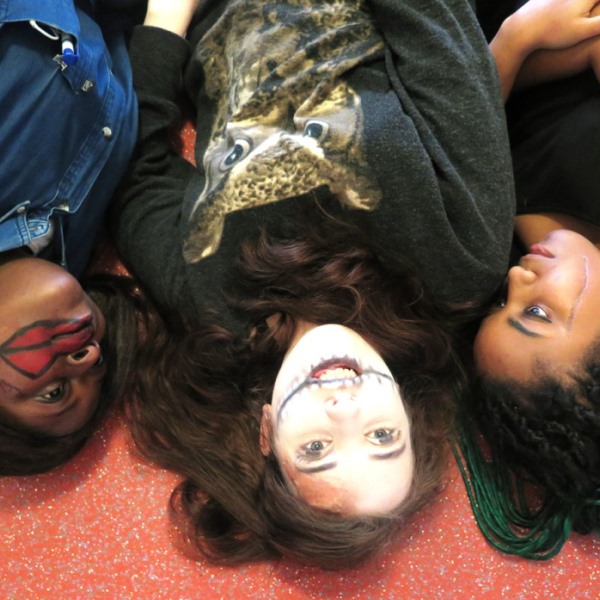 Using makeup and drama to express emotions as a young carer

All of the above are examples of carers trying new things, which can be a scary thing for us all at times.

Through participating in the creative arts carers have built relationships, explored their emotions and identities, and have made friends. 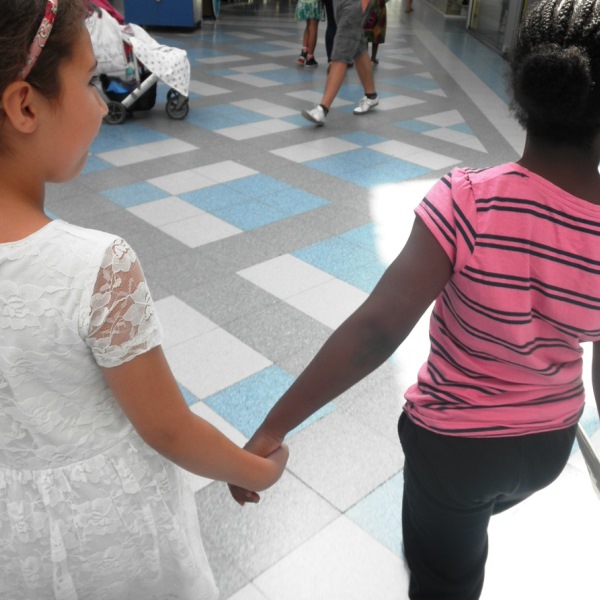 Southwark’s young carers before a performance

This Carers Week (8-14 June 2015) and beyond please celebrate the achievements of carers outside of their caring role by sharing this post.