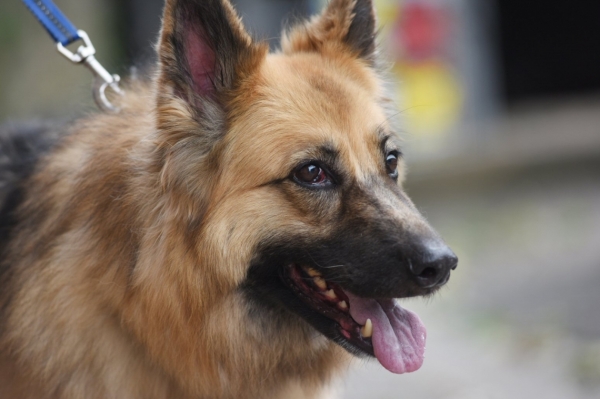 Our ‘Amazing Animal of the Month’ for June 2015 is Looby Loo, a German Shepherd rescue dog turned hero.

Looby Loo was adopted by 55 year old Mary Friend in 2007. Two years later, when Mary met Toby, 57, Looby Loo fell in love with her new man too. Mary said: “The bond between them was instant. Looby Loo wouldn’t take her eyes off Toby and wanted to be near him at all times. You hear of pets being totally devoted to owners, but the bond that Looby Loo forged with Toby was instant and unbreakable.” 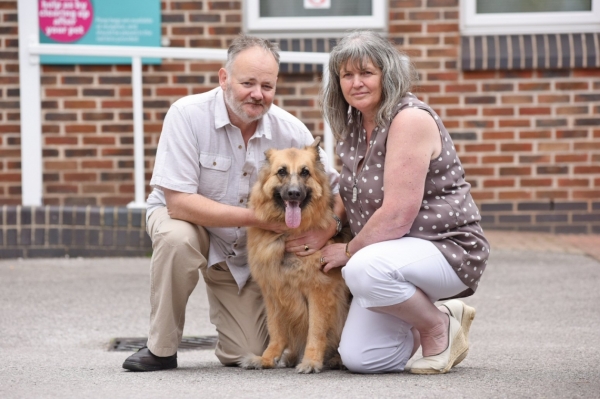 As a diabetic, Toby controls his fluctuating blood sugar levels with insulin injections and tablet medication. But following a period in hospital for an infection, Toby returned home very weak and was receiving antibiotic medication.

The night Toby returned home from hospital, Mary was woken up by Looby Loo barking and whining frantically next to their bed.

Mary said: “I knew straight away that Toby was slipping into a Hypoglycaemic coma as he was barely conscious and unable to move. I tried to increase Toby’s sugar levels with fizzy drinks and glucose tablets but I knew that it was vital to call 999 for urgent assistance.

“Throughout the whole episode, Looby Loo didn’t leave Toby’s side – she was desperately nudging his arms and legs and licking his face. She knew that he was in danger and was trying to help him as best she could.”

Paramedics put Toby on a glucose drip and waited anxiously for his sugar levels to rise. When Toby came round, he could remember Looby Loo licking him. He said: “I was completely incapacitated – I couldn’t speak or call out for help. The antibiotics I was taking for the infection, coupled with the lack of food before bed, affected the insulin’s ability to work and I knew I was in deep trouble. If it wasn’t for Looby Loo waking Mary, I hate to think what would have happened to me.

“I will be forever grateful to our wonderful dog for what she did that night – she was a true friend and her actions definitely helped me out of a very sticky spot.”

Looby Loo’s life-saving behaviour has led to her being honoured by vet charity PDSA. Nine year-old German Shepherd Looby Loo has been awarded the PDSA Commendation, an award that recognises acts of outstanding devotion by pets.

PDSA’s Richard Hooker, said: “I know that both Toby and Mary are extremely proud and grateful to Looby for what she did for them – her actions undoubtedly ensured that Toby’s health was preserved. It is amazing that a pet with no formal medical assistance training detected a potentially dangerous situation, like Looby Loo did here for Toby. Her PDSA Commendation is very well-deserved.”

Help us celebrate Looby Loo, our ‘Amazing Animal of the Month’, by sharing her story.