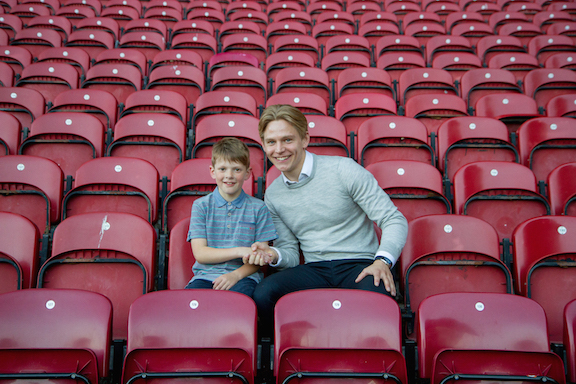 An 8 year old boy with cystic fibrosis took one step closer to his dream of becoming a professional footballer recently when he was selected to join Bradford City Football Academy. Robbie Murray, from Addingham, West Yorkshire, signed a two year contract with Bradford City Football Academy despite having cystic fibrosis, a disease which progressively damages the lungs and digestive system and means a lifetime of treatment and medication for patients. 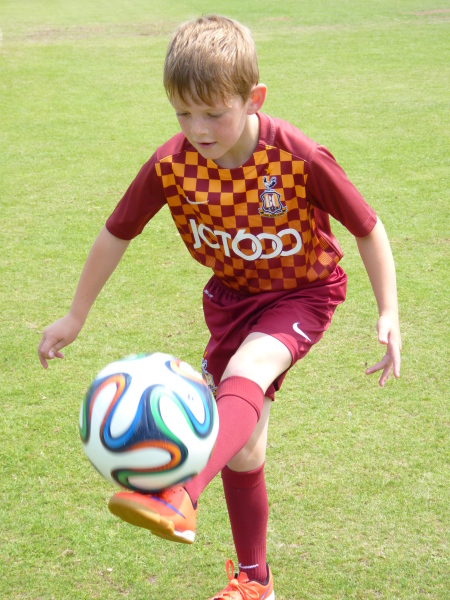 He said, “I love playing for the team that I support and I want to be a professional footballer when I grow up, cystic fibrosis will not stop me doing that.“

Robbie, who lives with his dad Andrew, mum Kathie and 12 year-old sister Charlie, was spotted by scouts from the Academy whilst playing at his school, Addingham Primary.  He has already spent a full season working with the Academy’s U9’s team committing to a training schedule every Tuesday and Thursday evening with matches on a Sunday, prior to signing a formal contract last month at the club’s home Valley Parade. 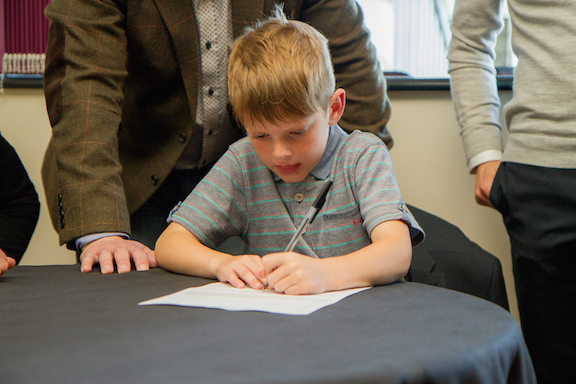 His delighted dad Andrew said, “Robbie may have been born with cystic fibrosis but he was also born with football in his blood and that’s his life, he loves it.

“We think the reason he is so well is because he spends so much of his time chasing a ball – exercise is essential for people with cystic fibrosis to help keep their lungs clear of sticky mucus – and Robbie has managed to avoid going into hospital for the last 24 months. 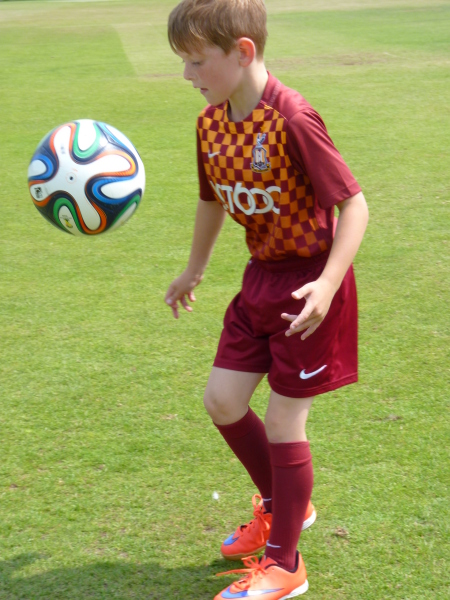 “That’s why the contract is so important for him: apart from learning football skills he will be getting specialised and rigorous exercise which is part and parcel of the Academy’s training.”

Robbie was diagnosed a week after his birth following a routine screening for cystic fibrosis. Early diagnosis has meant Robbie has been able to benefit from treatment straightaway rather than waiting years for a diagnosis by which time lung damage could already have occurred.

Proud dad Andrew continues, “Robbie has taken it all in his stride – I was the one who was shaking when he was initially signed up.  When he was born and we found out about the cystic fibrosis, we expected to have to care for an ill child, but Robbie is absolutely amazing – he deals with it really well and is extremely disciplined. We are dedicated to making sure he achieves as much as he can.”

Dr Janet Allen, Director of Research and Care at the Cystic Fibrosis Trust explains how beneficial exercise is for children like Robbie who have cystic fibrosis: “Exercise is particularly important for people with cystic fibrosis because it helps clear mucus from the lungs and improves physical bulk and strength.  Children with cystic fibrosis should be encouraged to take part in as much physical activity as possible, ideally types of exercise that leave you out of breath – football is a great sport for Robbie to do to keep well.”