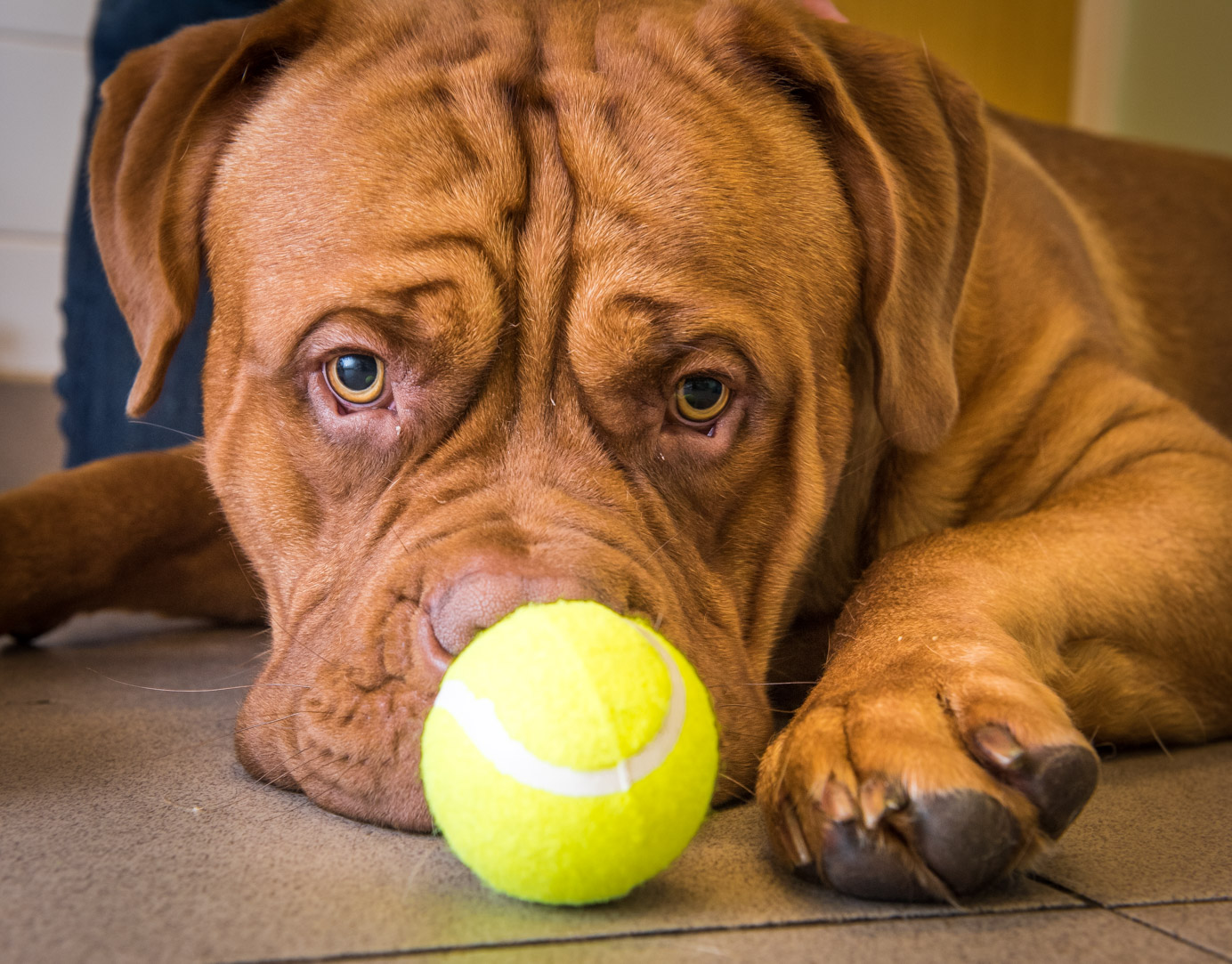 Does Your Dog Enjoy Playing with Balls? You Better Make Sure This Doesn’t Happen

By Nisha Kotecha on August 3, 2015 0 Comments
Zeus received life-saving surgery from PDSA vets after he swallowed a tennis ball

A playful puppy has had to have a life-saving operation after swallowing a TENNIS BALL. 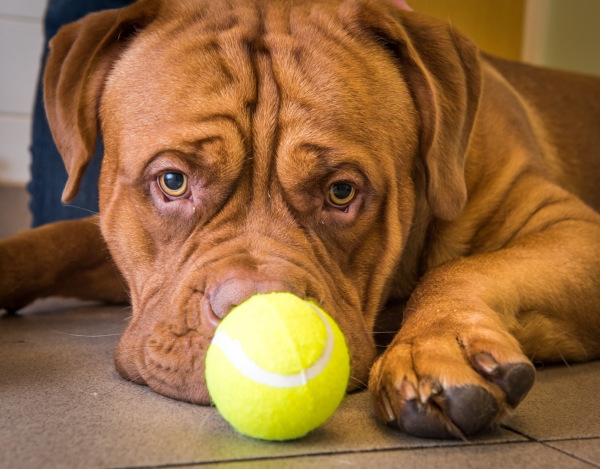 11-month-old Dogue De Bordeaux Zeus from Gateshead, England was enjoying a run on the beach when he spotted another dog playing with a tennis ball. The cheeky canine made a grab for it and somehow managed to gulp it down.

This is the second time Zeus has wolfed down a ball: when he was four-months-old, he found a discarded ball in the park. On that occasion nature took its course and a trip to the vets wasn’t needed. Unfortunately this time round he wasn’t so lucky.

A couple of days after his unusual meal at the beach, Zeus had gone off his food and started being sick. Worried owner Richard Waugh rushed him to Gateshead PDSA Pet Hospital for help. PDSA vets took X-rays to determine where the ball was and decided that emergency surgery was needed as he had become dangerously ill. 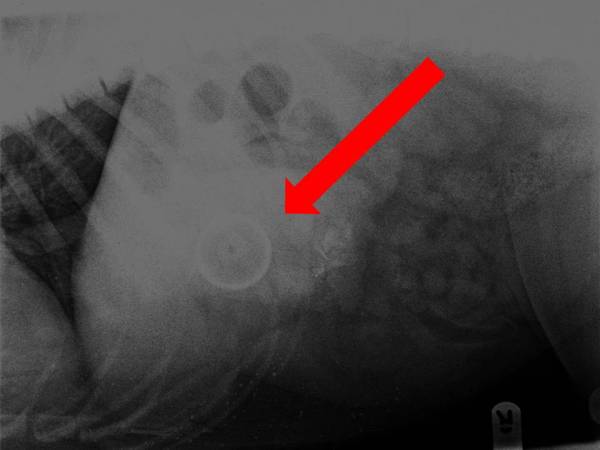 The X-Ray showing the tennis ball

Gateshead PDSA senior vet, Catriona Atkinson, said: “A large blockage of this nature creates a life-or-death situation – without surgery, it is highly likely that Zeus would have died. As with all major operations, there are risks, but it was the only option.” 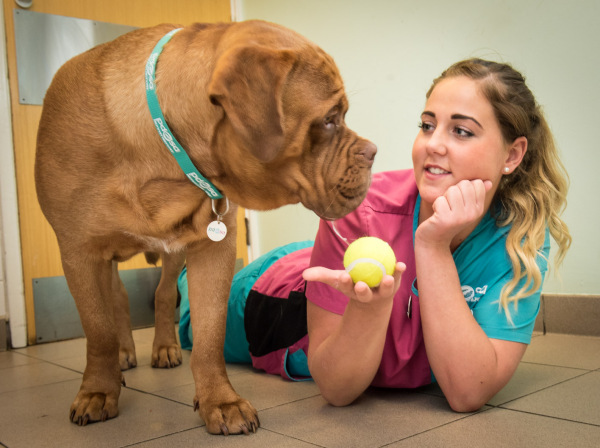 Emergency surgery was carried out and the tennis ball was removed intact. Zeus’s operation went extremely well and he was kept in overnight for observation. He quickly bounced back to health, and has returned to his lovable self.

Relieved owner Richard, said: “Zeus is a big softie and loves meeting other dogs while out on walks. He’s got a cheeky side, as he does love to play with a ball – even if it’s not his! I couldn’t believe it when he swallowed the ball. Now he’s a bit older, he has stopped picking up items, but we make sure we watch him really closely. He’s a brilliant dog and we’d be lost without him – I’m so grateful to PDSA for saving his life.”

PDSA vets see many cases of pets eating not-so-tasty snacks every year, which in some circumstances can be fatal if they get stuck in their throat or cause a blockage in the intestines. Owners are advised to contact their vet for advice straight away if they suspect their pets have eaten something they shouldn’t.