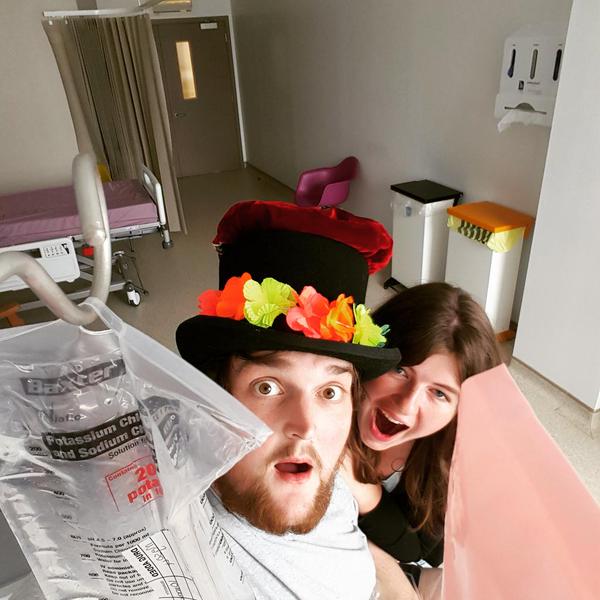 Twitter Followers Donate More Than £16,000 During One Chemotherapy Session

By Nisha Kotecha on August 5, 2015 0 Comments
John with his girlfriend Ella

John Underwood, 25, set up a JustGiving page during his first chemotherapy session. He tweeted the link out to his 1,934 followers. The response has been incredible. 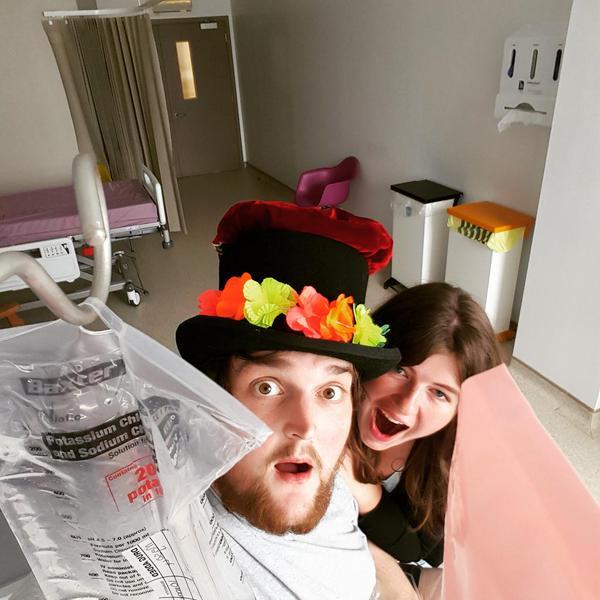 John with his girlfriend Ella

Diagnosed with a very rare, late-stage lymphoma just two weeks ago, John might need a stem cell transplant to cure him of the condition. He wrote on his JustGiving page: “My best shot at an eventual recovery will probably rest with Anthony Nolan. AN is a charity that finds stem cell transplants for people who, like me, have a cancer of the blood.“

John has been live tweeting much of his treatment ever since he was rushed to hospital with a vomiting bug. This has continued and he has been tweeting during his first chemotherapy session.

Within 45 minutes of John tweeting the JustGiving link out to his followers he had raised £1,000.

So, um, that’s the £1000 target smashed. In… 45 minutes? Blimey. Fuck. Watching that creep up was supposed to occupy me for WEEKS.

You are all INCREDIBLE. £1000 is ten new people on the register. Ten potential matches. Ten lives saved. https://t.co/oCApRRE0GA

By the end of John’s first day of chemotherapy he had raised over £16,000.

Don’t know about you, but I’m chuffed with £16.5k+ over the course of Chemo Day One. Yep. Pretty solidly chuffed. pic.twitter.com/NFFKPNzq56

The total continues to rise, and is currently at £18,506.37. In just over a day John has raised enough money to pay for the recruitment of 176 stem cell donors.

You can follow John’s journey via Twitter: @JM_Underwood and you can read more of his story and donate via his JustGiving page. Learn more about the work Anthony Nolan do and how you can help by visiting their website.