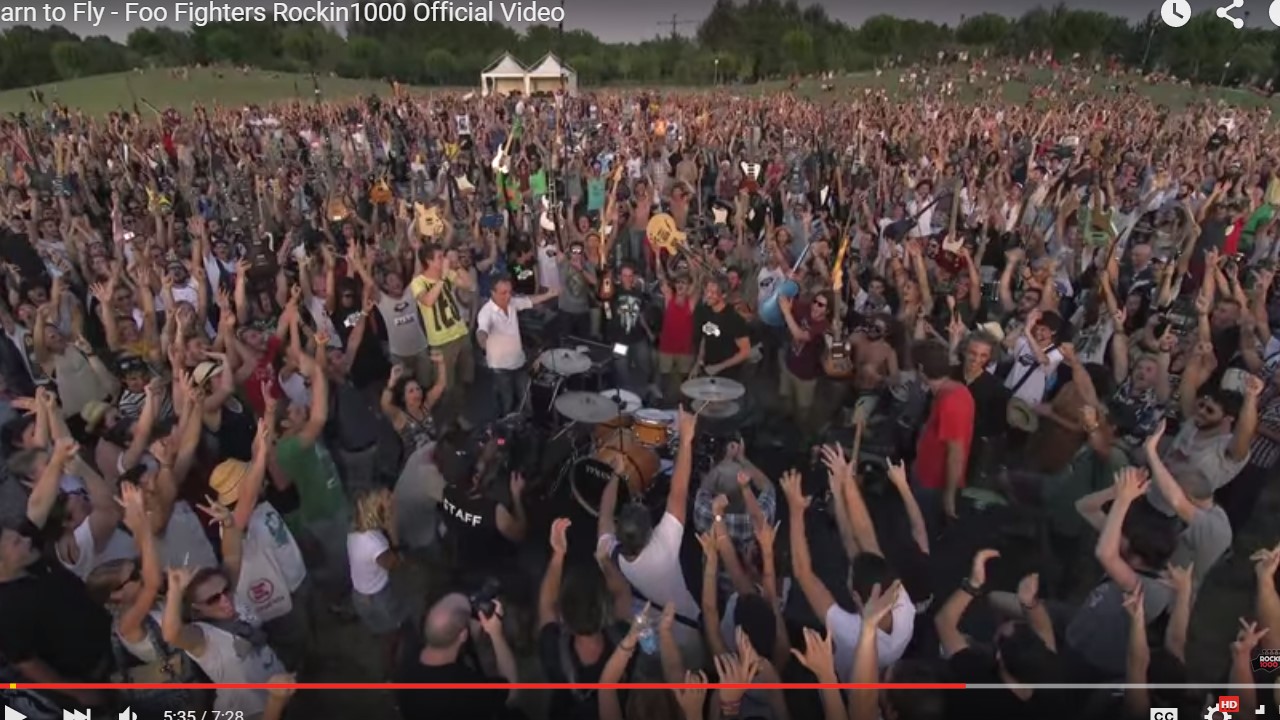 Sometimes good things come in unusual packaging, with a goal that will benefit people in an unexpected way.

Take the small Italian town of Cesena, Italy, where Foo Fighters fan and dedicated rocker Fabio Zaffagini dedicated a full year of his life to gathering 1000 musicians from across the country to play just one song: Learn to Fly.  Why did he do this? To ask the Foo Fighters to play a concert in this little town nearly three hours east of Florence.

The resulting video is pure joy: people singing and dancing in unison, drummers perfectly pounding away at their kits without missing a beat, guitarists young and old playing their hears out. It’s karaoke taken to a whole new level.

Conducted by one very exuberant man with mad scientist hair, Zaffagini’s efforts have caught the attention of not just the world but of Foo Fighters leader Dave Grohl himself, who not only responded to the video positively – he did it in Italian. Yes, the Foo Fighters will be bringing their special brand of rock ‘n’ roll to Cesena and it’s happening because one man had a great idea and didn’t give up until he made it happen.

Congratulations to Fabio Zaffagini and all the 1000 dedicated musicians who made this fabulous event happen.  You’re all a great example of how a small idea can make big things happen. Even if Grohl and the gang had ignored the video or declined to play in Cesena the event was still a success because that many happy faces can never be wrong.