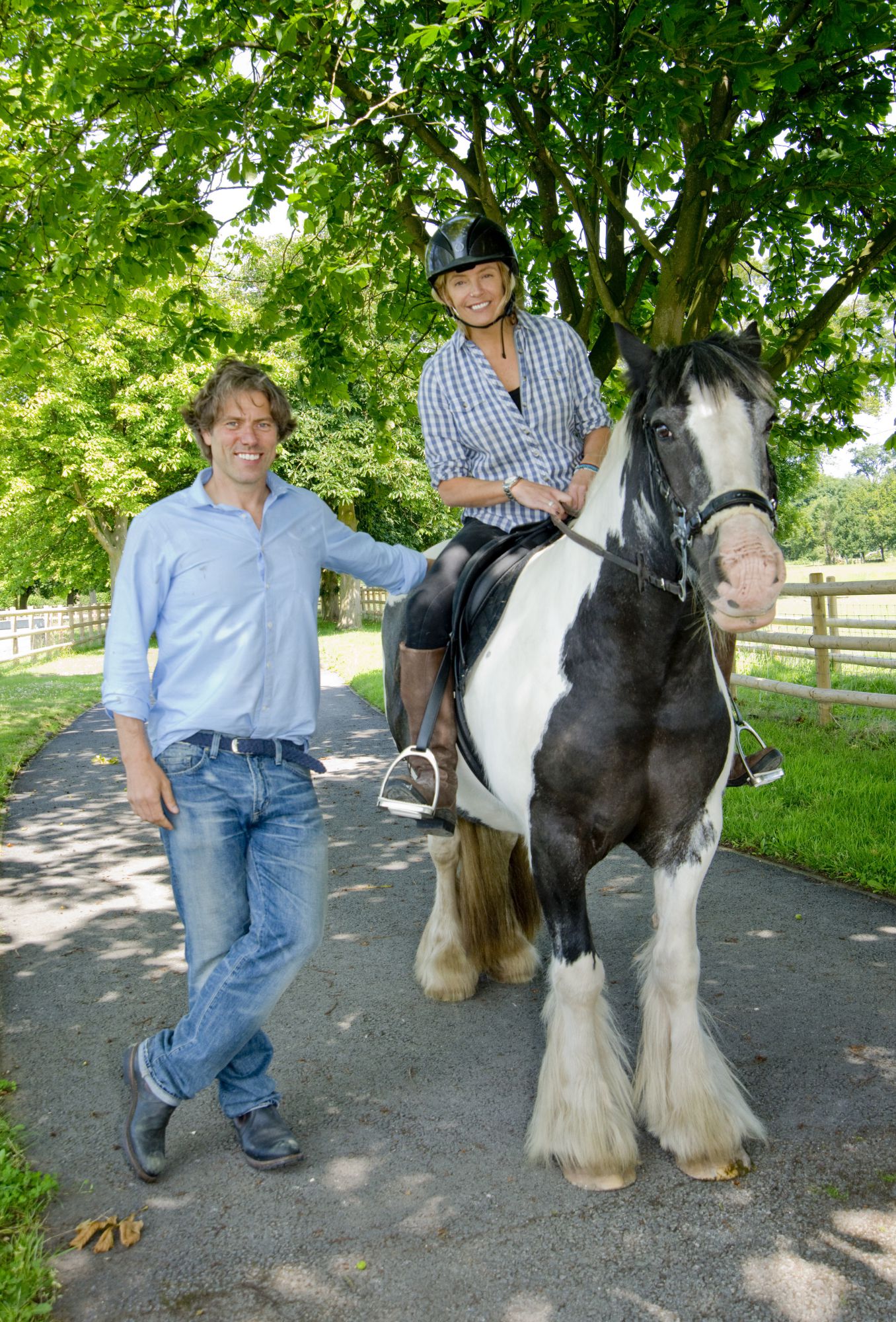 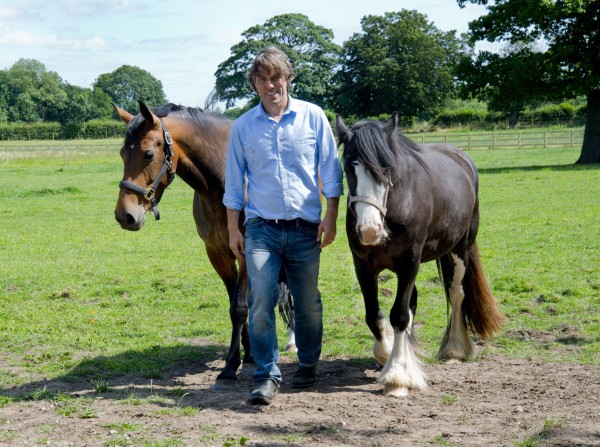 John said, “Melanie and I share a love of animals of all shapes and sizes and foster the belief that there are so many animals who have been neglected or abused that rehoming is the only logical option. It makes no sense to us why anyone would breed foals, puppies or even goldfish when there are so many deserving animals who need good homes.”

Supporting World Horse Welfare’s ‘Rehome a Horse Month’ this September, John and his wife Melanie urged people to considering buying an animal to consider rehoming instead. 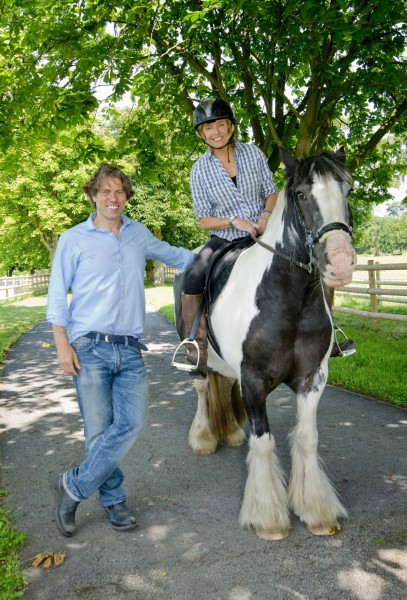 Dora, Amara, Indie and Mable have settled in perfectly with John and Melanie’s other rescue pets, including two English Bull Terriers Bilko and Tigger as well as their rehomed pot-bellied pig, Milo, at their home in the north of England.

Melanie, who has been around horses for most of her life, said, “The plan wasn’t originally to have four, but the little herd we rehomed now feel they like they belong together.”

Penny Farm Rescue and Rehoming Centre Groom Hayley Penrice explained why the four were the perfect match for the Bishop family: “Melanie and John initially rehomed Dora who came to us extremely underweight and Amara – a beautiful mare who had also suffered from terrible neglect.  It’s likely that Amara spent her early years fighting for the little food available and as a result she has a very strong personality. Melanie felt that both Dora and Amara would benefit from another couple of horses to change the dynamics.”

Hayley agreed that Dora – in true celebrity style – could do with a bodyguard! So beautiful Piebald mare Indie – who won’t be pushed around by anyone – was also rehomed to keep Amara’s diva tendencies in check.  Little filly Mable joined the trio as the perfect playmate for gorgeous Dora.

Melanie says that the horses are already part of the family: “Rehoming through World Horse Welfare was so easy – the team at Penny Farm Rescue and Rehoming Centre have been flexible and helped us every step of the way. We are delighted that they were able to match us with four horses who perfectly suit what we were looking for.”

Amara, a 5 year old 15hh Bay Warmblood mare came in with 4 other horses as part of a welfare concern. She was incredibly underweight, and had very bad rain scald. Amara started work towards becoming a ridden horse summer 2014, but unfortunately went lame. Despite the vets and farriers working as a team to make her sound, the decision was made to rehome her as a companion.

The couple are delighted with how Amara is doing. Melanie said, “Amara had a really tough start in life so it’s great to see that she still has the confidence to throw her weight around a bit.”

Find out more about World Horse Welfare and see which horses are looking for a home by visiting their website.