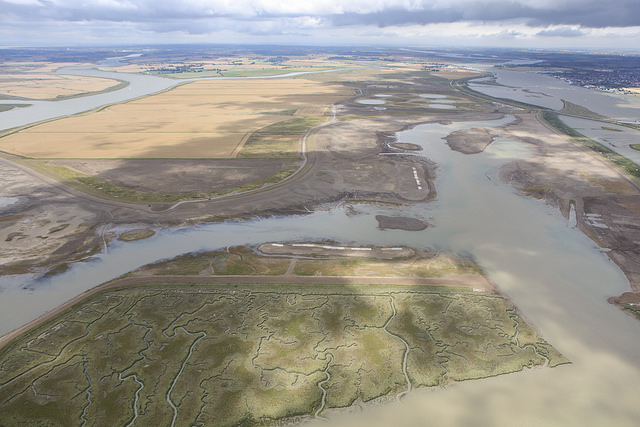 More than three million tonnes of material excavated from London as part of the Crossrail project was shipped to Wallasea Island in Essex, England to create Jubilee Marsh, named in honour of the Queen’s Diamond Jubilee, which was held when work on the marsh began in 2012. 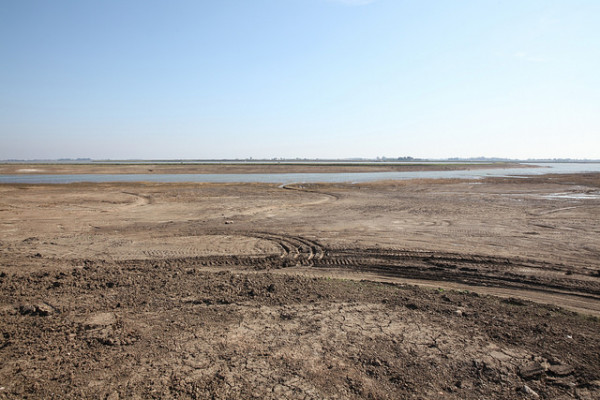 It was officially opened on Friday 11th September 2015, marking the completion of the first phase of the RSPB’s Wallasea Island Wild Coast project – a world-class initiative in Essex in which conservation and business sectors have united to help wildlife and local communities adapt to continuing climate change. 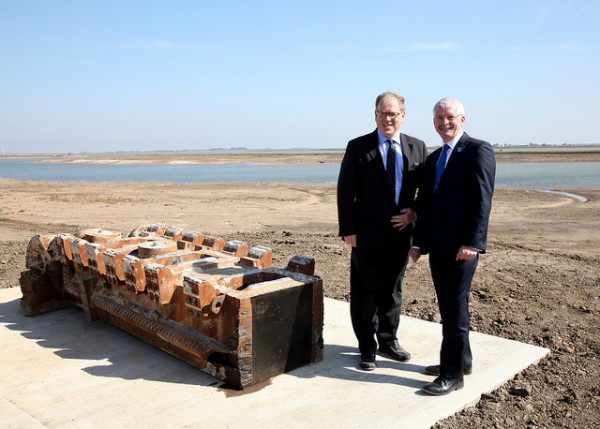 A five-tonne, seven-metre tall cutter arm from Tunnel Boring Machine Victoria, one of eight machines that created 42km of new tunnels under the capital will be unveiled as a permanent monument to this innovative partnership.

The Wallasea Island Wild Coast Project will safeguard local wildlife and communities from rising sea levels, including providing a habitat for the arrival of species from further south in Europe, such as the black-winged stilt, expected to colonise southern England as the climate continues to change.

Also, the Kentish plover, a wading bird which became extinct as a nesting bird in the UK, could possibly return with the conditions being created at Wallasea. 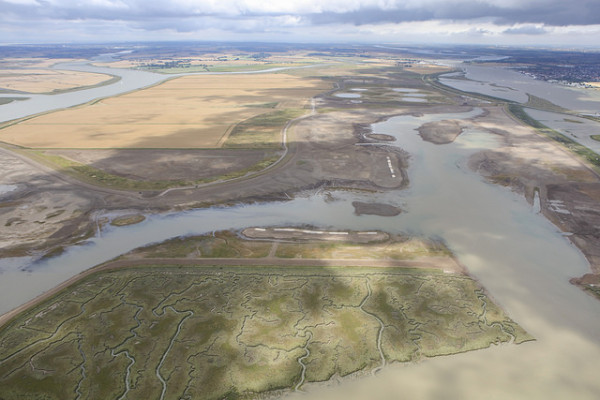 The Wallasea Island is open to the public. Head on over now to see Jubilee Marsh flooded, following a controlled breach of the sea wall on 11 July 2015.