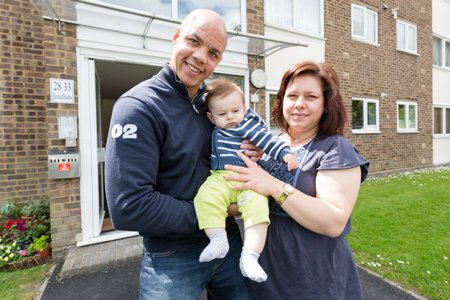 Heroic Volunteer Saves Baby thanks to his Quick Thinking

By Nisha Kotecha on September 24, 2015 0 Comments
John Edwards with Galya and baby Arda 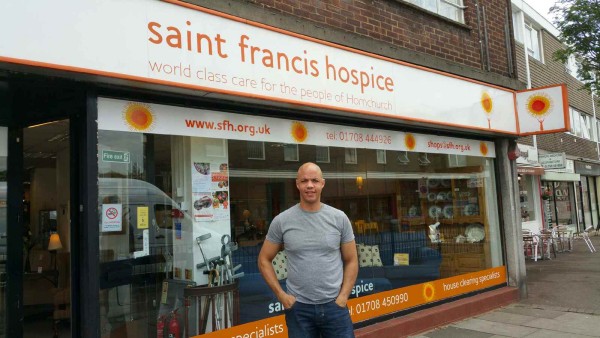 John outside the Saint Francis Hospice

A volunteer at Saint Francis Hospice helped save a seven month old baby after being in the right place at the right time.

John Edwards and hospice driver Andy Brown were due to deliver a cot and a mattress to Galya Angelova who is a regular customer of the Saint Francis Hospice Hornchurch furniture store at 2pm.

As fate would have it they were passing close to Galya’s home in Chaplaincy Gardens in Hornchurch just before 12 so they gave Galya a call to see if they could deliver the goods earlier than originally planned. She agreed, but when they knocked at the door 31 year-old mother Galya ran out of the flat crying with her seven-month-old baby Arda who wasn’t breathing.

Quick-thinking John took “lifeless” Arda, laid him down on a pillow and began performing CPR.

“To me, he was dead. He was white, his lips were blue and his pupils were very small. His grandmother was there screaming but didn’t speak English and his mother was calling an ambulance and had her daughter with her.”

“I had to work out what to do. I had to keep calm. I blew in his mouth and used three fingers to press his chest 10 times, I did that twice. After the second time, he started breathing” said John.

“I thought my boy was dying,” said Galya. “John saved his life”.

Galya and partner Taner Armusen – who had rushed home from work – then took Arda to Queen’s Hospital in Romford  in an ambulance where doctors said he had suffered a serious convulsion. 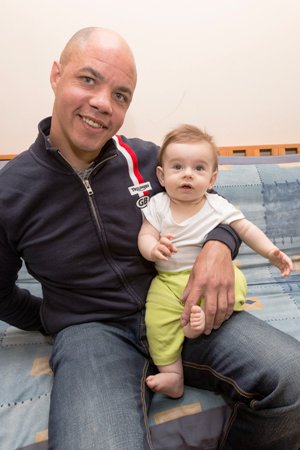 John admitted that what he had done didn’t really sink in until he got back to the shop. “I had a moment and started to cry” said John.

A relieved Galya said, “Arda was suffering from a fever and had a serious convulsion, but is now completely fine – which is the best thing because sometimes it can affect a child a lot.”