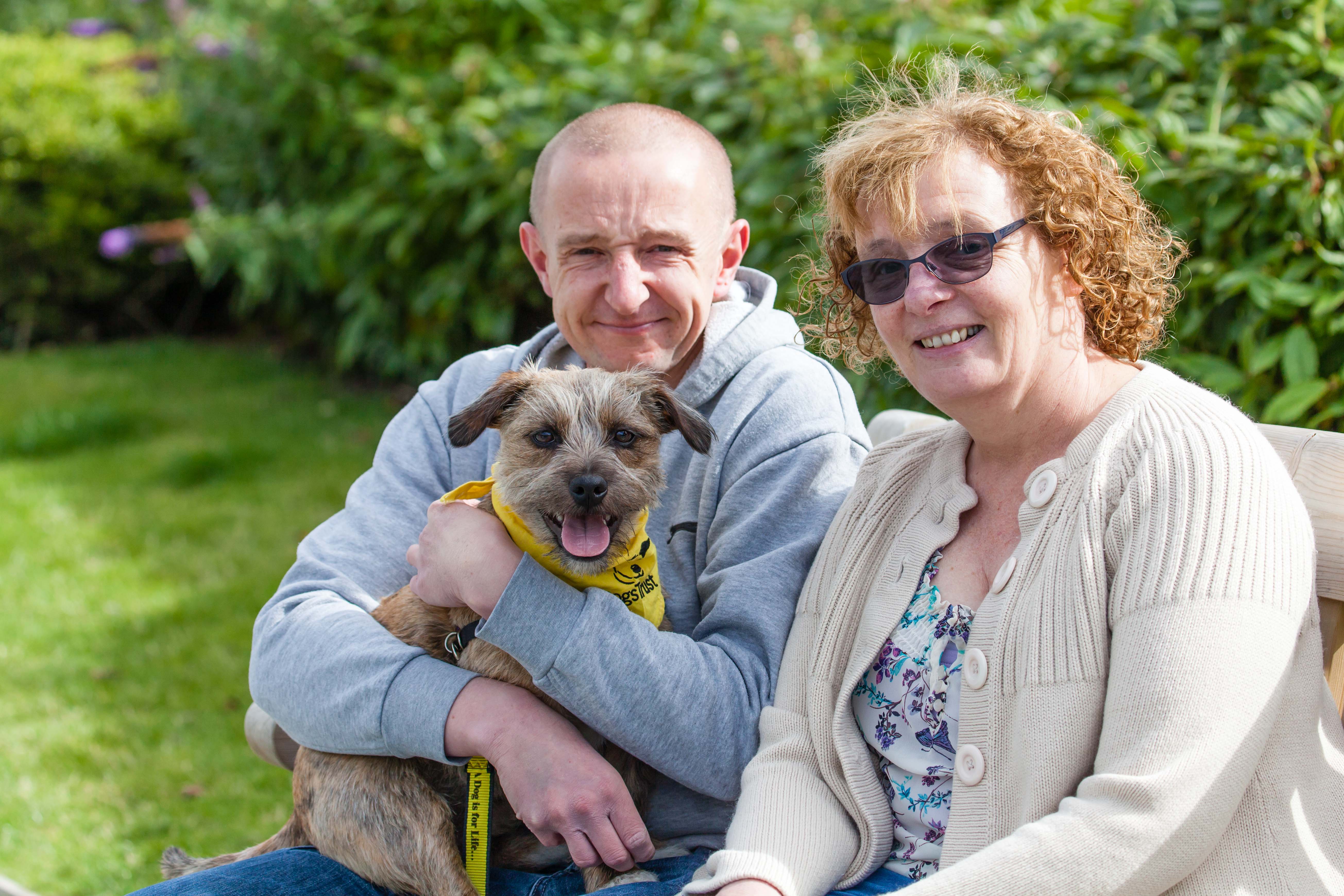 Dan rescued Scamp when he was just a few months old, the young pup has helped Dan turn his life around (Photo - Wendy Lovatt)
Amazing Animals

My rescue dog saved my life

By Nisha Kotecha on September 29, 2015 0 Comments
Dan rescued Scamp when he was just a few months old, the young pup has helped Dan turn his life around (Photo - Wendy Lovatt)

Our animal of the month for September 2015 is Scamp the Rescue Puppy.

This time last year Daniel McCormack was suffering from anxiety and depression after a life threatening accident and he hardly ever left his house. But now, the 33-year-old is enjoying life again and he says it’s all thanks to Scamp, a three-month-old puppy he rehomed from Dogs Trust Manchester in Denton. 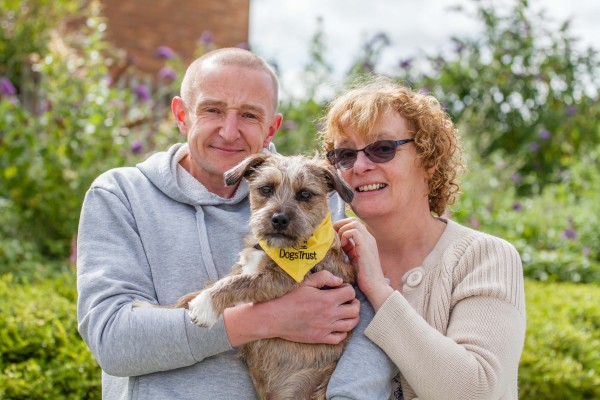 “He has saved my life,” says Dan who lives in Heaton Chapel, Stockport. “Since day one we bonded and now we’re inseparable. I know I was rescuing him as he didn’t have a home and he was so young, but he has definitely rescued me. He has given me a reason to live; to get up in the morning. If I hadn’t got him I wouldn’t be here now.” 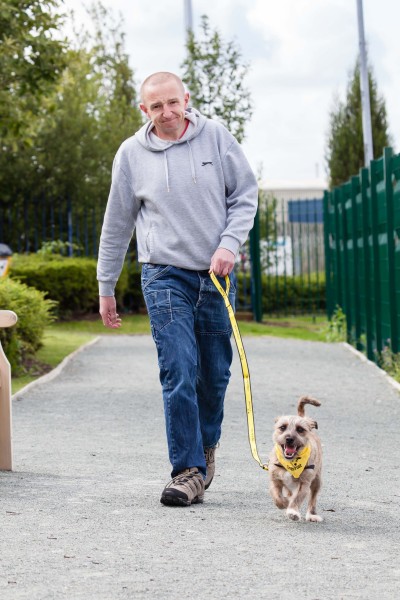 From not wanting to leave the house, Dan now has a new circle of dog-walking friends thanks to Scamp (Photo – Wendy Lovatt)

Remembering the night of the accident, Dan’s mum, Barbara, said: “As a family we’ve had a tough time and Dan’s coping mechanism was to have a drink. In May last year he fell and knocked himself unconscious. He was rushed to hospital and was found to have a fractured skull and a bleed on the brain so he needed emergency surgery. We didn’t know what the future was going to hold.”

Dan was in hospital for seven weeks and when he came out it was obvious it was going to be a long road to recovery. He needed regular physiotherapy and occupational therapy as he was unable to walk properly and his speech and his memory had been affected too. The accident had also affected his personality – rather than being the confident outgoing person he had been before, he became a virtual recluse. When his Occupational Therapist suggested he might benefit from having something to give a purpose and structure to his day, Dan started to think about getting a dog.

After discussing the level of commitment looking after a dog would take, Dan and Barbara finally went to Dogs Trust last December and were introduced to Scamp. Both fell in love with him and from the day they took him home, Dan’s life changed for the better. 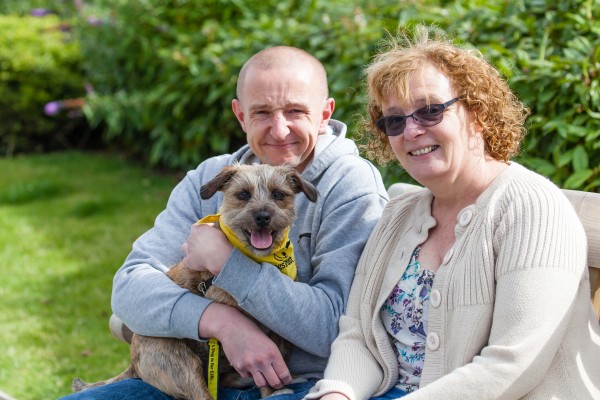 Dan rescued Scamp when he was just a few months old, the young pup has helped Dan turn his life around (Photo – Wendy Lovatt)

He says: “I don’t drink any more and whereas before I wouldn’t even walk to the bus stop, now I’m out for hours in the fresh air. I’ve got a new circle of dog-walking friends too. If I’m having a bad day, it doesn’t matter to Scamp. I still need to walk him, play with him, feed him, do his training to make sure he’s happy and healthy, and it’s worth it. He makes me laugh every day! It’s been a tough fight and without Scamp I know I’d have lost.”

To find out more about Dogs Trust Manchester go to www.dogstrust.org.uk or visit the centre on Parkway, Denton, M34 3SG. It is open 12pm-7.30pm during the week, but closed on Wednesdays, and 10am-4pm at the weekend.

Help us celebrate Scamp, our ‘Amazing Animal of the Month’, by sharing his story.