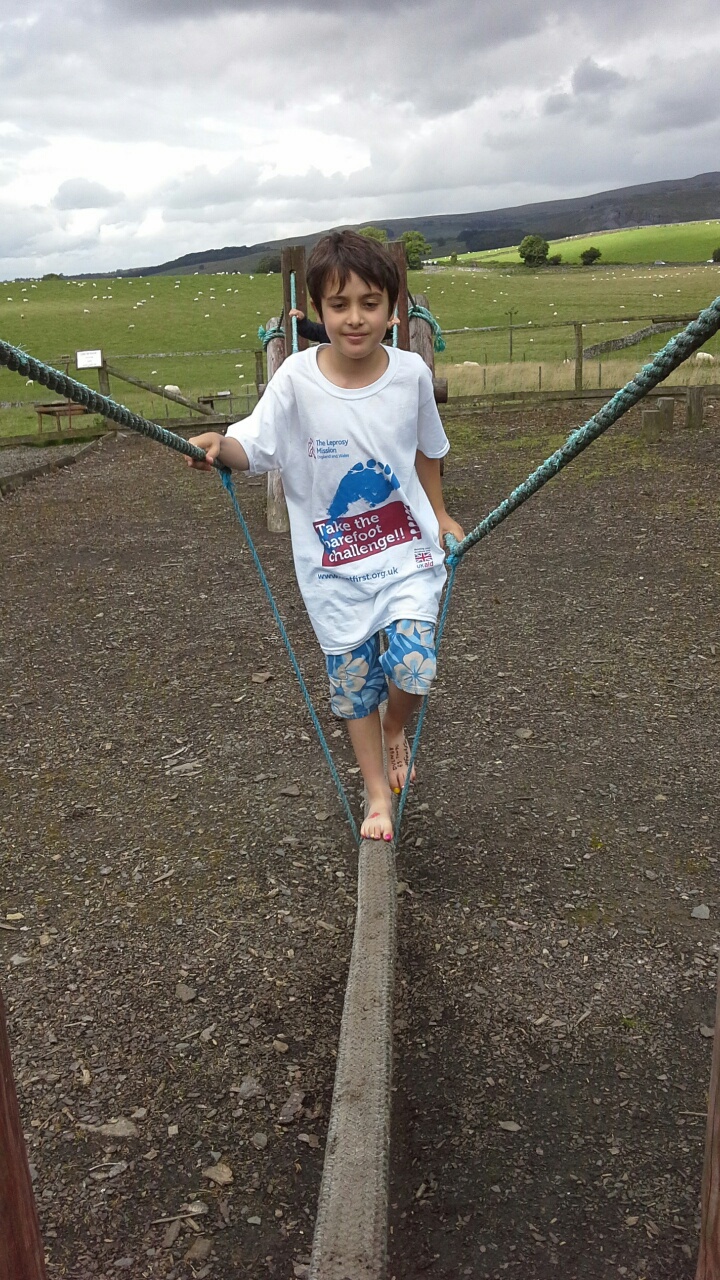 Nine year old Dylan has gone barefoot for a weekend to raise money for people affected by leprosy.

“Giving up things makes me remember how lucky I am,” he said. “I like to help others.” 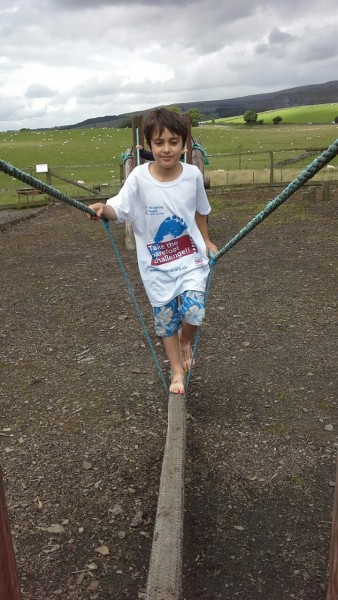 He raised more than £300 for The Leprosy Mission England and Wales’ Feet First challenge. Money raised during the three month campaign will be doubled through the government’s UK Aid Match scheme for development charities. This means that Dylan will help to buy protective sandals for 30 people in Mozambique.

Dylan, who read about leprosy in The Bible, said: “I like giving up things. ”

He has raised funds for a homeless charity, the Children’s Society and for his local church’s restoration funds in the past.

Dylan’s barefoot weekend included walking on gravel, playing outdoors and even going to church where “the stone floor was cold”.

He said: “I had to walk slowly first, then it got easier. I was happy tell people about leprosy.  It made me feel closer to Jesus.”

Mum Catherine said the family even went to the theatre, a music gig and visited their favourite pub where Dylan walked on cobblestones.

“I am always amazed at Dylan’s understanding and awareness of others and his passion and desire to help, and his amazing strength and determination,” she said.