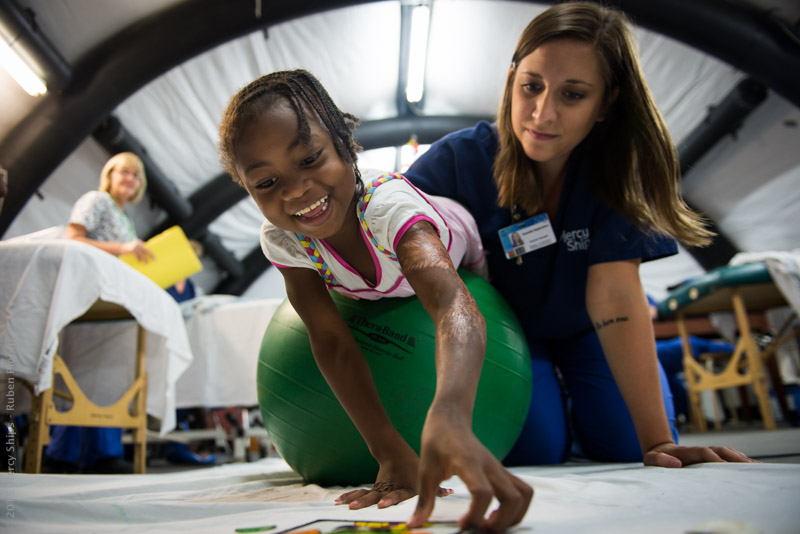 “Making one person smile can change the world. Maybe not the whole world,

but their world.” – Unknown 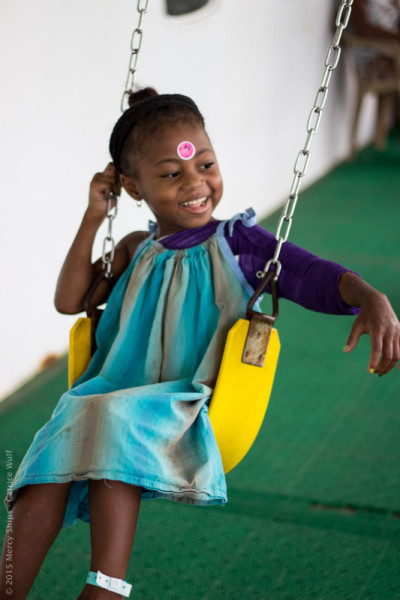 When Marie Sylvie was 2 years old she fell into a pot of boiling water which left her with severe scarring and, as her wounds healed, her arm became stuck to her body. She could barely move it. Marie Sylvie was embarrassed to go to parties. She couldn’t wear the same clothes as other girls. When she initially visited Mercy Ships’ floating hospital she was shy and reserved. She found it difficult to smile.

Marie Sylvie’s mother, Felicie, was desperate for help. She told us, “The problem was always the money. Always the money. It would have been impossible for us to find the money to do surgery.”

Thanks to its hospital ship, Mercy Ships was able to make the impossible a reality by performing a free surgery to release her trapped arm. 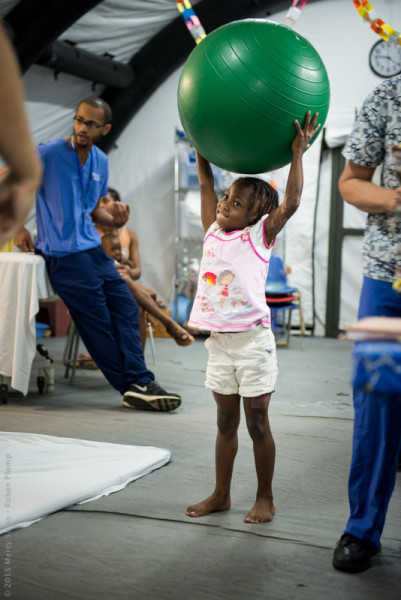 Marie exercising in rehab after her surgery with the help of Danielle, a Physical Therapist. Photo Credit Ruben Plomp

With a huge smile on her face, Marie Sylvie can now lift her arm about her head and behave like other girls her age. 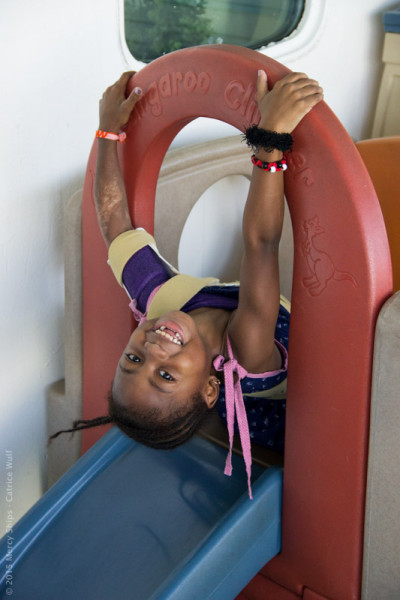 Marie Sylvie is just one of thousands of patients whose lives have been utterly transformed during Mercy Ships’ 8 month outreach to Madagascar. Find out more about Mercy Ships by visiting their website.