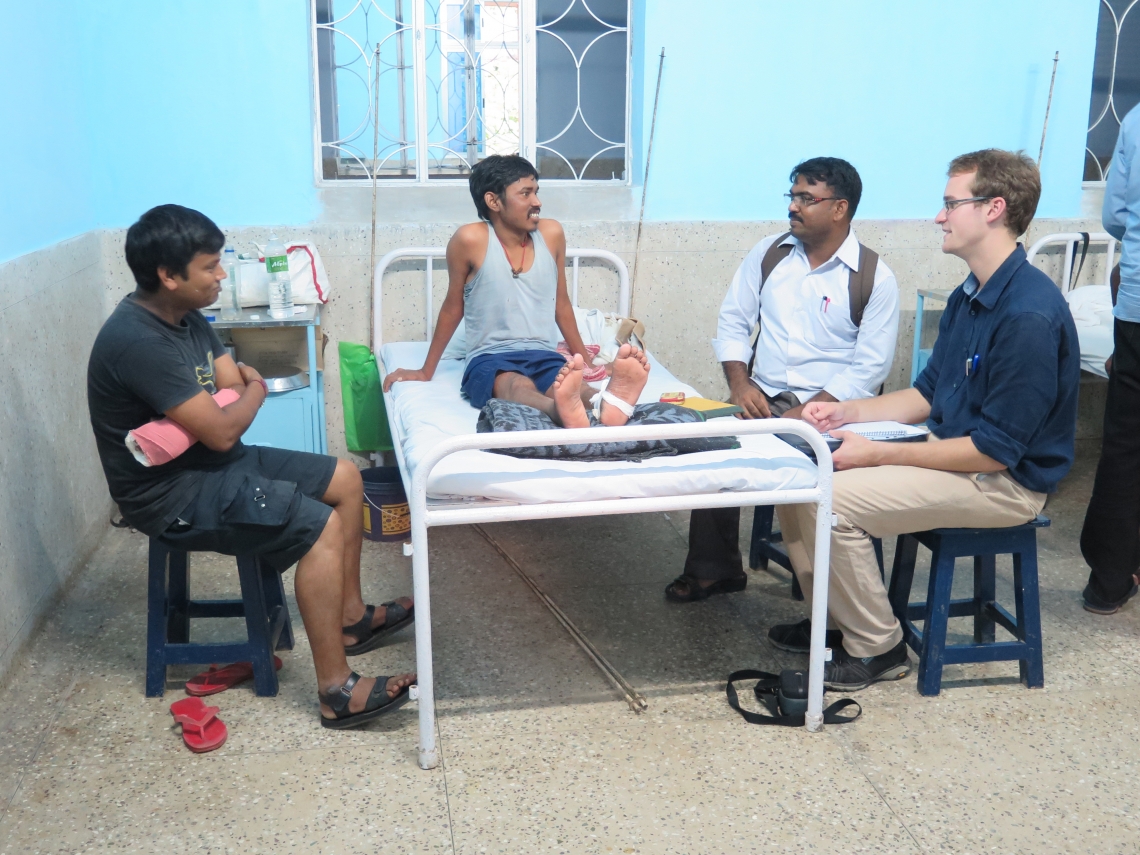 When trainee doctor Alasdair Menzies landed in India on a hot August dawn, he knew it would not be plain sailing – because he would be spending the next three months working in leprosy hospitals and clinics.

What the 23 year old had not anticipated was that the plight of those affected by the disease would be far worse than anyone living in the West could imagine.

The Plymouth University’s Peninsula School of Medicine and Dentistry student’s medical elective – a placement undertaken as part of a doctor’s degree – was organised by The Leprosy Mission England and Wales at hospitals and clinics it supports. 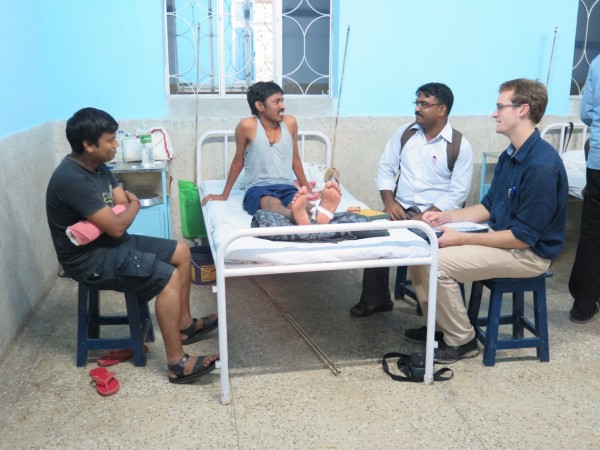 Alasdair, who spent time in Shahdara, situated in the slums of Delhi and Purulia in one of the poorest areas of West Bengal, said he was shocked by the stark reality of the effects of the disease and humbled by the resilience of sufferers.

“When you first enter the wards for leprosy patients, it doesn’t seem to take you by surprise,” he said. “It’s probably because the patients are friendly and polite and smile at you. But once the enormity of what some of them are facing dawns, it is pretty shocking.

“The extreme disability, psychological distress and social stigma are stark. Most of the people have very little material possessions, yet they always seemed positive.”

Leprosy is completely curable but the stigmas associated with the disease means many people hide the symptoms until it is too late. They can still be treated with Multidrug Therapy – a combination of a combination of rifampicin, clofazimine and dapsone -but the damage to their hands and feet is sometimes irreversible.

In 2014 there were 213,899 new cases of leprosy diagnosed world-wide.  More than half of these were found in India.

Alasdair assisted physiotherapists, helped with splinting, shadowed doctors and accompanied medics when they went into communities to treat people.

He said: “I’d often shake the hands of patients, which may not seem a big thing. But not too long ago the general belief was that leprosy was spread by touch which we now know not to be the case.”

Leprosy is not hereditary. It is most common in places of poverty where there is overcrowding and poor nutrition.

Alasdair said he now has renewed respect for the National Health Service and believes “we are very lucky to have the NHS”.

The oppressive heat and the initial loneliness, he concedes, were mentally and physically challenging and left him with “lots of doubts” in the early days, particularly when he saw pictures on social media of course mates enjoying warm beaches during their electives, while he was sweltering in the slums of Delhi.

“But the great thing is you overcome all that,” he said.

“Soon I began to understand the culture, and a little of the language, and that made me confident of my surroundings. I began to see that there was a purpose to my being here. The hands-on experience of talking to patients and examining them is invaluable. The experiences have definitely reaffirmed my vocation to become a doctor.”

No one who visits India can escape the sights of extreme poverty. But within that uncomfortable landscape you encounter many people who despite unimaginable hardships can smile for a stranger and generously share even the little they have. Alasdair said he found such experiences “touching and humbling” and they will be the lasting memories of his experiences in India.