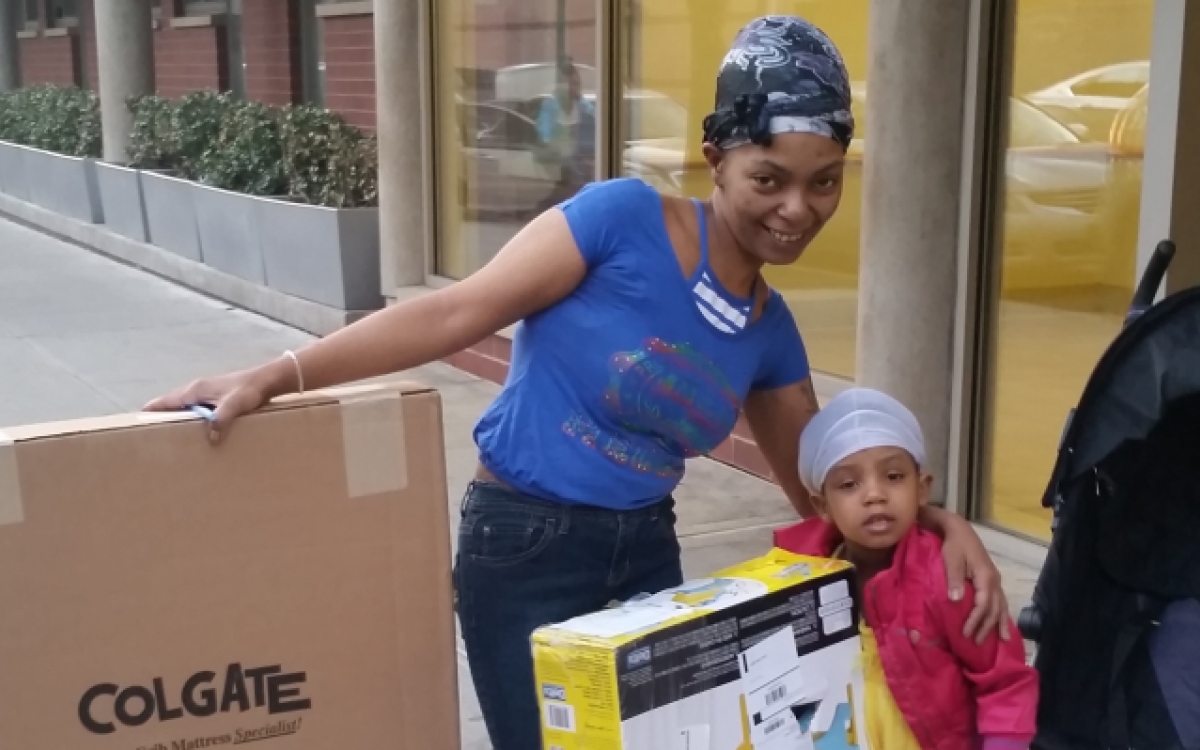 A Veteran and her daughter receive furniture from A Place to Call Home. Photo: Pathways to Housing National
Transforming Lives

Rethinking the Way We Fight Homelessness

By Emmanuel Elone on November 4, 2015 0 Comments
A Veteran and her daughter receive furniture from A Place to Call Home. Photo: Pathways to Housing National

War is a horrible thing. It takes away loved ones, destroys all that people hold dear, and leaves humanity stunned and ashamed, unable to even comprehend the atrocious acts that it just committed. This, and much more beyond our imagination, was the life of Tony Presley in the late 1960s as he bravely fought to serve his country in the Vietnam War. When he was discharged and diagnosed with PTSD, he returned to his beloved nation, only to find that the nightmare of a life that he imagined to have was left behind more than thirteen thousand kilometers away had followed him.

He was now homeless.

It would be wonderful to say that Presley’s case was an exception, but it is tragically more of a larger phenomenon among veterans of that era. After the war, many soldiers returned, traumatized and unable to resume a normal life. Like Tony, they couldn’t hold a job as a result of PTSD, and it was only a short amount of time before they were left homeless in cities across the United States. This was worsened in the early 1980s, when President Ronald Reagan removed funding for mental health services, job training and prison counseling, resulting in thousands of mentally disabled and elderly becoming homeless. It is a problem we still are trying to fix over thirty years later.

In the past, housing for the homeless took lower priority than job training, counseling and psychological therapy. For decades, it was believed that, by treating the mind, a person would be able to regain control of their life, get a job, and eventually work their way out of homelessness. We now know that that is the worst way to try to deal with issue, both economically and ethically.

In regards to finances, it is more cost-effective to house the homeless before giving them psychological treatment. Therapy helps as well, but only after the patient has a place to call home. Otherwise, the millions that American taxpayers give to state and federal-level counseling do not benefit the disenfranchised, resulting only in wasted resources. Add to that the millions more that Americans pay in taxes in order to fund state and federal prisons, where over half of the homeless in mental health counseling end up in at least once in their lives, and a system is created that is inefficient, costly, and burdensome to the country as a whole.

However, another question that can be raised is this: how fair is it to say to an individual that counseling and therapy is all you need to get yourself out of homelessness? Assuming that counseling does help, we cannot expect people to keep a steady job when they have to search every night for a place to sleep. As many critics of the current system have pointed out, housing for the homeless should be the “fundamental goal,” working in conjunction with long-term counseling programs to help keep people off the streets permanently.

This is the chief objective of “Housing First.”

Dr Sam Tsemberis founded the program, and it is revolutionizing the way that Americans combat homelessness today. The plan works with state and federal governments to give free housing to the homeless by providing case managers for them and giving vouchers out of taxpayer money to pay for at least half of their rent. This program has allowed Tony Presley to get an apartment in North Hollywood, the same city where he had to endure homelessness for over fifteen years. And with eighty-four percent of the homeless managing to keep their housing with regular counselling and therapy sessions, the program has better results than anybody, even Tsemberis himself, predicted. 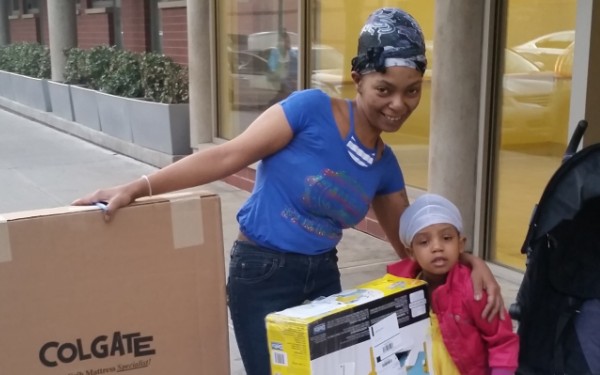 A Veteran and her daughter receive furniture from A Place to Call Home. Photo: Pathways to Housing National

This is great news for many of the homeless in cities across the United States, but an important question must be asked: how economically feasible is “Housing First”? According to Tsemberis, each individual would cost between 30,000 and 40,000 dollars annually. For many, that sounds expensive, but in actuality it is quite cost-effective since less taxpayer dollars would be transferred to the federal prison system, health care, and counseling, all of which drained more money than the “Housing First” program, making this one of the most effective systems for combatting homelessness that we have made in the last half-century.

For many, it is hard to fathom homelessness, simply because we take for granted the roof above our heads, the sheets we get under when we sleep, or the utilities that have existed in our homes for our entire lives. Yet, for the men and women like Tony Presley, that is what they face everyday due to failed government programs and bad economic policy. However, while humanity can be the cause of many of the world’s most horrific problems, it can also be the solution to some of them as well. With programs like “Housing First,” we can fix the mistakes made decades ago, and make this world a better place. It is, of course, the only home that we have.