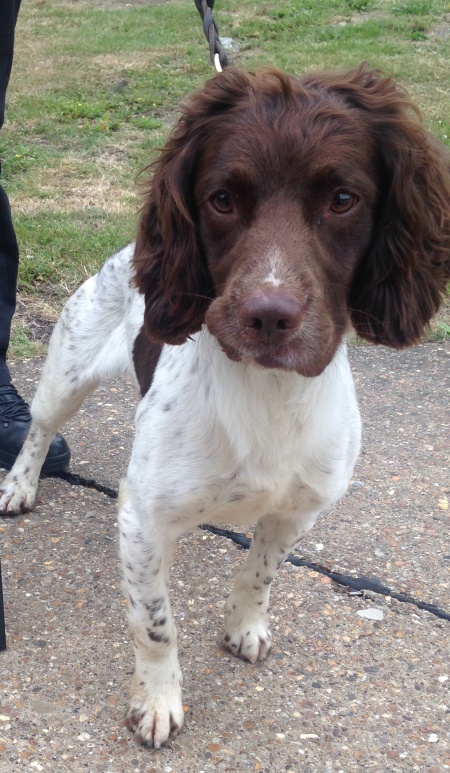 Homeless Dog Has Life Changed After Becoming a Police Dog

A rescue dog has gone to top of the class after qualifying as police dog, trained to sniff out drugs, cash and weapons.

Charlie the springer spaniel arrived at the Blue Cross pet charity’s centre in Tiverton, Devon, when his owner was no longer able to care for him. The team at the centre quickly realised that Charlie had what it takes to be a working dog. 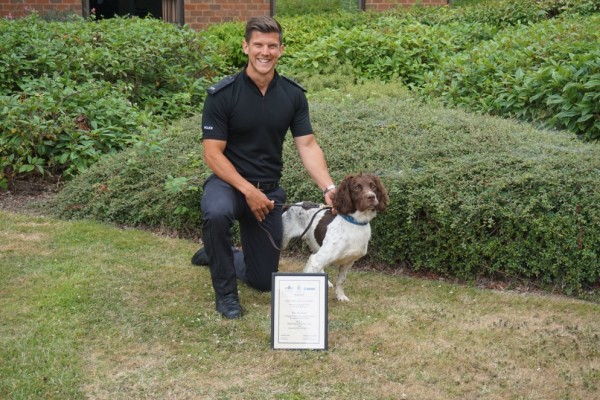 Jay Cruikshanks, Centre Manager at Tiverton Blue Cross said: “As soon as Charlie arrived he had his nose to the ground sniffing or he would be staring at us as if he was desperate to be given a job. We tried some simple searching games with him and he took to them like a duck to water – it was obvious that with his drive and energy levels, Charlie needed more than the average family home.”

Blue Cross contacted a number of organisations that train working dogs and after passing some tests, Charlie secured a place with Bedfordshire, Cambridgeshire and Hertfordshire Police to learn how to become a drugs, cash and weapons detection dog. 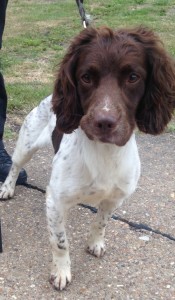 Charlie embarked on a training course to learn how to sniff out a range of illegal substances – including heroin, cocaine, cannabis and cash – and quickly proved to be a natural.

Charlie’s trainer, PC Jason Keir of the Beds, Cambs and Herts Dog Unit, said: “Charlie was born to be a search dog – you just can’t faze him. He picked up everything we taught him so quickly and he has such a natural drive to go and search. We’re really lucky to have him on the team.”

Charlie graduated after six weeks’ training, along with four other dogs, to become a fully licensed police dog. He will be working alongside his handlers to help out in drug and money laundering cases.

Jay added: “We’re so proud of Charlie, he’s such a great ambassador for rescue dogs and has shown how amazing they can be. It just goes to show that every pet is different and at Blue Cross we always do our best to find just the right home for them, whether in a family or working environment.”

Blue Cross Tiverton finds homes for hundreds of unwanted and abandoned pets every year, funded entirely by public donations. To find out more about the pets currently looking for homes, or to make a donation, visit their website.