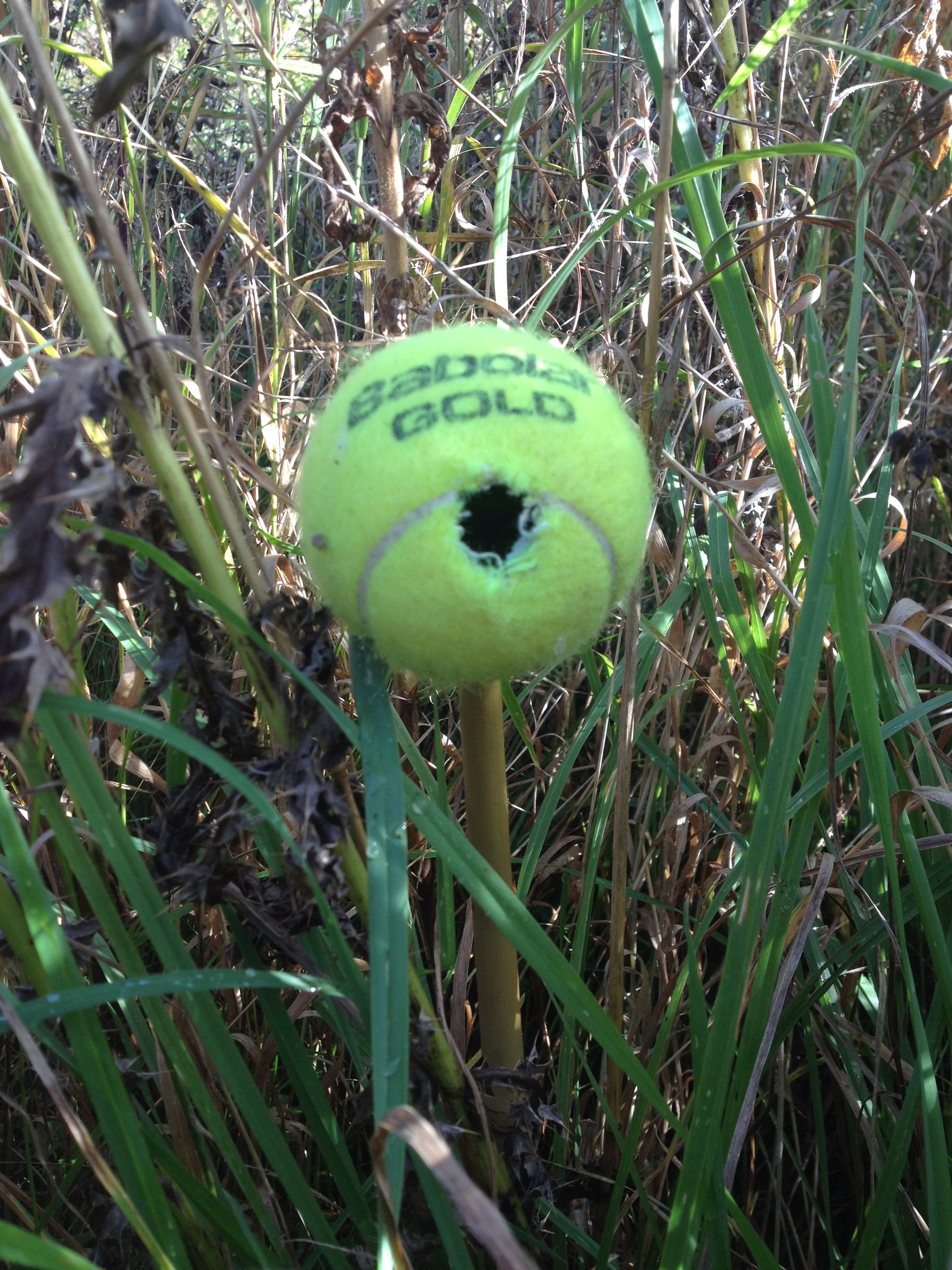 One of the tennis ball homes created for the harvest mice, made by the team at RSPB Burton Mere Wetlands, and donated by Neston Cricket Club. Photo: Alasdair Grubb
Amazing Animals

By Nisha Kotecha on November 27, 2015 1 Comment
One of the tennis ball homes created for the harvest mice, made by the team at RSPB Burton Mere Wetlands, and donated by Neston Cricket Club. Photo: Alasdair Grubb

One of Europe’s smallest mammals has been given a helping hand by staff at the RSPB’s Dee Estuary nature reserve – thanks to a kind donation from a local tennis club. 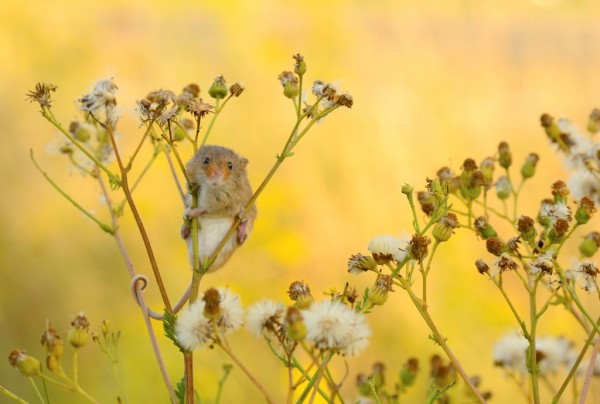 Since the discovery of an empty harvest mouse nest, found during recent grass cutting, alerted reserve wardens to the fact these tiny creatures are living on the Cheshire site, the team have been getting creative with an unlikely source – old tennis balls – to help give nature a home.

Harvest mice are not common so far north in England, so the team were interested to discover how many are living on the reserve and in which areas. Being tiny and secretive creatures, it can be difficult to survey their distribution, but thanks to an idea to use tennis balls as homes for the mice, the reserve staff will next year be able to gain a better idea. 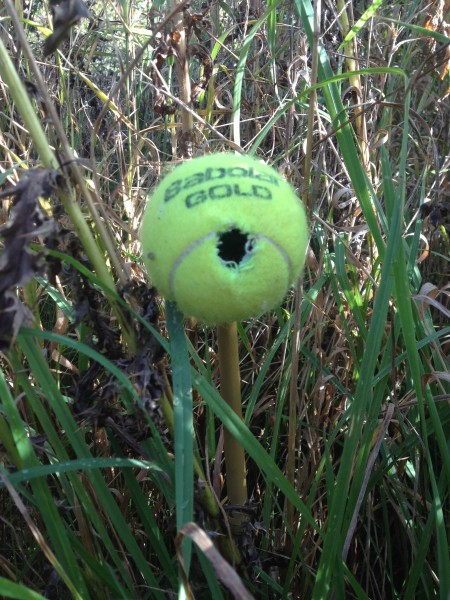 One of the tennis ball homes created for the harvest mice, made by the team at RSPB Burton Mere Wetlands, and donated by Neston Cricket Club. Photo: Alasdair Grubb

Alasdair Grubb, warden at the RSPB’s Dee Estuary nature reserve, said: “Sadly harvest mice numbers are falling in the UK due to changing farming practices and other pressures on our countryside, so we were delighted to discover they had made a home at Burton Mere Wetlands and were eager to find out how many and whereabouts they were living.

“Tennis balls might seem like an odd solution, but it’s actually a trick that’s been used with balls from Wimbledon for years. So, I contacted the tennis section at Neston Cricket Club and enquired if they would consider donating any of their used balls.

“The club coach, Dan Stickland, was more than happy to help and provided 35 old tennis balls for me to drill a hole in and put around the reserve in suitable locations; which means next summer I’ll be able to revisit each tennis ball and see whether it has been used as a nest.

“As well as allowing us a means of surveying the numbers, the tennis balls also protect the mice from predation and bad weather, and provide extra homes by giving them chance to nest in areas where there might be ample food, but not quite the right conditions.”

Despite this helping hand, unfortunately visitors to the reserve are still unlikely to see these cute little creatures due to their shy behaviour, but there are still plenty of reasons to visit Burton Mere Wetlands at this time of year, most notably for the vast flocks of ducks, geese and swans settling in for the winter.

For further information on the reserve and its activities, please call the reserve on 0151 353 8478 or check out their website.