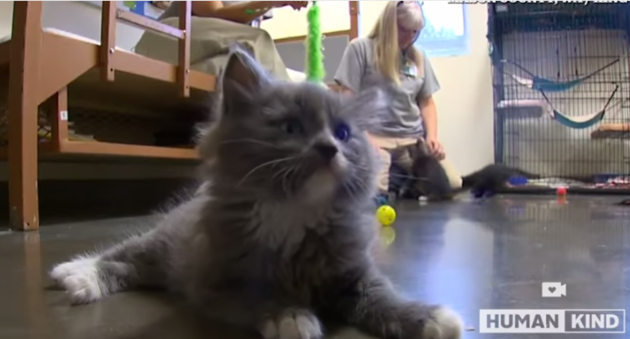 Orange is the New Cat

Silverdale, Washington is home to two seemingly unrelated things: the Mission Creek Corrections Center for Women and the Kitsap Humane Society. The first houses female inmates, while the second is an organization focused on sheltering abused and/or homeless cats in preparation for adoption. Recently, however, both the corrections facility and the humane society have come together to benefit both the animals and female prisoners by allowing the women to care for their own kittens.

The new program, officially called “Pawsitive Prison Program”, is only open to violation-free inmates and women who do not have a violent criminal record. Still, the current waiting list to care for these needed felines is over fifty names long, making it one of the most popular programs that the corrections facility has to offer.

The collaboration between the Kitsap Humane Society and the Mission Creek Corrections Center has two goals: preparing cats for future adoption and giving the female inmates new responsibilities. The animals get the much needed care and attention that they would not normally get in packed animal shelter facilities, and the women get to nurture and learn to empathize with other creatures. So far, the program has proven to be a success, with many inmates stating that it has been a form of therapy for them. “We definitely made mistakes,” Shauna Teagle, one of the prisoners participating in the program said. “I feel this is my little bit of payback I can do.” 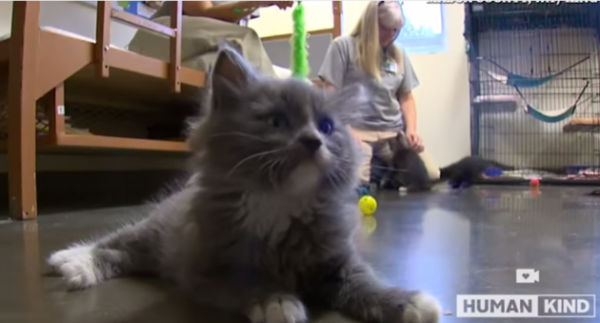 According to the Department of Corrections for Washington State, all state prisons partake in programs involving animals, ranging from bird identification to dog training. However, the “Pawsitive Prison Program” is arguably the most personally significant animal program that the state is offering to its female inmates. Through the care and treatment of abused cats or litters of small kittens, these women feel more empowered and optimistic about their future. “It’s a win-win for everybody,” Cydney Berthel, one of the participating female prisoners said. “We’re rehabilitating the lives of these little kittens and rehabilitating our lives too”.

The “Pawsitive Prison Program” is currently dependent on donations in order to provide the cat litter, toys, playpen and food needed. In order to donate, please go to: http://www.kitsap-humane.org/2015/09/khs-kitties-go-to-prison.