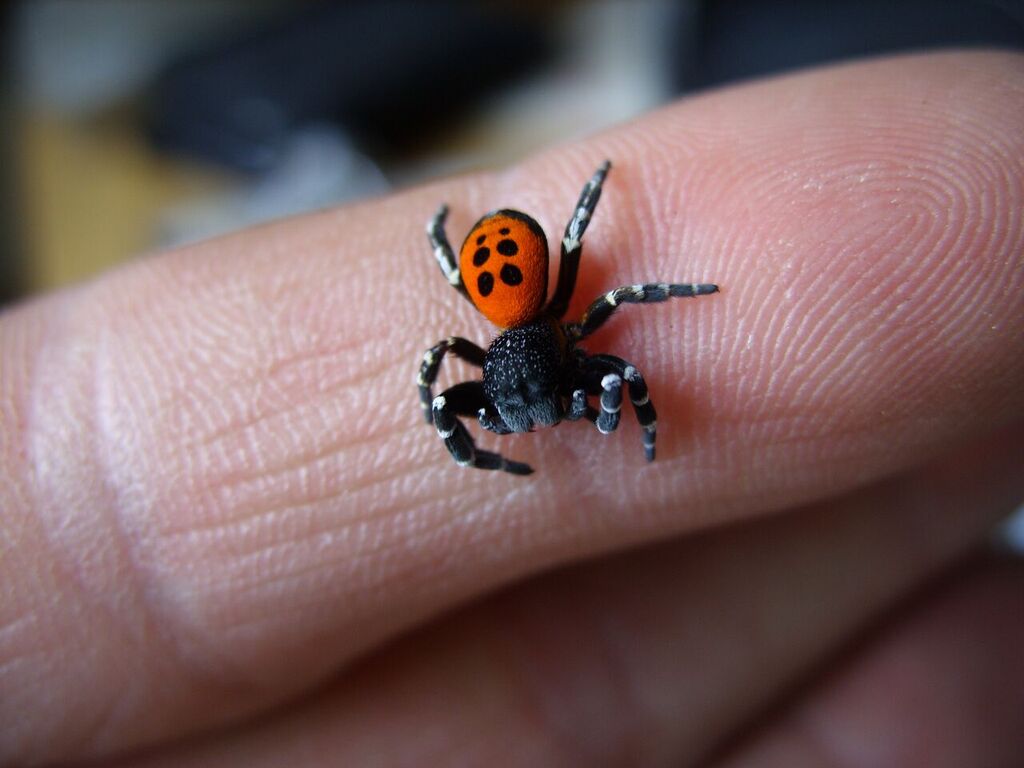 One of the UK’s rarest spiders is finding its new home in Dorset to its liking according to a new survey. 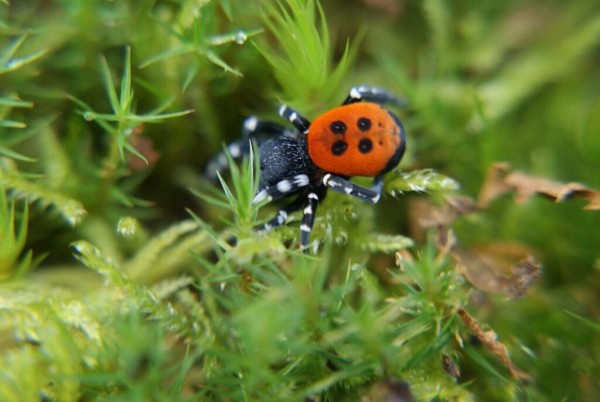 The arachnid-Santa-wannabe, otherwise known as the ladybird spider – so-called because of the males’ bright red body covered in black spots, and black and white legs – was on the brink of extinction in the mid 1980s when a single colony of just 7 individuals was left in the UK.

Since then conservationists have been helping it to spread further afield. In 2011, it was released into one of the most diverse insect and spider habitats in the country, the RSPB’s Arne reserve in Dorset.

Surveys carried out this year provided some good news – the spiders are doing well and are now expanding outside of the original release areas.

During the original translocation, scientists used an ingenious low-tech method of transferring the spiders. They used empty plastic mineral water bottles which are an ideal shape and size for the spiders to make their nests in. The bottles were filled with heather and moss and captured spiders from the donor site were placed inside and monitored while they settled in and made a web. The bottles were then buried in holes in the ground so that the spiders could colonise the nearby area. 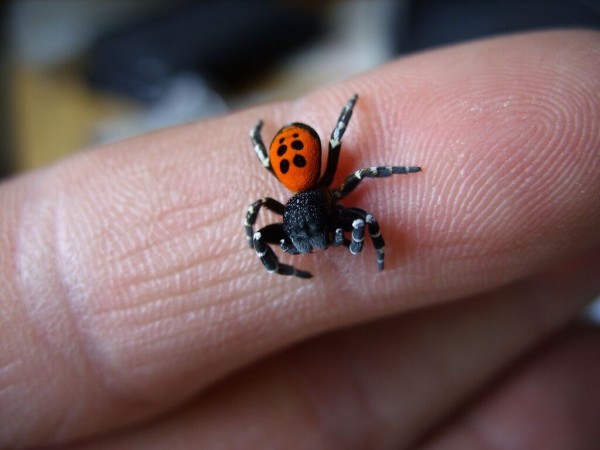 Toby Branston, RSPB Dorset Reserve Ecology Manager said: “It’s great to see this incredible little spider doing well in its new home. The hard work has started to pay off. Searches this year have found five new webs away from the release sites as well as others in their original ‘bottle-homes’. A great sign that the spiders are feeling settled here at Arne.”