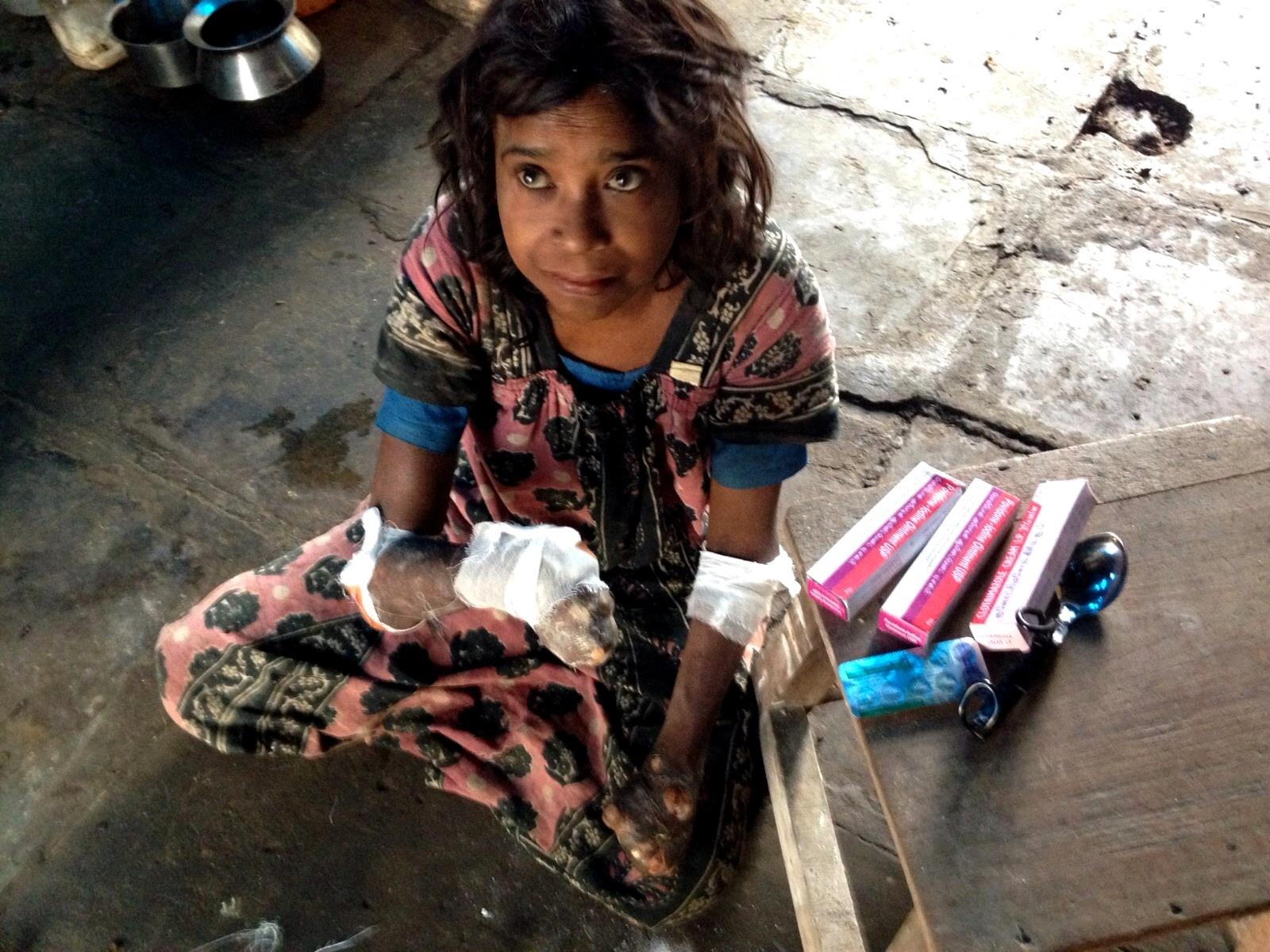 Women Discovered in Goat Shed After Being Abandoned 17 Years Ago

As the waters recede and families begin to count the cost of the floods that killed more than 300 people, injured more than 1,000 and destroyed countless properties in Tamil Nadu, for one woman it has brought hope of a better future.

Nagamma Nagammal was discovered drenched and starving in a partially destroyed goat shed where she had been living for 17 years, after being abandoned by her husband – because she had leprosy. 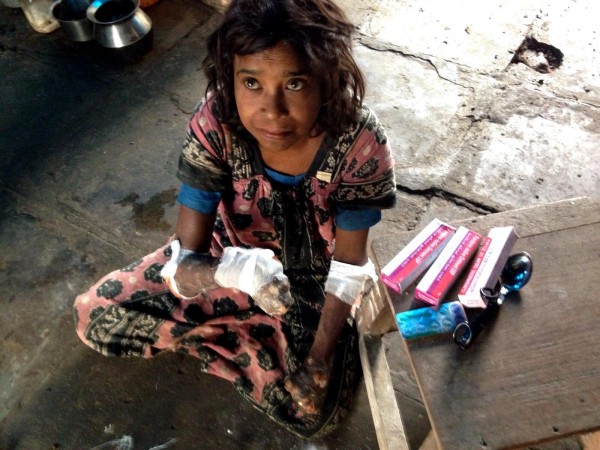 “No one came to help me all these four days: I haven’t eaten even a spoonful of rice,” she told staff from The Leprosy Mission Trust of India who had to wade through water, mud and debris to reach stranded people after more than 12” of rain – the heaviest in 100 years -devastated the coastal city of six million residents.

David Jaganathan from The Leprosy Mission Trust of India was one of the team that found the 32 year old while they were distributing aid in the village of Melbhuvanagiri, in Cuddalore district.

“We cried with her when we heard her story,” David said. “We took her to a nearby house where she broke down and begged us to help her with folded hands.”

Nagammal told the team she had been “terrified” when heavy rains pounded the feebly-built goat shed, where her sister had given her shelter. Then the pond behind it began to swell and overflow into the shed, washing away all her utensils and meagre groceries.

David said: “We tried to comfort her. Our occupational therapist, dressed her wounds and fixed a temporary cast on her hands to prevent it from further injury.

“We gave her a modified spoon, specially made for people with leprosy who have lost their fingers to help her eat, bed sheets, clothes, medicines to continue her treatment and food packets. We left with a heavy heart as there were more people we had to reach.

“We know she needs more help. She needs a place to stay, more treatment and some way of earning a living. We will be going back to her.”

Nagammal’s story is not unusual in India. With leprosy legal grounds for divorce, women and men who have been affected by the disease are often abandoned by their spouses.

A five year project funded by the UK Government’s UKAid has helped The Leprosy Mission England & Wales (TLMEW) and its Indian partner organisation to work with the Law Commission of India to identify outdated leprosy laws including a law more than 100 years old. The 1989 Lepers Act, introduced during the British Raj to stop the spread of leprosy remains on the statute books at central and state levels, although some states have repealed it within their jurisdiction, even though leprosy has been easily curable with multidrug therapy since 1982.

There are 14 other laws that were formed on the basis of the colonial Act that directly and indirectly discriminate against leprosy-affected people, including the disease being grounds for divorce.

The Law Commission has drawn up a draft Bill, Eliminating Discrimination Against Persons Affected by Leprosy (EDPAL) 2015, which has been submitted to the Indian government. India has signed and ratified the United Nations Convention on the Rights of Persons with Disabilities and was a member of the UN General Assembly that unanimously passed the December 2010 resolution on elimination of leprosy-related discrimination.

Law Commission Chairman Justice Ajit Prakash Shah said despite being a signatory to the resolution no action had been taken at central or state level to modify or repeal the laws that discriminate against people affected by leprosy.

He said: “Under the Constitution, the Union of India has both the obligation as well as the competence to enact a comprehensive law eliminating discrimination against persons affected by leprosy. This is now an urgent need.”

Head of Programmes at TLMEW Sian Arulanantham has worked in India for over 10 years. She said: “I have seen first-hand the impact of legislation that actively discriminates against these marginalised people, and compounds the irrational fear associated with this treatable disease.

“I’ve met women who were deserted by their husbands, people who were refused travel on public transport, who lost their jobs or were forced into begging.”

The Leprosy Mission Trust India, supported by partner Leprosy Missions across the world, is spearheading a United4Change petition calling on the Indian Government to consider the Bill without delay.

To sign the petition go to www.leprosymission.org.uk and click on Take Action then End Discrimination in India.