The latest good news
You are at:Home»Community Spirit»HONY for the holidays brings people together 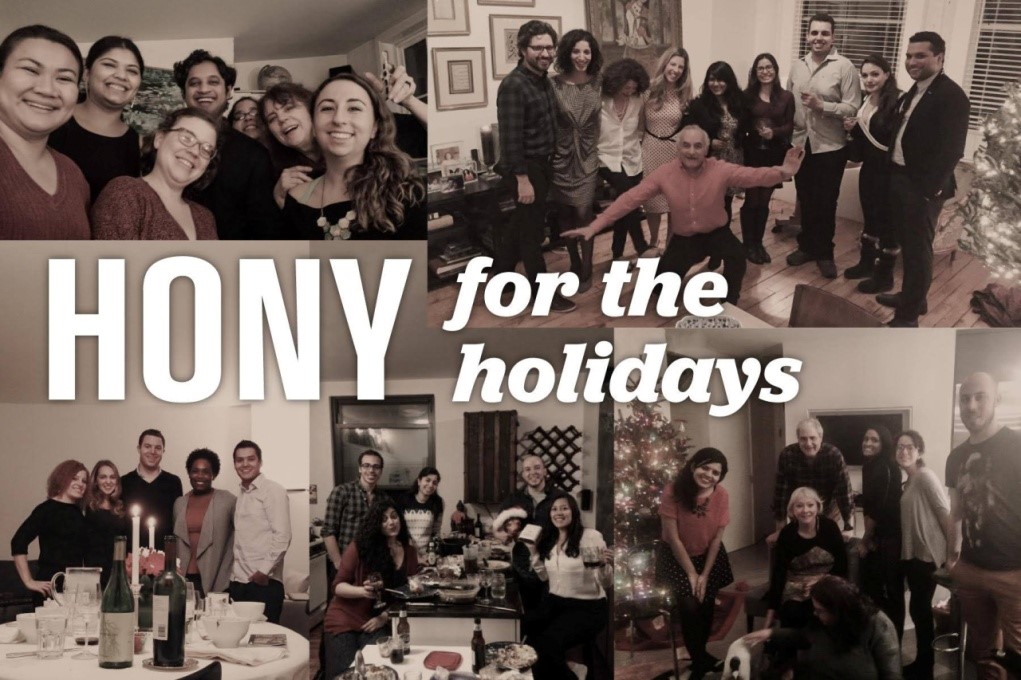 HONY for the holidays brings people together

Pandering to our inherent curiosity of other human beings, ‘Humans of New York‘ creator Brandon Stanton has managed to capture the truth of those living amongst us and turn these snippets into an international phenomenon. The blog has extended to over 16 million followers on Facebook, over 4 million on Instagram and three best-selling books.

But it’s at the holidays that Brandon and his girlfriend, Erin O’Sullivan, really go the extra mile with ‘HONY for the holidays’: where they match up any hosts who have an extra seat, or ten, and people who perhaps don’t have anywhere to go on Christmas day.

The idea came about in 2011, after Brandon himself hadn’t enough money to travel home to Marietta, Georgia – and ended up spending Christmas Eve at a 24 hour diner. On his blog he calls spending Christmas alone when you are wishing more than anything you were with someone the “ABSOLUTE WORST”. Brandon and his girlfriend decided to create something that helped those in similar situations out of belief that no-one should be alone for the holidays if they don’t want to be. HONY for the holidays was born.

In its first year (2012), HONY for the holidays paired up around two dozen families. But with the incredulous growth of the blog, popularity of the holiday project inevitably grew alongside it. And yet Brandon and Erin (or 100% Erin as Brandon often points out) are undeterred. Over the years they’ve matched hundreds of people together, giving so many people a Christmas that could not have dreamed of.

Extensive effort goes into matching the guests and the hosts so that everyone has the best time possible and efforts are made to acquaint everyone fully before the big day. Erin spends weeks organising the whole endeavour and it shows: almost 100 matches in 2013 and not one had a bad experience.