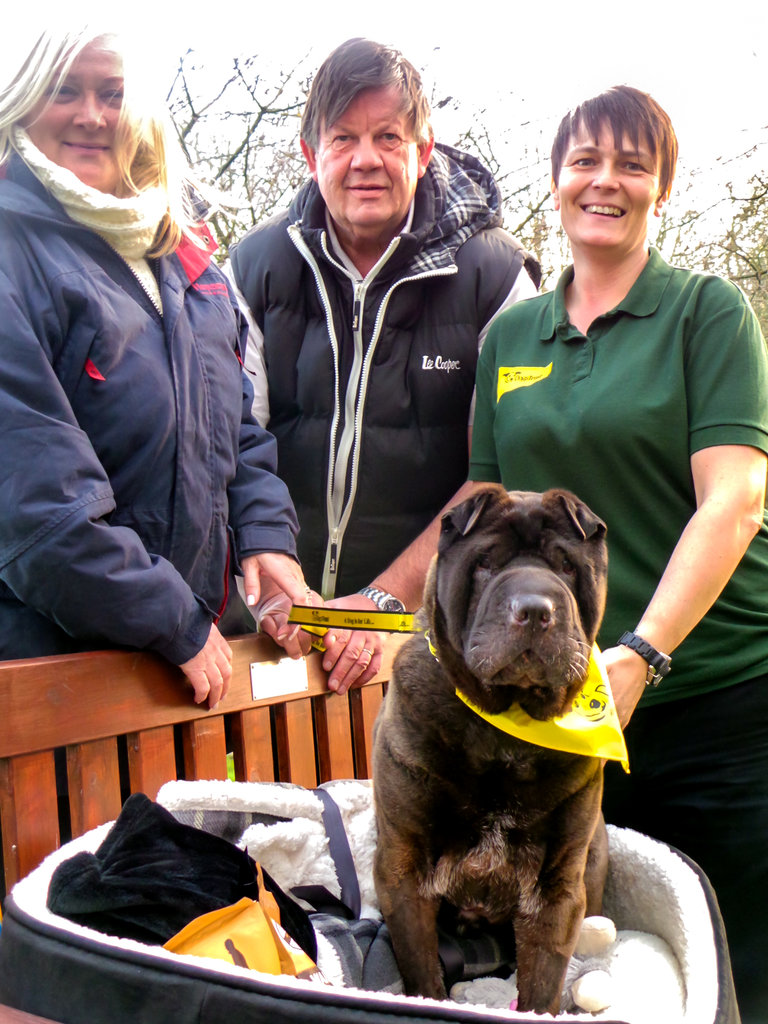 Homeless Dog and Dog Loving Couple Rewarded for their Patience

‘Good things come to those who wait’ is a well-known phrase that suggests that patience is a virtue we should all strive for.

And this story about a homeless dog and his new forever family who are both now reaping the rewards of their patience shows the phrase might well be popular and well-known for a reason.

Mac, a ten-year-old Shar Pei, found himself without a home after his owners emigrated 15 months ago. Since then he has seen hundreds of his four-legged friends at Dogs Trust Merseyside head off with their forever families, but sadly he was left behind time and time again.

That was until James and Colleen Hankin from Sandhurst, Berkshire, spotted him on Dogs Trust’s website and fell in love with him. 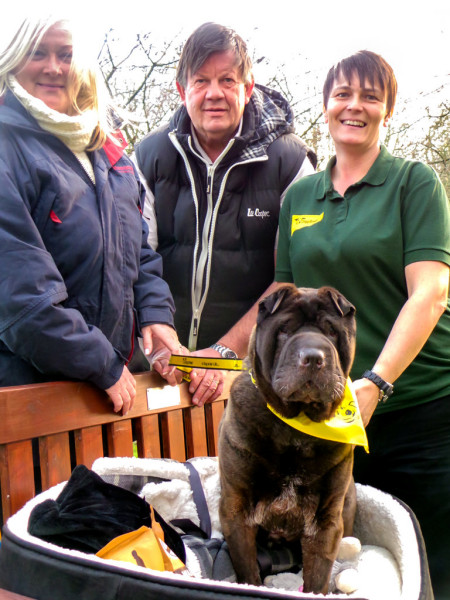 The couple were looking for a companion for their own Shar Pei, Dodgy, but sadly Dodgy passed away earlier this year. They still hoped to rehome Mac but have had an anxious wait as he was suffering from entropion, a condition which causes the eyelids to fold in, resulting in the eyelashes scratching the eyes.

He has been treated for the condition ever since arriving at the Huyton Centre in September 2014, but now after three operations and lots of TLC from the team, he has made a full recovery.

On hearing the good news, James and Colleen travelled 400 miles to visit him.

James said: “We have been in regular contact with the centre to keep track of Mac’s progress and sent presents up for him and the other dogs, but what we really longed for was to give him the home he deserves.

“We couldn’t believe it when we were told that the final operation was a complete success and we came to see him as soon as we could, just before Christmas, so we could spend some time with him. We were quite anxious as of course we knew we adored him but we didn’t know how he’d react to us. Luckily the feeling was mutual and we had a wonderful time with him!”

Georgina Lowery, the Rehoming Centre Manager, explains: “Sometimes you really worry that a certain dog will never find their forever home and because of Mac’s age and his eye condition, we were concerned that there wasn’t someone out there for him.

“Then people like the Hankins come along and it’s incredible. There have been lots of happy tears shed since they came to meet him. They have loved and cared for him from afar, and they have waited a long time to be able to come and meet him, now he’s heading home with them. He is adorable and they are amazing; perfect for him.”

As James and Colleen prepared for the journey back to Sandhurst, Colleen said: “He will be starting the new year in the home where he will stay forever, being very spoilt and given all the love he deserves!

“We can’t believe the day has finally arrived when we can take him home and start our new lives with him. It has taken a long time, but it’s definitely been worth the wait.”