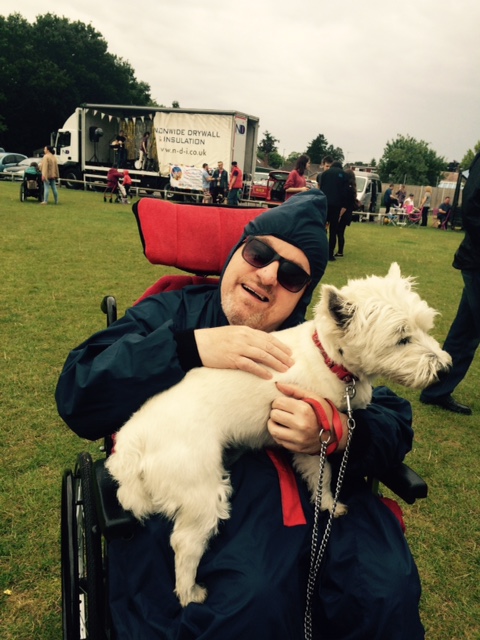 Diverse Abilities Providing a Lifeline to Many in Dorset

By Nisha Kotecha on January 7, 2016 0 Comments
Ian at the Diverse Abilities festival

Ian Downton was born with water on the brain and a blockage in his main artery from the heart to the brain. He underwent surgery but then also developed meningitis, leaving him even weaker. When just 3 years old Ian had a seizure which caused a blockage in the same artery.

Unable to attend mainstream school, Ian joined Langside, a school run by the charity Diverse Abilities, when he was 3. The charity’s school assisted Ian to walk and provided speech therapy. Attending the school was his first step to help him have a fulfilled life.

Colin Downton, Ian’s dad, said: “Before Ian attended Langside he was shy and lacked confidence. His progress at the school was slow but with help and encouragement from the fantastic staff we could see day by day how he was developing.”

Unfortunately at 8 years old Ian had to undergo further surgery to relieve pressure in his brain and a few years later he suffered a stroke that affected his right side. This was a sad time for his family as he was learning to walk and it was going well. After the stroke he could not bear weight so could only crawl.  At the age of 14 Ian was rushed to hospital as he had developed a blood clot on the brain, which left him totally blind.

Colin added: “The staff at Langside School were again brilliant and helped Ian re-adjust when he returned with no sight. At the age of 18, Ian had to leave school, but continued to live at home with us until the age of 24. We then decided it was time for him to have further support and thankfully Diverse Abilities had a supported living service, providing him the care he needed 24/7.” 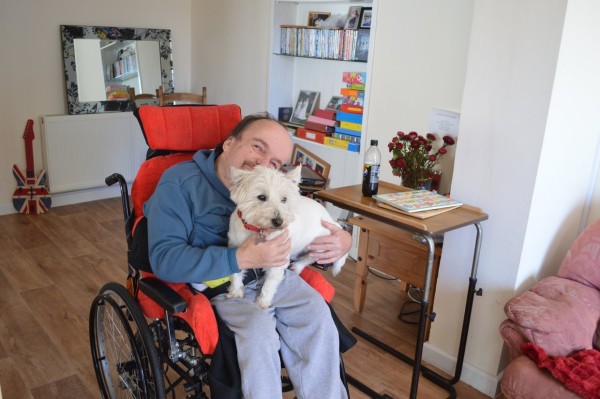 Ian at his supported living home

Ian moved into a Diverse Abilities supported living bungalow, located in Parkstone, with four other people with disabilities. To this day Ian continues to live in supported living, which has made such a difference to his everyday life. He lives independently in his own home and is supported 24/7 by the charity’s staff. Ian, now aged 50, loves music and football, and he also enjoys going out for lunch, swimming and pottery.

“Without the support of Diverse Abilities and its brilliant support workers, Ian’s life could have been very different. He has, and continues to, enjoy a fun and fulfilled life, taking part in many activities that he wishes. He also lives independently in his own home. The support Diverse Abilities provide is second to none and I couldn’t have asked for anything more for my son,” Colin said. 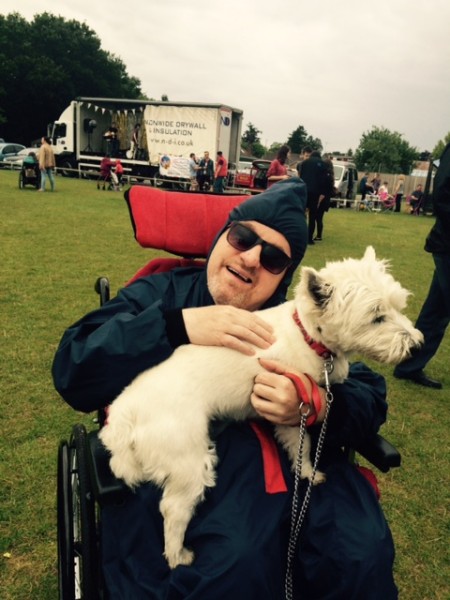 Ian at the Diverse Abilities festival

Diverse Abilities is the only charity that supports children and adults with profound physical and/or learning disabilities, and their families, in Dorset, England. The charity was founded in 1955 by Mrs Phyllis Edwards who formed a group of parents, intent on providing better opportunities for their children with physical and learning disabilities. The charity has now grown to support over 700 children and adults in the county. Find out more about Diverse Abilities by visiting their website.