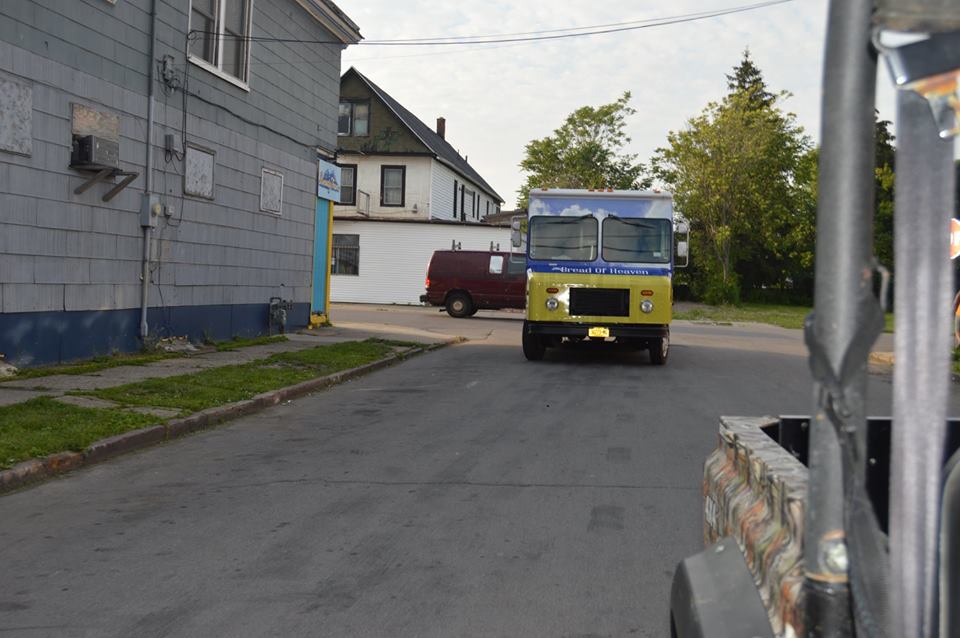 In the United States, the northeast is notorious for horrid winters. Cities like Boston, New York City, and Buffalo regularly have to contend with traffic delays, school closings, and temporary shelters while they wait for the snow to thaw out. Last year, the media-termed “Snowmageddon” covered Boston with over a hundred inches in a month. Families were trapped in their house, and the roads were nearly impossible to navigate. The city had to postpone their highly anticipated Super Bowl celebration for their New England Patriots American football team; the Mayor authorized the street sweepers to move the snow to sports stadiums because there was nowhere else to move it. With such frigid and dangerous weather, it is no wonder that hundreds of people, mostly homeless people, die on the streets.

This winter, however, a Buffalo church is giving back to their community.

Riding down the streets of the western New York this year is a painted bus, one that looks like the Scooby-Doo Mystery Machine had a flamboyant cousin. Inside are Reverent Darius G. Pridgen, Lottie Scott, Patricia Allen and other volunteer church members. Where the rows of seats should have been are hangers filled with clothes.

The church bought the bus from a Chicago dealer, colored it bright purple, and called it “Shepherd’s Closet”. Each day, volunteers drive the vehicle around the city, stopping momentarily to hand out gloves, hats, and coats to people walking down the street.

“I love helping people, especially when they are in need,” said Lottie Scott about the experience.

Originally, Rev. Pridgen wanted to modify the bus a bit more before taking it out on the road. Plans for a speaker box on the roof and a countertop near the door would have allowed the volunteers to talk to strangers from inside the bus, allowing them to stay warm and move ahead if someone did not want the clothes being offered. But, shortly after they bought the bus, the temperatures began to drop, and the Reverend decided to act quickly.

“We were concerned that if we did not go out, we would miss the need,” said the Reverend. “And so we started this morning. We were amazed at how many children especially were not properly dressed for the weather.” 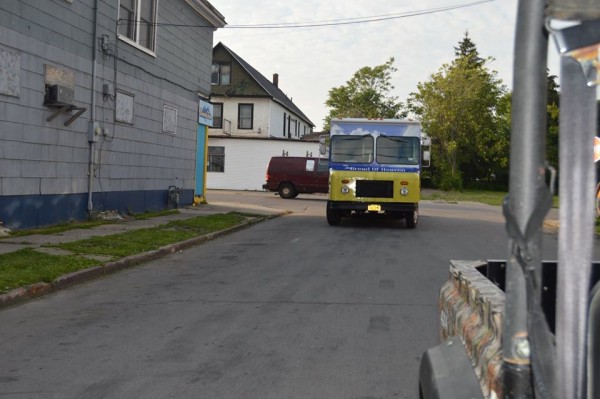 During their first run through the city, the church helped approximately sixty people, mostly children and the elderly. Over two hundred thousand dollars worth of clothes will be handed out, according to True Bethel Baptist Church.

In the summer, the church will retire “Shepherd’s Closet” and bring out their free food truck for passers-by on the streets called “Bread of Heaven”. Their dedication to serving the community is an inspiration to others, a commitment to the ideals laid out in the biblical texts that they and others celebrate every week. Reverend Pridgen said it best; “I challenge people and encourage them, because that’s what I’m going to do, is keep some extra gloves, some extra hats, because when you see seniors and you see children out, I think that at times, God would just have us to be the angel and not wait on an organization.”