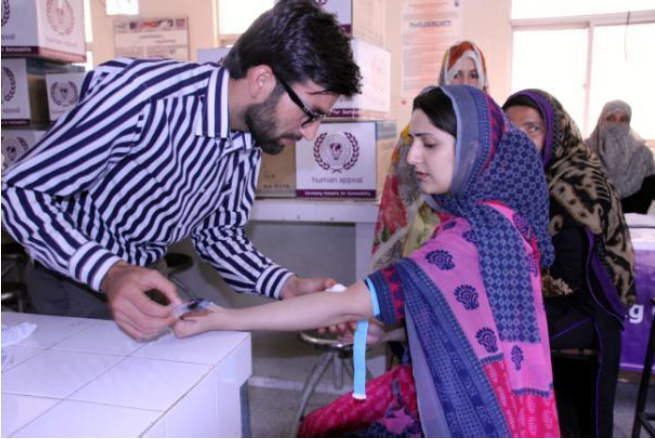 In Pakistan one in ten people suffers from either Hepatitis B or C. The majority of people infected by Hepatitis tend to also be from the poorest section of Pakistani society. HIV is less prevalent, with UNAIDS estimating that there were between 79,000-120,000 HIV cases in Pakistan, however in major cities like Muzaffarabad, the rate of infection amongst drug users can be as a high as 50%.

This does not have to be the case, and Manchester based humanitarian aid charity Human Appeal are on a mission to raise awareness of the cause of HIV and Hepatitis in Pakistan.

In the last six months the charity have screened over 600 barbers, hairdressers and beauticians in Muzaffarabad. In addition to this, Human Appeal ran classes for the professionals to highlight how HIV and Hepatitis is spread. They also distributed 50 sterilisation kits to further help fight the spread of the diseases. Along with the Azad Jammu and Kashmir government, Human Appeal provided treatment to any individuals who were found to have been infected during the screening process.

The six month project was aimed at barbers, hairdressers and beauticians due to the nature of how HIV and Hepatitis are transmitted. Othman Moqbel, CEO of Human Appeal, explains this further: “As HIV and hepatitis are both spread by bodily fluids, use of unsterilised shaving and hair cutting equipment can spread these. The barbers, the hairdressers; these are places where communities go for a routine haircut, however – if haircutting equipment or razors aren’t disinfected – there’s a danger that they become places where communities come to catch life-threatening illnesses.”

By educating 600 hairdressers and barbers Human Appeal have helped to prevent many potential infections, meaning the impact their work will have on the lives of people in Pakistan is likely to continue for many years.

“There are 350 million Hepatitis B carriers worldwide and experts put the fast global increase down to ignorance and lack of preventive measures.” Mr Moqbel continued, “By doing what we have done in Muzaffarabad, Human Appeal are doing our bit to combat this. But more needs to be done. A lot more.” 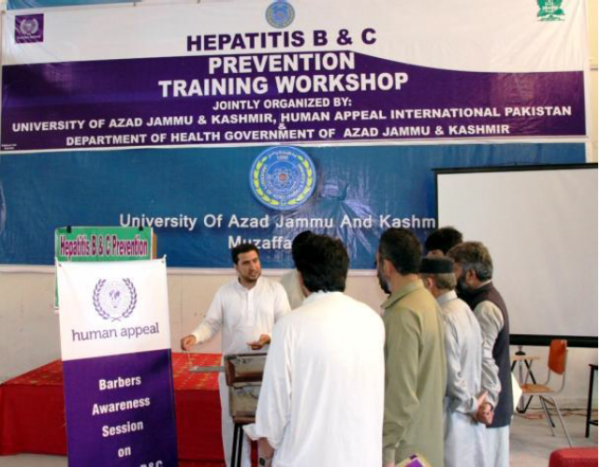 Mr Moqbel added, “Human Appeal are hoping to have empowered the people of Muzaffarabad to stop passing on infections, but to start passing on the disease-busting knowledge we shared with them and the stigma-busting attitudes we helped teach them. Human Appeal’s project communicated three key messages; prevention, diagnosis and treatment; or ‘get protected, get tested and get treated.’”