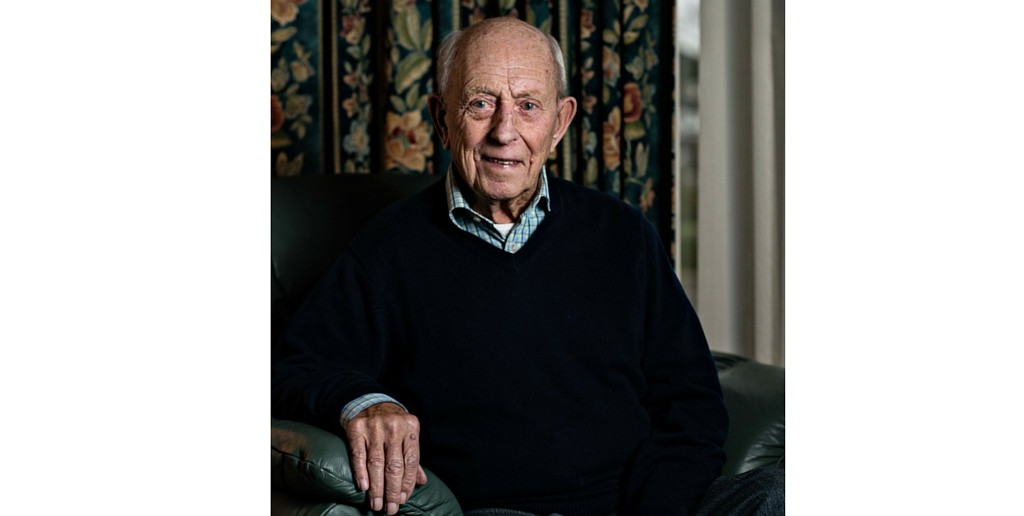 Based in Italy during the Second World War, Jim knew little about love until he met and married his Italian sweetheart, Maria, in 1945. Within three months of their meeting they were husband and wife! Maria was assigned to Jim as an office hand, initially they struggled to communicate because of the language barrier but, besotted by her charm and beauty from the moment they met, Jim used his modest Italian language skills to invite her for a walk. She agreed, however, insisting that he would need to introduce himself to her family beforehand and, more importantly, gain her parent’s permission to take her out. In fact, their first date was a chaperoned trip to a small Naples theatre, a date during which Jim told Maria he was in love and wanted to marry her. Another conversation in Jim’s broken Italian ensued with her father and a small Italian wedding was arranged.

Jim is one of the 14 subjects of ‘Love Lived’ – the debut exhibition from newcomer Holly Wren in association with charity Contact the Elderly, is set to run until mid-summer.

The lovingly printed originals on display at The Broadgate Tower, London and are accompanied by short biographies and video interviews via www.LoveLived.co.uk which recount the feeling and processes of falling in love for the aged protagonists.

Each of the 14 subjects of the exhibition, which is free to attend (click here to book tickets) is over the age of 70 and was interviewed towards the end of 2015 about the loves of their life. 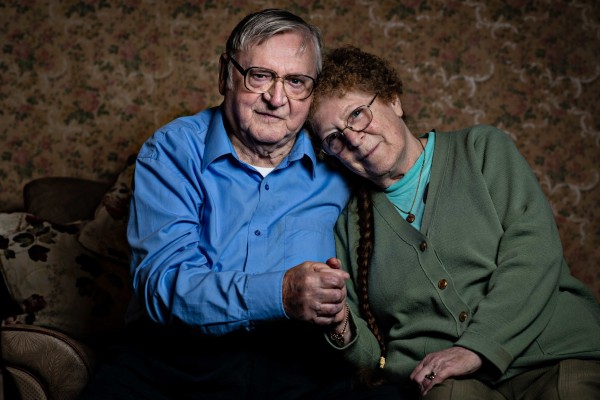 Portrait of Rita and Ernie in the exhibition. Photo: Holly Wren

Their candid tales of heart-racing love, enduring friendship, convenience, careers, families, arguments, regrets and joy prove that there is nothing new under the sun; but the wisdom and honesty of the portraits and their words is a window into an often marginalised resource.

Contact the Elderly, the charity partner for the exhibition has been organising tea parties throughout the UK for people aged 75 or over who live alone since 1965. The charity’s whole approach is about combating loneliness amongst isolated older people such as Jim, Iris and Chitra, who all share their stories as part of Loved Lived.