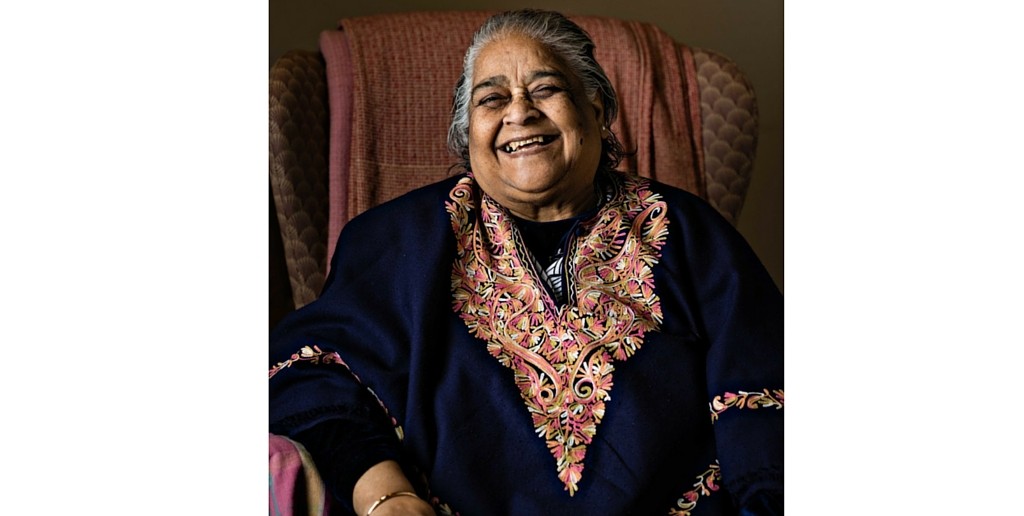 Originally from Trinidad, Chitra was raised in the Hindu faith and, aged 18, was expected to accept her family’s proposed suitor and begin an arranged marriage. Various young men were suggested, one in particular who was to train as a doctor but, when Chitra was informed she would have to give up her own career dreams, she refused to see any more potential husbands. Headstrong in her determination to be independent, she moved in 1963, unmarried, to Clapham London to pursue her teacher training qualifications.

At the age of 29, and content in her blossoming career, Chitra was finally well and truly bowled over by the “good looking fella” she met on a London bound train. Back then it wasn’t a simple matter of exchanging mobile numbers and their early courtship is a list of forgotten meeting places, as well as a wrongly addressed postcard that could well have ended their romance before it began. Chitra had all but given up when they did finally manage to get together; Ron turned up unannounced at Peckham Girls School, where Chitra was working. Having to be on his best behaviour whilst waiting for her in the staff room, his arrival set a few tongues wagging! The rest is, as they say, history.

After a short romance of just three months, Chitra and Ron were married, enjoying two separate ceremonies on two separate days, one Hindu and one civil in Wandsworth Town Hall, giving Ron the problem of having two wedding anniversaries to remember!

Chitra is one of the 14 subjects of the ‘Love Lived’ – a debut exhibition from Holly Wren in association with charity Contact the Elderly, which is set to run until mid-summer.

Each of the 14 subjects of the exhibition, which is free to attend (click here to book tickets) is over the age of 70. Contact the Elderly, the charity partner for the exhibition, has been organising tea parties throughout the UK for people aged 75 or over who live alone since 1965. The charity’s whole approach is about combating loneliness amongst isolated older people such as Jim, Iris and Chitra, who all share their stories as part of Loved Lived.