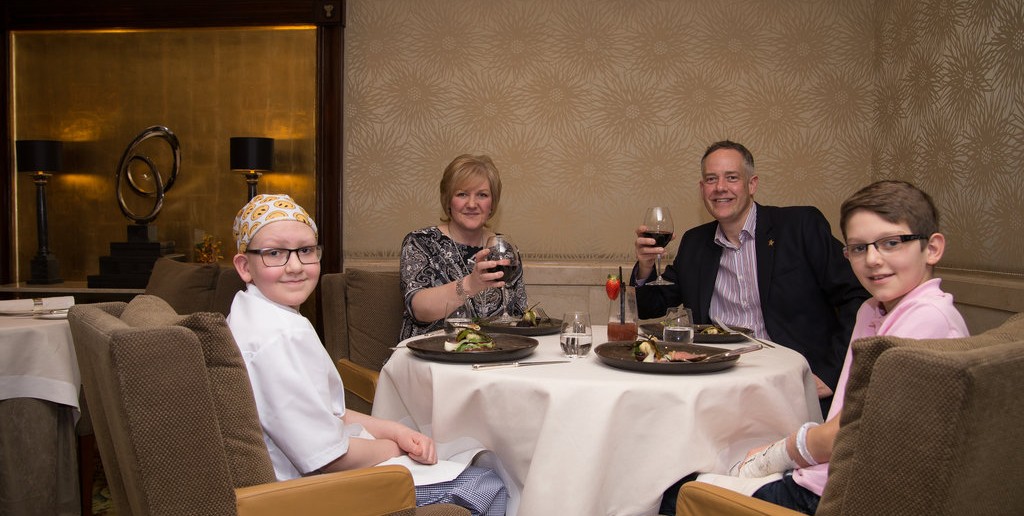 Teenage Cancer Patient Luke Becomes a Chef For The Day

Thirteen year old Luke Edison was diagnosed with four brain tumours in December 2014. His treatment included four rounds of chemotherapy and 35 rounds of radiotherapy treatment, which finished in June 2015. He will be monitored for the next five years. Despite everything he has been through, Luke has thankfully not lost hope for the future.

Passionate about cooking, Luke aspires to be a professional chef. He loves watching cooking programmes such as The Great British Bake Off and his own show-stopper is lemon drizzle cake! So when Luke turned to Make-A-Wish® UK, it came as no surprise that he wished to be a chef for the day…

Luke, from Deeside, was chauffeured by limo to the Chester Grosvenor Hotel where he was met by Michelin Chef, Simon Radley. Simon presented Luke with a special chef outfit of checkerboard trousers and a white chef’s top with his name on it. Luke proudly prepared his family a three course meal of lobster and prawns to start, steak for the main course and a banana and chocolate dessert to finish. The hotel then gave Luke a framed copy of his menu as a keepsake and a box of luxury chocolates to take home too. 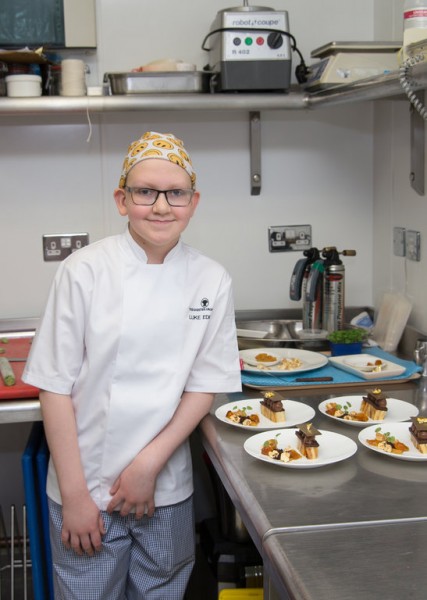 Luke’s mum Karen said: “The wish made Luke feel very special. Last year was very difficult but the wish was something good that happened to him and it is something that overshadows the difficult times. The whole day was fantastic.”

Luke’s parents first noticed something wasn’t right when he started drinking large volumes of fluid. Following hospital investigations, it was confirmed that Luke had Diabetes insipidus – an unusual type of diabetes which can be caused by a brain tumour on the pituitary gland. Throughout 2014 Luke had several scans which came back clear. But on 19 December 2014, the family received a call from the doctor asking them to come straight to the hospital. Doctors then performed further tests to see if Luke could walk and see straight. It was then that a biopsy confirmed Luke’s condition as a brain tumour – in fact – he had four brain tumours. Luke then underwent an operation to insert a shunt into his brain to drain any excess fluid and another to insert a Hickman line into his chest.

Karen continued: “Luke has had a lot to deal with and has been very poorly but it was only at the end of treatment you start to realise the enormity of the situation. Luke is on medication for life now that treatment has finished, which can seem overwhelming, but a wish helps you get on and gives you the drive to stand up and keep going.”

Find out more about Make-A-Wish UK by visiting their website.