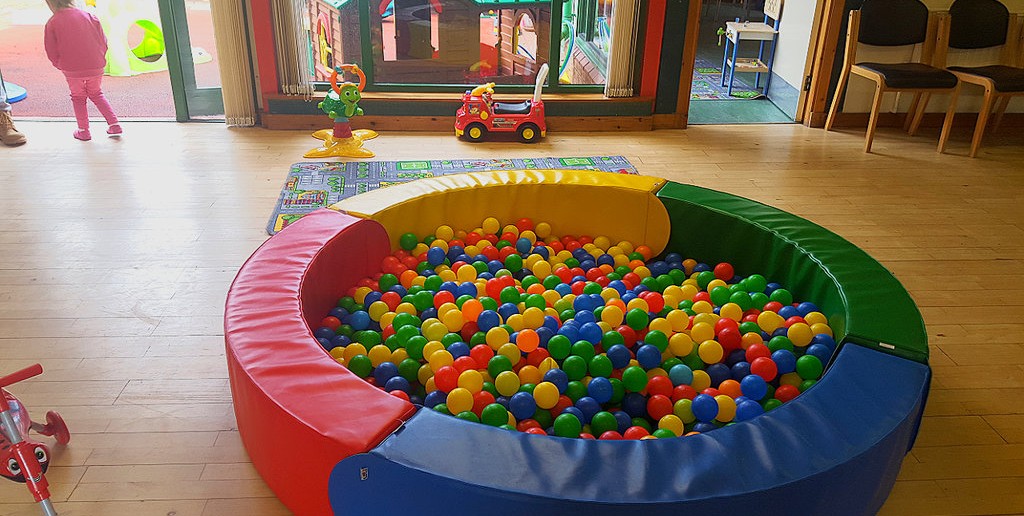 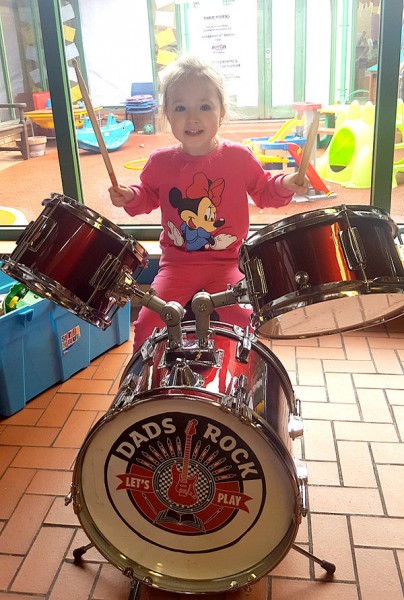 Dads Rock is a local Edinburgh charity, set up to help dads, granddads, or any other male care figure bond with their (grand) children. They have playgroups every Saturday in several parts of Edinburgh, day trips, and occasional events like a hairdressing workshop. The charity was started by David Marshall and Thomas Lynch 4 years ago, with playgroups in Sighthill and Granton. It was an immediate success, with 12 dads coming to the first playgroup, some of which are still coming to the playgroup to this day.

The playgroup has snacks, story time, and music. “There’s no need to be good at music at all; we’ve got instruments, we’ve got toys… It’s a means to express yourself, also for kids,” explains Thomas, “Children grow up anyway, but generally when they come for the first time they’re quite shy. They build up their confidence here.” As if to prove his point, Paula gets behind the drum kit during the interview, and starts playing. Her dad looks on affectionately. “We try to come every week, if work doesn’t get in the way,” he says, “She loves it here.”

Mums are not allowed at the playgroups as, explains Thomas, they change the dynamic of the group. “There are lots of groups for female care figures and their children already, but for a lot of dads this is their thing to do with their kid,” says Thomas. Dads, he explains, are generally more marginalised in their relationship with their children. Although perceptions of dads are changing a lot, Thomas states that things will only truly improve when the UK adopts a more generous provision of paternity leave, as practiced in Scandinavian countries.

With the massive success that Dads Rock has been since the beginning, it comes as no surprise that there are plans of expanding. East-Edinburgh is up next for another weekly Saturday playgroup. Having already spread to East-Glasgow, and with exciting plans for growth, the future is looking swinging for Dads Rock.