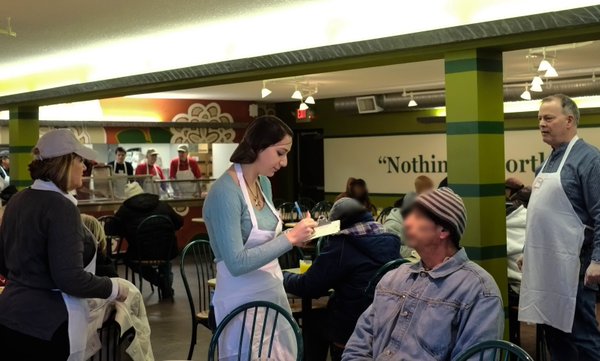 Not Just A Soup Kitchen

Someone to greet you as you enter, waited on at the table, and some pretty fancy food. Sounds like a perfect evening out at your not-so-local restaurant. And yet, in Kansas City, this isn’t a restaurant, but a community kitchen serving homeless people. That’s what makes it so fantastic.

The Kansas City Community Kitchen, run by Episcopal Community Services, has existed for over 30 years, but reopened this February in full restaurant style. It’s an initiative aimed at serving homeless people in the community with the dignity they deserve.

Every weekday between 11am and 2pm, volunteer waiters provide homeless people – and anyone else who wishes to eat there – with high-quality lunches, such as a meal which consisted of spiced swai, broccoli cheese casserole, garlic-Parmesan fries with house ketchup, and simple greens salad with tomato-water vinaigrette. Not what most people would expect turning up to a soup kitchen but definitely a pleasant surprise!

“We are trying to flip the photo of what a soup kitchen looks like” – Mandy Caruso-Yahne, director of community engagement at Episcopal Community Service.

The man behind the menu, Michael Curry, can empathise more than most with the situation of those eating at the Kitchen. He now owns “Lil’ Bubba”, a restaurant in Kansas City, but he once lived in poverty and relied on soup kitchens himself. He cooks up a variety of healthy meals, incorporating suggestions by diners and taking into account specific diets. 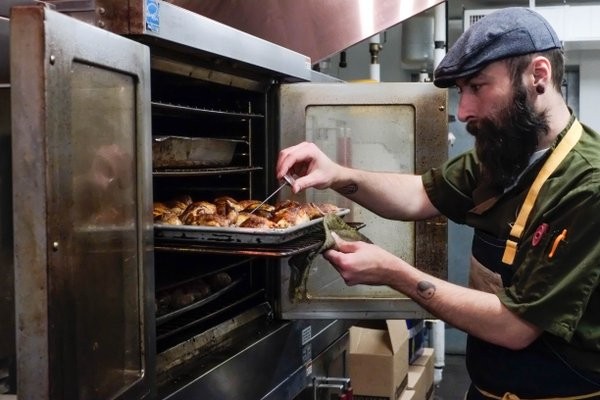 The efforts aren’t missed by those eating at the Kitchen either, and they have received a really positive response from diners…

For more information on the amazing work being done by the Episcopal Community Services and to get in contact, you can visit their twitter page.