One for Me, One for You: Coffee-coloured Compassion

It doesn’t take much to brighten someone’s day: a nice, hot cup of generosity is an easy way to serve up a moment of warmth to vulnerable people all over the world.

At least that is the premise under which the “Suspended coffee” scheme operates. The idea, which originated in Naples and can also be known as a “coffee-in-waiting” in English, is that at the same time as buying their own coffee, a café-goer can purchase in advance another hot beverage for a person in need. This drink is then reserved for a homeless, elderly or other vulnerable person who may not be able to pay for it themselves.

Suspended coffees have since filtered out from Italy, into Bulgaria, which reports around 150 cafés countrywide that have signed up to the initiative. In France, the number of cafés stands at more than 400. And now, thanks to an outpouring of support on social media, you can share the warm feeling of donating a cup of tea or coffee at cafés across the world. From Russia, to the USA and Canada, to the UK, latte-lovers of the world are standing in solidarity with their coffee-drinking comrades to provide free hot drinks for those who need them.

The popularity of the initiative has been astounding. The founder of the English-language website dedicated to spreading the charitable message of suspended coffees was amazed by the response his scheme received: he had set himself the target of having five cafés on board within the first six months; a year later, over 1400 cafés supported the initiative, and its Facebook page had over a quarter of a million followers. 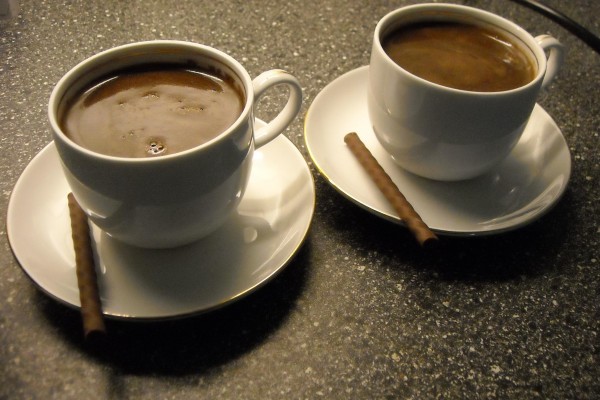 The goodwill does not just stop at tea and coffee: cafés and restaurants in many countries have taken it upon themselves to make their customary, crowd-pleasing cuisines as widely accessible as possible. In Mexico, for example, the initiative has been extended to tacos and in Italy, to pizza, while Belgium and France have respectively adopted suspended chips and baguettes.

Although the gift of a warm drink or meal is often in itself enough to put a smile on the face of someone who has been without for several days, the advantages of a suspended coffee or a “baguette en attente” go far beyond merely filling an empty stomach for the beneficiaries of these small acts of kindness. It is a chance for sections of the population who are so often ostracised from and ignored by society to feel part of the community once more; those for whom popping by a café for a quick thirst-quencher is usually off-limits can participate without consequence in this ordinary and often taken for granted activity.

And, what’s more, for the benefactors there can hardly be an easier way to be charitable: buying a suspended coffee costs little, requires no extra time out of a busy schedule and is effortlessly no-strings-attached. They get the warmth of a hot drink; you get the warmth of knowing your good deed for the day has been well brewed.