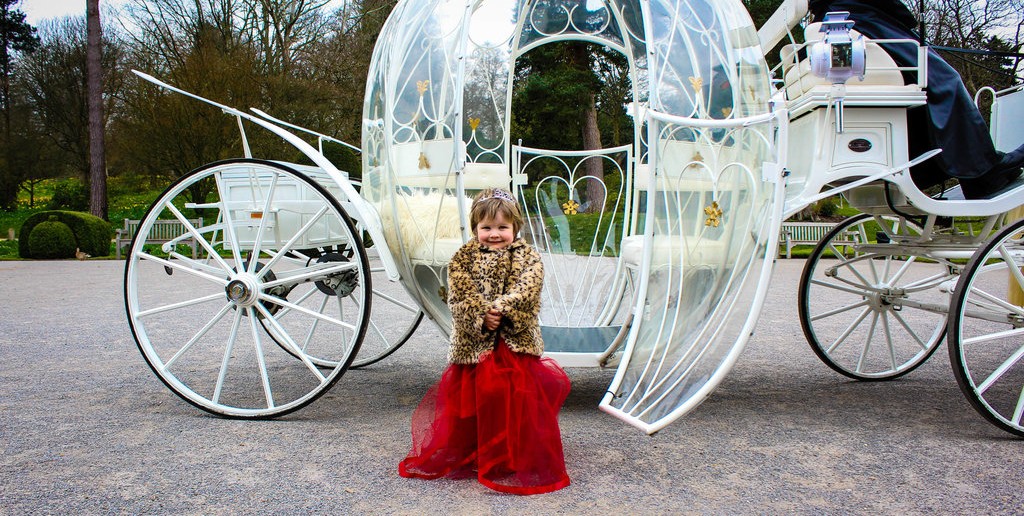 Every girl deserve to be treated like a princess once in a while, especially when they are going through a tough time. Four-year-old Florence Leppard was recently granted her wish to be pampered like a fairy tale princess for the day, after battling through gruelling treatment for a rare type of liver cancer.

Florrie was diagnosed when she was just a toddler after her mum Kerry took her to the doctor with suspected chicken pox. But tests showed she had a tumour that had spread to her lungs and she was given only a five per cent chance of survival.

Surgeons weren’t sure they could operate but an eight-hour operation to remove the tumour and two thirds of her liver was successful.

Florrie also endured seven cycles of chemotherapy while extended family rallied round to help take care of her sisters Daisy, seven, and Elsa, who is almost three.

Family and friends nicknamed Florrie ‘The Warrior Princess’ as she battled through the side effects so resiliently. She has now been in remission for a year but will need to have regular check-ups to ensure the cancer hasn’t returned.

Her dad John said: “We know we’ve still got a journey to go on, to have plenty of tests – possibly for the rest of her life – but we’re in a much better place than when first diagnosed and we’re grateful for that, very grateful.” 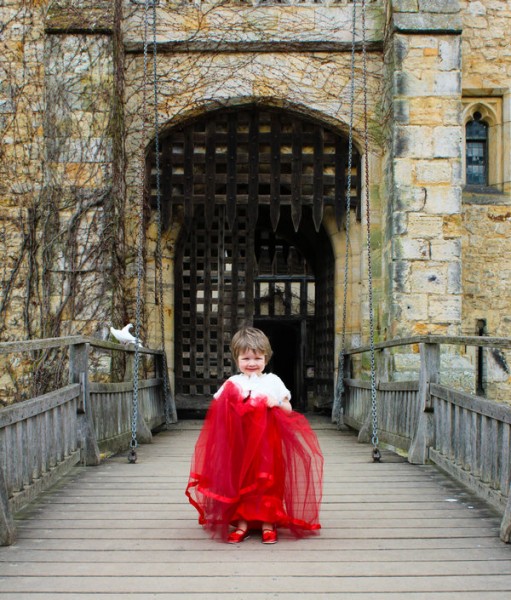 One thing that helped keep Florrie’s spirits up was finding out that she would be granted her one true wish by Make-A-Wish(R) UK, the charity that grants magical wishes to enrich the lives of children and young people fighting life-threatening conditions.

On 21 March her wish became a reality when a pink limousine arrived outside her home to chauffeur Florrie and her family to the 13th century Hever Castle in Kent – once the home of Anne Boleyn. There, she and her sisters – who became her ladies-in-waiting – had a manicure, makeover and dressed in their finest frocks. They twirled and posed for the ‘paparazzi’ and then it was time to meet Cinderella who held a tiara coronation ceremony for Florrie and had tea with the girls at a table festooned with decorations, dainty sandwiches and pretty cakes.

To the girls’ delight there was also a milk chocolate fountain and when no one was looking, Princess Florrie licked her chocolaty plate clean while elegantly managing to keep her pretty dress spotless!

After that the ‘royal’ family was whisked outside to enjoy a horse and carriage ride around the glorious grounds. The weather was sunny and the girls enjoyed hearing the clip clop of the two white horses’ hooves. To top it all off, Florrie was then given one of the horse’s silver horseshoes to keep as a souvenir.

Finally, one very smiley family headed home in the same pink limousine with masses of memories to look back on of a very special day.

Afterwards, dad John said: “It’s been wonderful to forget about what happened, forget about Florence being poorly and just spend time together, truly wonderful.”

Mum Kerry said: “It has been really hard. The girls do have a very loving relationship. I think it’s really important for them to have these wonderful moments together and I’m sure they’ll remember it for a long, long time.”