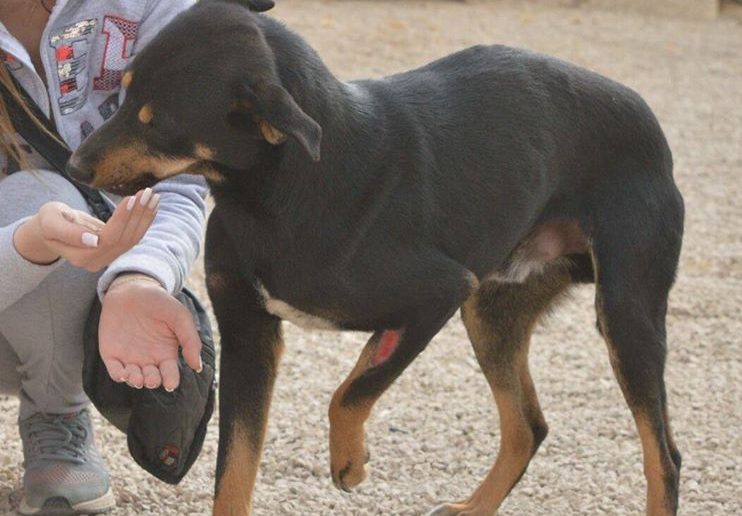 Those who have animal companions understand their need of a protective home. It can be heartbreaking to see cats, dogs, and even rabbits wandering the streets alone for various reasons, and in Syria, a group of volunteers is committed to save them.

Sulaf Katmawi, a volunteer for the Syrian Association for Rescuing Animals (SARA), explained that people who leave Syria because of the war often leave their pets behind. Then there is an overall lack of awareness for animal rescue, which exposes countless stray animals to unfavourable situations.

This is why SARA, a non-profit organization based in Damascus City, the capital of Syria, began their rescuing mission one year ago to feed, treat, and rescue animals in need. With just five volunteers, the group uses Facebook for receiving reports of injured animals and communicating with prospective adopters.

When the group receives stray animals, they post their stories on Facebook in the hope of finding them a loving family. In one urgent post, the volunteers called out for someone to adopt a male cat with paralyzed legs, whose owner will soon be travelling. In another, they shared the touching story of Maya, a cat who became pregnant multiple times while on the streets and is now in the home of Sara Orfali, team organiser of SARA.

Placing animals in permanent homes isn’t exactly a breeze in Syria, however. “There are thousands of people in our page,” Katmawi said, “yet it’s not that easy to find families for the animals.”

One reason, Katmawi explained, is many people who stay in the country can’t afford having a dog or a cat due to circumstances caused by conflict. This is where SARA volunteers have shown their selfless dedication and commitment to the lucky animals that come to them.

Depending on available funding, the group either places found animals on safe farms or with the volunteers themselves while they wait for interested adopters. To increase the chance of an animal being adopted, they also assist in deporting animals to prospective owners living outside the country.

Katmawi, for example, recently put out a post about two disabled dogs needing an international caretaker because they would need wheelchairs. Their chance of survival in Syria is little, she wrote, but with a caring and attentive family elsewhere, they could have a very happy life.

“We can deport the dogs to any place in Europe on our own expense, including their spay/neuter, microchip, and rabies vaccination costs,” Katmawi added in her post. The association itself is run on scarce outside donations.

Another part of SARA’s mission is to treat sick and injured animals by taking them to the vet and providing them food, medicine, and shelter until they get better. The costs can add up for multiple animals, and the team relies on individual contributions for many operations.

“There are some people who offer to help sometimes,” Katmawi said. She added, “Our capacities are still limited,” but that doesn’t stop them from dreaming big.

The group is currently working on getting proper funding and a license from the government to create what would be the first official animal shelter in Syria. Aside from voicing out for stray cats and dogs, association volunteers also help spread information about the “forgotten” animals suffering every day in slaughterhouses and laboratories all around the world.

“We try to educate people through our [Facebook Page] and raise awareness in schools,” said Katmawi.

“Let’s put ourselves in their positions for a moment,” one volunteer began, “Imagine strangers came to Earth, but they were not vegan…”

Ella loves writing about science, health, environment -- all things constructive. She believes in the power of words and seeks to use them to contribute to a positive, progressive society.