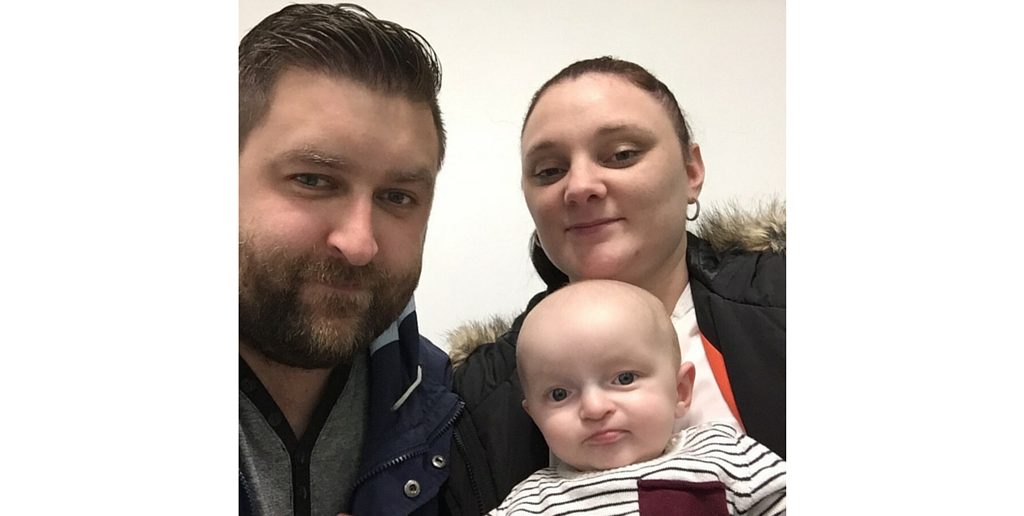 ‘Home from Home’ Accommodation When Parents Need it Most

“When Blake was in Intensive Care it was tough but it made a huge difference having the ‘Homes from Home’ Treetop and Magnolia. It meant we could be by Blake’s side and he also knew that he wasn’t alone, we were there for him. It will be scary for him, he doesn’t really know what’s going on or why he goes to hospital so often, but if we can be there and keep some normality it really does help.” – Donna and Dan McHugh, from Scunthorpe

“For the time it took Lewis to have his operation and recover, we had somewhere which was just two minutes from his bedside.  We could be with him in an instant. We didn’t have to worry about leaving him or getting a call in the middle of the night and rushing to be back at his side. Although Ilford is not a million miles away, it feels like it is when your son is fighting for his life. We stayed at Guilford Street House for four nights, but there are some families who stay for much longer. Luckily for us, Lewis made a miraculous recovery. He was expected to take around two weeks to recover, so we would have been at Guilford Street over Christmas. But the he had different ideas. He decided he wanted to be home for Christmas and made sure he was!” – Kim Gautier and Paul Wheeler, from London

Donna and Dan McHugh were given free ‘Home from Home’ accommodation by The Sick Children’s Trust so that they could be by their son’s bedside when he was admitted to Sheffield Children’s Hospital to help reduce his seizures. Blake, 7, has a rare form of epilepsy which causes him to have at least 30 seizures a day. 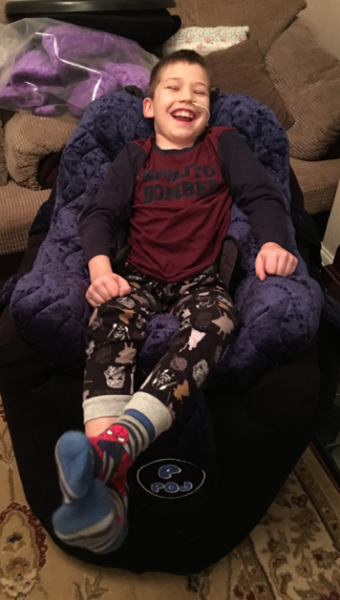 Blake required specialist treatment at Sheffield Children’s Hospital for Dravet Syndrome, a condition which occurs in just 1 in 40,000 children. He underwent Vagus Nerve Stimulation, where a plate was fitted under his chest to send electric energy to the brain to help reduce epileptic seizures. Donna and Dan were supported by both The Sick Children’s Trust’s Treetop and Magnolia Houses located at the hospital, so they could be with him throughout.

Kim Gautier and Paul Wheeler, from Ilford, were also supported by The Sick Children’s Trust, staying for free free in ‘Home from Home’ accommodation so they could be by their son’s bedside while he underwent life-saving open heart surgery at Great Ormond Street Hospital (GOSH). The couple were told that had it not been for the open heart surgery performed on their son, he would not have made it home.

Lewis, now 11 months old, had a serious heart defect which meant his heart began to narrow shortly after he was born. The tot required specialist treatment at GOSH where the family were supported by The Sick Children’s Trust for four nights so that they could remain close to their son.

It costs, on average, £30 per night to provide a family with a room in one of the charity’s ‘Homes from Home’. This includes access to communal kitchens, bathrooms, living rooms and dining rooms alongside a direct telephone line from each bedroom to the hospital ward.

Both couples are extremely grateful for the support they received during a very tough time and are calling on people to support The Sick Children’s Trust’s Big Chocolate Tea fundraiser. Donna explains, “We appreciate all the help the charity has given us and know that there will be many more families out there that will be in need of similar support. So we want to help spread the word by sharing Blake’s story and encouraging people across the UK to join the charity’s Big Chocolate Tea campaign to raise at least £30 to help provide a room for one night for another family with a sick child.”

Click here to find out more and to get involved.