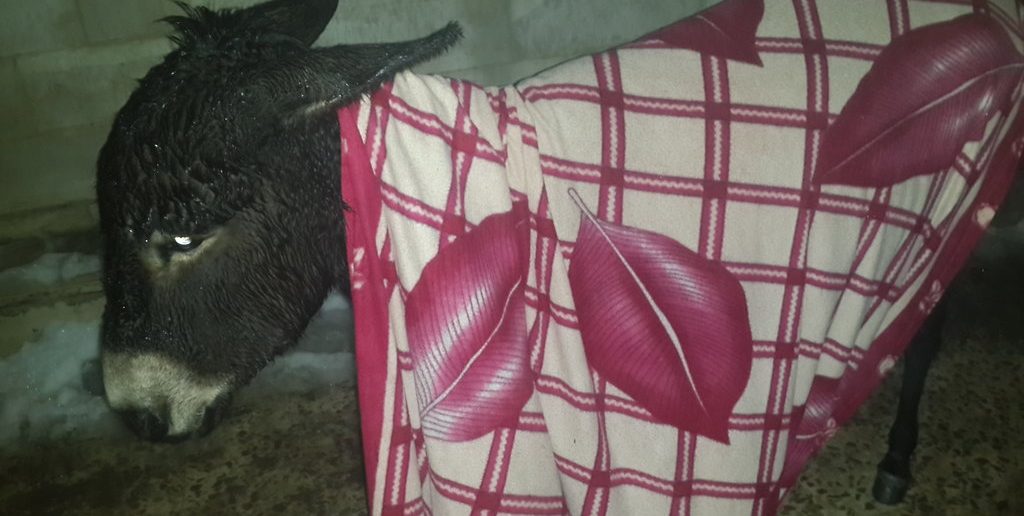 A severe snowstorm hit Amman, Jordan in January, taking everyone by surprise. During the night, the SPANA Jordan country director, Dr Ghazi, received an urgent phone call about a donkey that had been spotted outdoors and alone in the middle of the storm. He was very concerned as temperatures had dropped suddenly to -5˚C.

Much like for humans, being exposed to freezing temperatures for a prolonged period can be very serious for donkeys, with a very real risk of frostbite, hypothermia, and ultimately fatal consequences.

The snow made the search difficult, but it was a huge relief when the SPANA team eventually found the donkey.

They rushed the animal – which they fittingly named “Snowy” – back to the SPANA centre in Wadi Al-Seer, where a warm and dry stable with food was waiting for her.

Fortunately, the initial examination by SPANA vets was reassuring and they felt confident she would recover from her ordeal. However, a further surprise was in store – the team discovered that Snowy was pregnant.

Snowy recuperated at the SPANA centre over the next couple of months and the team were thrilled when she gave birth to a healthy little foal, named “Snowball”, in March. 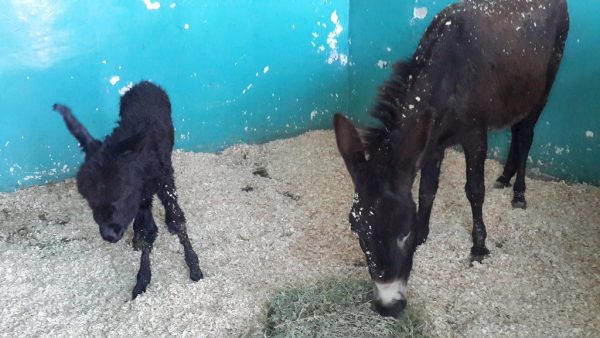 Snowy’s owner could not be found, but happily a new home was found for the pair, with a responsible local animal owner well known to SPANA.