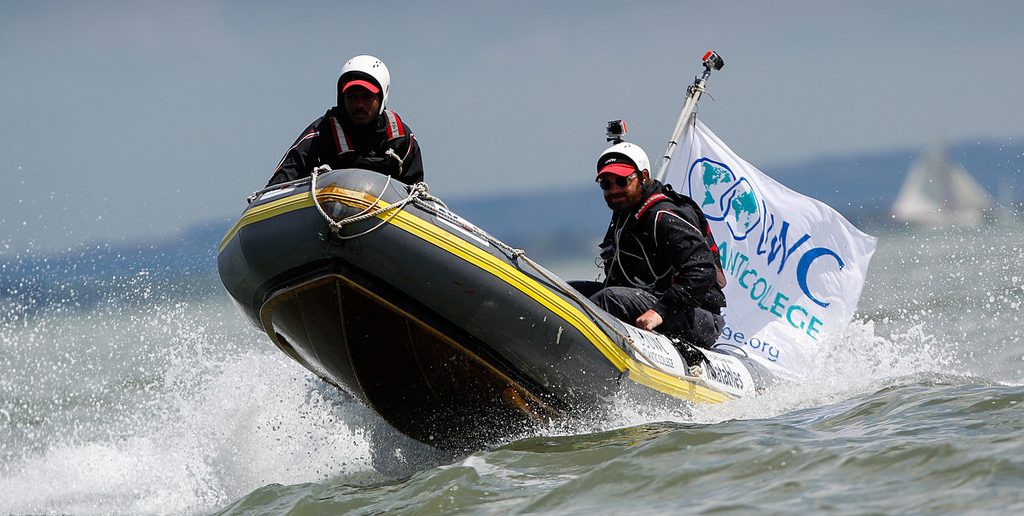 ‘Lifeboat in a Box’ to Help Japan’s Tsunami-Affected Communities

Design lecturer and RNLI lifeboat volunteer, Robin Jenkins, has used his design expertise to create a ‘Lifeboat in a Box’ to help save tsunami survivors washed out at sea and empower the affected communities.

Taking the form of a shipping container, ‘Lifeboat in a Box’ is an unlikely but ingenious solution to a global problem, providing much-needed facilities for communities to rescue tsunami survivors. It will contain a workshop for the bespoke lifeboat – a Rigid-Hull Inflatable Boat (RIB) designed and built by students at UWC Atlantic College in Wales – as well as a changing room for crew. 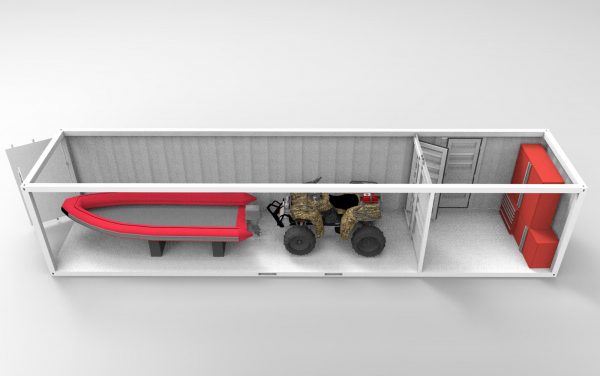 ‘Lifeboat in a Box’ will be on public display at Chelsea College of Arts, UAL from 25-30 May 2016 while Interior and Spatial Design students, mentored by Jenkins, install the interior before it leaves for Kamaishi in the tsunami-affected region of Japan, as part of the Atlantic Pacific International Rescue Boat Project.

This offers the public a unique opportunity to see what is needed in a lifeboat station first-hand and the possibilities for social transformation through art and design.

The ‘Lifeboat in a Box’ is the result of an ongoing project that began in Japan’s tsunami-affected region on the North Eastern Coast. In 2014, Jenkins was invited by Future Lab Tohoku to visit the city of Kamaishi, the first hit location by the Great Eastern Earthquake and Tsunami of March 11, 2011. 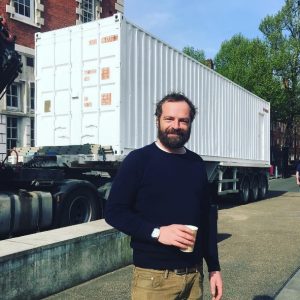 Robin Jenkins creator of Lifeboat in a Box.
Image courtesy of UAL

Speaking about the trip, Robin Jenkins, Senior Lecturer in Interior Spatial Design, at UAL’s Chelsea College of Arts, explained: “During this stay I heard a story that left a lasting impression. On the evening after the tsunami had passed, the survivors went to look to find others. What they witnessed is beyond most people’s comprehension. During the search, they could hear the sounds of those who had been washed out to sea, screaming and crying from amongst the freezing cold debris. Knowing there was nothing they could do for them, the rescuers remained on the beach listening to the cry fade as they perished.”

Listening to these stories, Jenkins, who volunteers with the RNLI on the River Thames, thought that if Japan had had such a service as the RNLI, hundreds of lives could have been saved that night: “This story unsettled me so much that I began to wonder how to stop it from ever happening again. Unfortunately there is no magic solution. However, taking my spatial design knowledge and experience as a RNLI lifeboat volunteer and time at the United World College of the Atlantic, I could imagine one way of helping.”

Following its display and construction at UAL’s Chelsea College of Arts, the ‘Lifeboat in a Box’ will be collected and prepared for delivery to Kamaishi, Japan, in August 2016. Jenkins and Atlantic Pacific International Rescue Boat Project will then oversee the training of local Kamaishi residents on how to operate the Lifeboat in a Box. 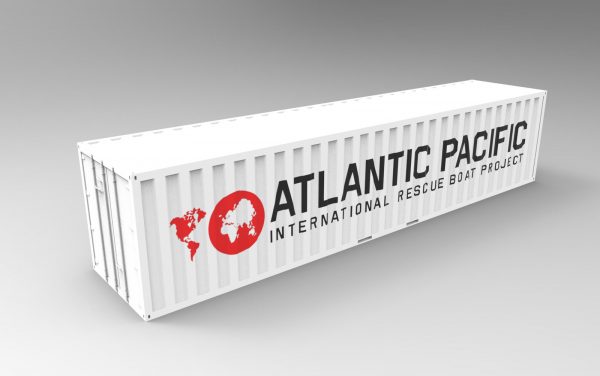 Working with Atlantic Pacific International Rescue Boat Project (APIRBP) and UWC Atlantic College, this will be the first prototype produced with a view to establishing funds to take the project beyond Japan. Jenkins added: “This is a project that we hope to grow around the world, delivering containers and training to areas that are most vulnerable to disaster, so that when the unbearable strikes, there is something to help.”