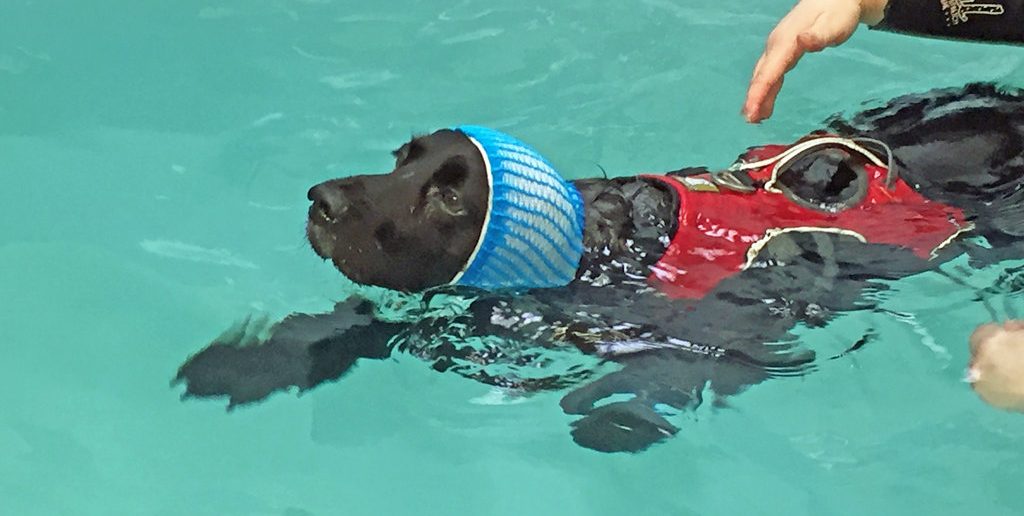 May the Force be with you, Vader

Vader, a very handsome six-year-old Cocker Spaniel, has unfortunately already had quite a lot of joint problems and has been going to the Animal Health Trust (AHT) for almost two years for hydrotherapy treatment.

He first used their purpose-built hydrotherapy pool for bilateral elbow dysplasia in the summer of 2014. The dysplasia in his left elbow was so bad that Vader needed corrective surgery and was referred for hydrotherapy at the AHT to aid his rehabilitation. Carefully controlled and tailored hydrotherapy sessions are really important for rebuilding and maintaining good muscle development to support joints, and can be beneficial for animals with elbow dysplasia that haven’t had surgery as well as those that have.

Vader recovered incredibly well from his operation having built up superb muscle mass and range of motion in his fore limbs that everyone, including his vets, were really pleased with his progress. It was therefore a shock when Vader suddenly went lame on his left hind limb just a few weeks after getting the spring back in his step. After investigation by his vets it was revealed that Vader had a painful hip and needed a left hip replacement, which was carried out last autumn.

After a period of rest and recuperation Vader once again started his rehabilitation with the hydrotherapy team, as well as slowly building up his exercise at home. In order to get Vader back up to full fitness, his tailored rehab plan started with five weeks on the aquatic treadmill to help him improve his limb placement by strengthening and improving muscle tone and range of motion in his left hind leg. Since successfully making good progress Vader is now back to enjoying regular sessions in the hydrotherapy pool to build up his cardiac fitness again. 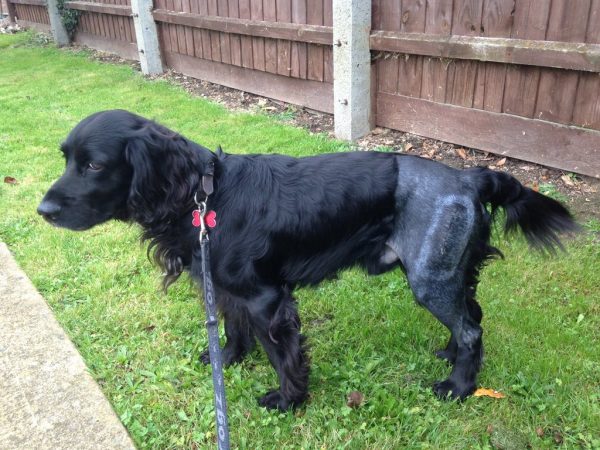 Silke, Vader’s owner, said: “It’s easy to see that the staff here really care about their patients. Every session, they couldn’t be more friendly and welcoming and they’ve been absolutely fabulous with Vader throughout the ups and downs of his treatment. It’s amazing what a difference hydrotherapy can make and just how important having good muscle development is for helping to take the load of his joints. Vader is a fantastic dog, who loves being the centre of attention so I think he secretly rather enjoys his swims – despite having to wear his funny little cap to help keep the water out of his ears!”

We didn’t expect to ever say this, but- May the Force be with you, Vader!