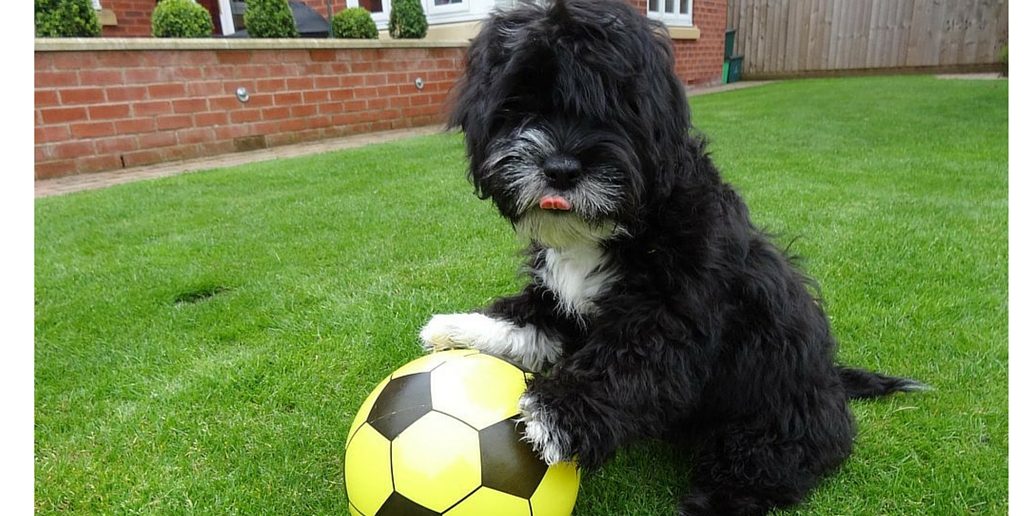 Meet Ronaldog, a Naturally Talented Footballer with a Difference

With Euro 2016 fast approaching all eyes will be on Ronaldo and Rooney. Fans will be hoping their favourite players demonstrate the passion and skill needed to win the coveted trophy.

By the end of the competition some fans could be left feeling very disappointed by their star players. And wondering, what could have happened if ‘Ronaldog’ had been playing for their team.

Two year old Alfie, dubbed ‘Ronaldog’ because of his incredible ball skills, can dribble at speed, balance a full size football on his head while sprinting, bounce the ball off his body onto his head and even side step a ball to confuse his opponent.

Dogs Trust cares for dogs of all shapes and sizes each year, but never has the organisation seen a dog as talented as Alfie. The two year old crossbreed, who was adopted from Dogs Trust Evesham two years ago, demonstrates ball skills that the likes of Rooney, Ronaldo and even Messi could only dream of.

Alfie arrived at Dogs Trust as a young puppy with his mother and the rest of his litter. He was swept off his paws and rehomed at 10 weeks old to the Cheltenham based Simpkins family, who quickly noticed that they’d adopted no ordinary dog.

Peter Simpkins explains: “Alfie truly is our wonder dog. Not only is he a fantastic family pet, he has football skills I rarely see humans possess, never mind a dog. We first noticed his one-of-a-kind talent when he took a shine to my daughter’s footballs in the garden, which at the time were the same size as him. It was so funny watching this tiny dog trying to control a ball, but within a few days he had mastered the art of dribbling and controlling the ball in one-on-one tackles.”

“At two years old Alfie now has talent more commonly seen in the Champion’s League. His skills are just amazing. He’s even been known to ‘nutmeg’ me and I can never get a ball off him. He’s incredible, especially as we’ve never trained him. It’s all natural skill!” 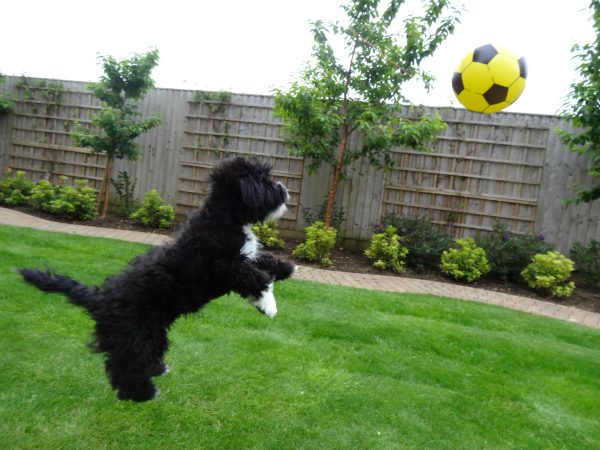 Alfie, known as ‘Ronaldog’ by passers-by in his local park, now has a loyal legion of fans. Simpkins explains he’s often approached by the public urging him to audition Alfie for Britain’s Got Talent or even approach his local Premier League side.

“It’s so lovely when members of the public approach us and comment on Alfie’s skills. My favourite comment so far is from a regular dog walker, who tells me her elderly mother often watches Alfie’s videos on YouTube when she is feeling low as they cheer her up so much.”

“We always to try to keep Alfie’s paws firmly on the ground despite his incredible talent but we do like to spoil him occasionally. On his first birthday we filled our garden with 30 footballs and he was in absolute heaven, like a pig in muck!”

Simpkins hopes that by sharing Alfie’s talent with the world he can challenge the negative stereotype that some people still hold of rescue dogs. He also hopes to encourage potential dog owners to ‘adopt not shop’ when they decide to get a dog. Who knows, you might just rehome the next canine tennis star from Dogs Trust.

There are currently 1,589 dogs awaiting forever homes in Dogs Trust rehoming centres across the UK. If you’re interested in rehoming a dog call 0300 303 0292 or visit click here for more information.