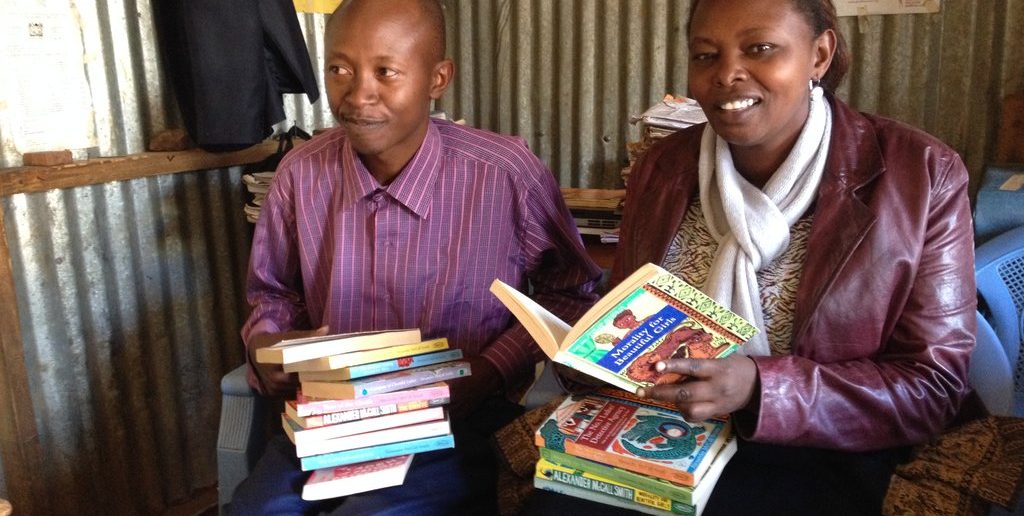 When, in November 2013, Mary Kinyanjui welcomed a small group of British students to the school she runs with her friend Titus, Excel Emmanuel in the Ngando slum district of Nairobi, she didn’t realise quite what the result of their visit would be. Her enthusiasm for the school and clear love for the children in her care told these visitors that this was someone worth working with. It wasn’t their intention when they visited the school, but on returning to the UK, the students decided to set up an educational charity to support the work that Mary and Titus are doing, with plans to eventually help other schools.

Three years later, Porridge and Rice charity (Uji na Mchele) partners with six schools in Nairobi and the differences in Mary and Excel Emmanuel are impressive. 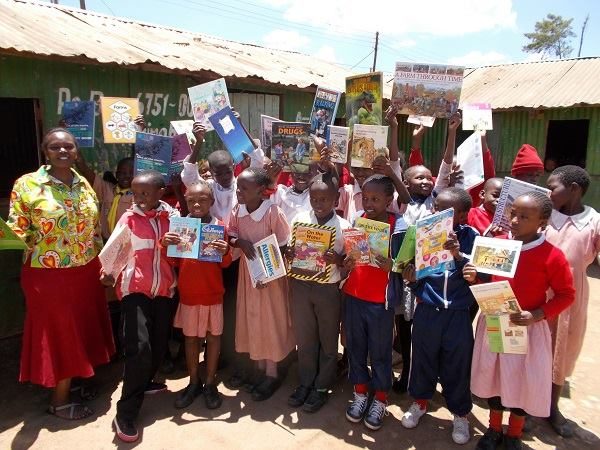 Mary grew up in a poor family and was told to marry early so that she wasn’t a burden to her family. She had to battle with her father to attend both primary and secondary school rather than getting married straight away. As the only girl in a family of boys, her father was keen to see her settled and out from under his feet.

Unfortunately the husband Mary chose proved to be a violent alcoholic and she suffered years of horrific abuse and threats, adding to the hardship they already suffered because they were very poor. When her husband died a few years ago, Mary was left to support and raise their son by herself, earning money by teaching in the local informal schools. Although registered with the Kenyan government, the informal schools in the slums receive no state support and must fund themselves by charging school fees. Most of the teachers, while dedicated, have no qualification beyond the Kenyan High school leaving certificate, and no formal teacher training at all. In most schools they must also put up with being paid erratically – because their catchment area is the slums, the student body are very poor and many fail to pay their school fees. Some schools are not able to pay teachers for months on end. In her last employed post Mary wasn’t paid for 6 months and, in spite of chasing, has yet to receive a penny – simply because the school she taught at does not have the cash. Porridge and Rice’s support for Excel Emmanuel means that all of the teachers there are paid on time.

Following on from the founding of the charity, one of the aims of Porridge and Rice is to support the education of the educators. Mary is the first of the teachers in the charity’s partner schools to benefit from this, and this summer will graduate from Nairobi University with her Bachelor of Education degree. As well as making Mary a fully qualified teacher, who could now teach in the state system, this opens up the possibility of Porridge and Rice starting a high school. Many of the children who attend P&R Schools would love to continue their education, but simply can’t afford to carry on their education once they finish primary school, as there are very few informal high schools, and they are very expensive compared to junior schools. Porridge and Rice plans to start teaching the first year of high school from the start of 2017, and has appointed Mary to be the first head teacher of this informal school.

With the support of the charity and her Excel Emmanuel colleagues, the sky is the limit for Mary!