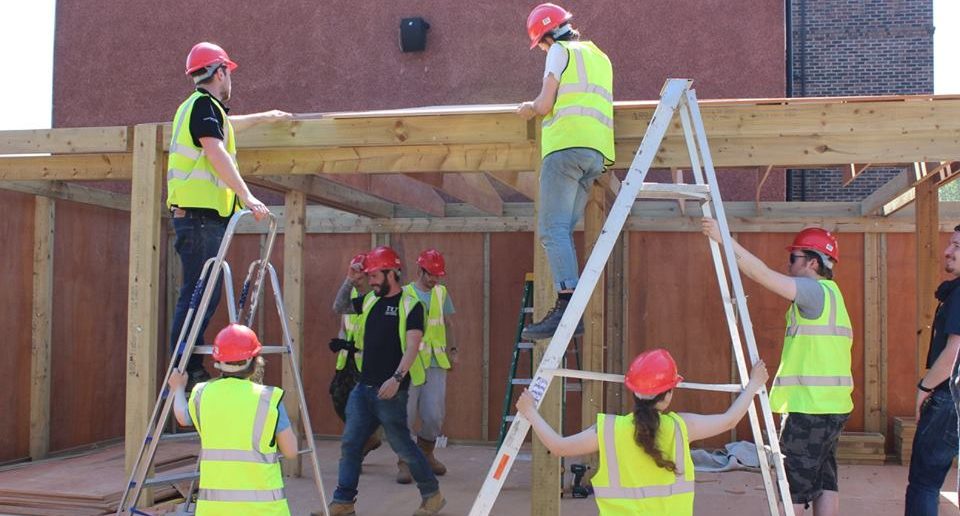 PROTOHOME Project Gets People Thinking Outside the Box

They might have lost their own homes, but this spring they came together to learn how to build a new one. PROTOHOME is a project initiated by an artist and researcher Julia Heslop of Durham University and led by charity organisation Crisis, national charity for single homeless people. This project brought together group of single people experiencing homelessness and gave them a chance to work with an architect. While building a frame of a house they learnt new skills and created new bounds. The point of the project was not to build a fully functioning and ready-to-use house, nor a finished model of one, but rather a ‘shell’ structure of such.

PROTOHOME used a pioneering method of house construction which is suitable for untrained self-builders, called the Segal Method, developed by an architect Walter Segal during the 70s in the London Borough of Lewisham. The main advantages of this ‘amateur’ method includes the ease of construction, easy to follow plans and dry-only jointing techniques using bolts and screws. The walls are easy to unscrew and therefore move around, allowing for easier access to both electrics and plumbing, as well as the possibility to change the room formations. Additionally, Segal’s method is both efficient both cost and time-wise as it only allows for small waste of material.

The team composed of clients of the charity Crisis spent three months in a workshop, where they worked on parts of the structure which they later put together under supervision of  Julia Heslop and joiner Dean Crawford of Tilt Artistic Services. 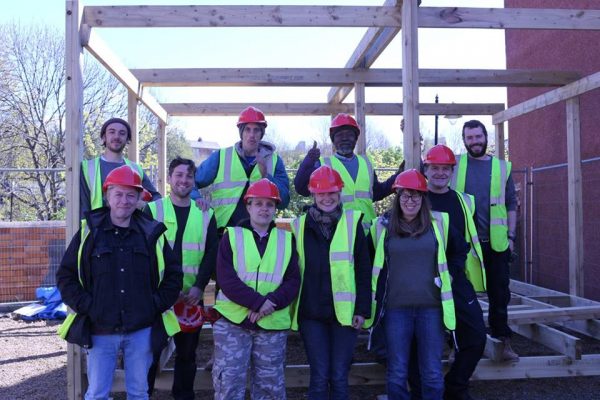 Although not to be used as a homeless shelter, this project is closely linked to the pressing issues of homelessness and social housing crisis, which endangers numerous lives as housing for low income groups becomes increasingly unaffordable. Even though Julia Heslop admits that projects such as PROTOHOME are not a direct answer on how to tackle homelessness, she believes that it could help change the way we look at housing and also on choices that homeless people have. The idea for PROTOHOME comes from her previous research experience in Albania, where she explored the ‘extra-legal’ housing of fascinating dimensions. The self-build concept within a community is very common in Albania while being completely unknown in the UK. “What I’ve found is that in the UK we have become removed from these processes of building and the autonomy in housing that they offer – we have less choice than they do and when our welfare state fails or changes there’s not a lot to fall back on – we can’t build, and we end up of the streets, so often we can be, in housing terms, worse off than those countries considered to be ‘developing’. We also have expertly tight planning systems,” says Julia. To look abroad for inspiration could, according to Julia, help understand the practises and benefits of self-build as well as the possibilities of not counting on the state so much in the matter of housing.

More than anything, the PROTOHOME project is about learning. The Crisis group went through an intense workshop, a skills development session with TILT Artistic Services at Crisis Skylight Centre and then the construction work itself. All the time and energy spent together helped them enhance their skills as well as make new friends and social ties. Needless to mention, completing a project helped as a therapy tool as well as a confidence boost. “Training and skilling up are at the heart of this project – the learning process is just as important as the product and the process is designed to act as a stepping stone to other more formal education or employment opportunities.”

This summer, until August, this self-build housing project is going to be used as a place for exhibitions, public forums, film screenings and artist residencies. It is open to the public, located in Ouseburn, Newcastle upon Tyne.