My Life Films for Dementia Sufferers

“One can barely describe what an immense impact this film had on our family.”  – Katharina

My Life Films is an innovative charity that uses film-based technology to improve the lives of people with dementia, for free. They make films that tell the life-stories of people with dementia, improving their wellbeing and helping care workers to provide better care. The films are an exciting new tool for dementia support, combining the techniques of reminiscence therapy and music therapy.

The films are custom-made to tell the life-story of a person with dementia. Filmmakers produce the films using images and videos from family archives, interviews with the person and their family, and their favourite music.

“My wife and I were absolutely delighted with Tom’s film making.” – Mark 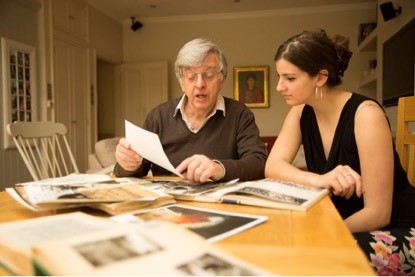 The feedback received from families about the films has been very positive – there is evidence to suggest that the films reduce anxiety, enable family bonding and help manage challenging behaviour.

“The film has a calming effect on my wife … when she gets anxious I simply put the film on.” – Derek

A research group from South West London and St. George’s NHS Trust conducting a clinical trial into investigate the impact of the films further.

‘ It is clear from the testimony of those who have featured in or have been part of the film-making process, that My Life Films is an enormously positive experience for all involved. The research trial aims to quantify the benefits that My Life Films can have on the well-being, behaviour and mood of the person living with dementia.’ – Dr Philip Woodgate, Research Coordinator, Barnes Hospital.

There has been significant press interest in the work of My Life Films. They have featured on Channel 4 News, the Daily Mail Online and ITV News London. The Memory Team, a spin-off documentary series, was premiered on the Community Channel in December 2015. 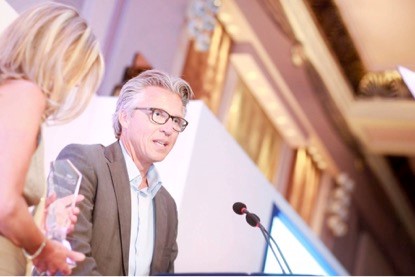 Jorg collecting the Startup Charity of the Year Award 2016

My Life Films were also in the spotlight when they were awarded the title of Startup Charity of the Year 2016 by the Asian Voice Charity Awards powered by Charity Clarity in May.

To find out more about My Life Films please click here.