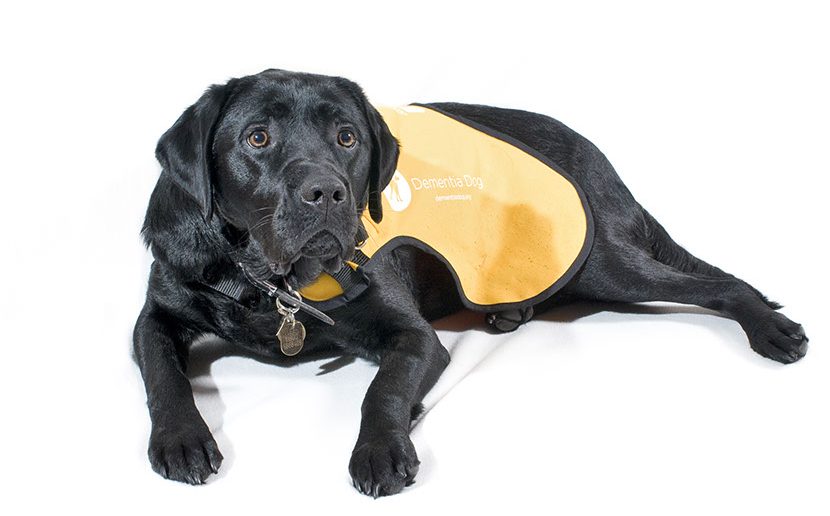 Ken Will has dementia and lives with his wife Glenys in Angus. They had been married for 45 years when Ken received his diagnosis and the impact of the condition became increasingly challenging for both of them over time. 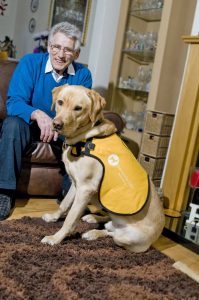 Ken with Kasper, his Dementia Dog

Then they heard about the Dementia Dogs pilot and decided to get involved. They welcomed Kaspa into their home in 2013.

Kaspa had been given special training so he could offer practical assistance to someone with dementia and also reduce anxiety levels. This meant that Glenys could leave the house knowing that Ken would be safe, as Kaspa had been trained to respond to alarms that would remind Ken to carry out tasks, like take his medication.

Glenys says, “Kaspa has given us our life back. He greets Ken in the morning, so Ken starts his day happy. I have noticed if Ken is agitated or unsettled Kaspa gives him a nudge so Ken talks to the dog or goes out in to the back garden and forgets what had bothered him. Kaspa has removed my fear that Ken had gone, life is so much better for both of us now. Ken is happy and it has taken so much stress away from me as well. Every day we wake up knowing it’s going to be a good day thanks to Kaspa.”

Dementia Dogs is a project that started in 2013 as a collaboration between Alzheimer Scotland, Dogs for the Disabled (now Dogs for Good), Guide Dogs UK and product design students from Glasgow School of Art to bring fresh ideas to service design for people with Dementia.

The original idea was to provide people in the early stages of dementia with a fully trained assistance dog. Dogs would act as a companion and helper, and be trained to provide reminders for key daily tasks like taking medication. Having a dog would also encourage owners to get out and about, increasing not only physical activity but also social interaction.

An initial pilot in 2013 saw four dementia dogs matched with individuals living with their full-time carers during the early stage of their diagnosis.

Now, the project has been given a funding boost of £300,000, which will help Alzheimer Scotland and Dogs for Good to broaden the project to help even more families who are living with dementia. 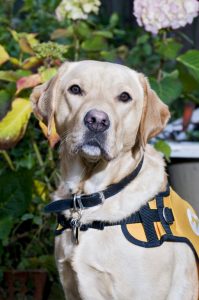 Kaspa has been a huge help to Ken and Glenys

The funding will help to provide aftercare support to the existing assistance dog teams as well as place a further 8 fully trained assistance dogs with a person living with dementia and their carer. The dogs will be trained to support their owner, and as well as being of practical help, will also provide great emotional support.

Funding has come from the Life Changes Trust, an independent charity set up with a Big Lottery Fund endowment of £50 million to improve the lives of two key groups in Scotland: people affected by dementia and care experienced young people.

Joyce Gray, Deputy Director of Development at Alzheimer Scotland said, “The current Dementia Dog project is leading the way across the world in the development of services bringing dogs and people together to support people with dementia and their carers, and this funding provides a fantastic opportunity to build on this exemplar project. Dementia Dog has also allowed us to bring a fresh approach to the challenge of dementia. We are overwhelmed that Life Changes Trust has supported the project to this level. It shows such faith in the potential we know the project can deliver to the dementia community. We will be able to extend our work, deliver innovation and joy to families who participate, and share our work on a global stage.”