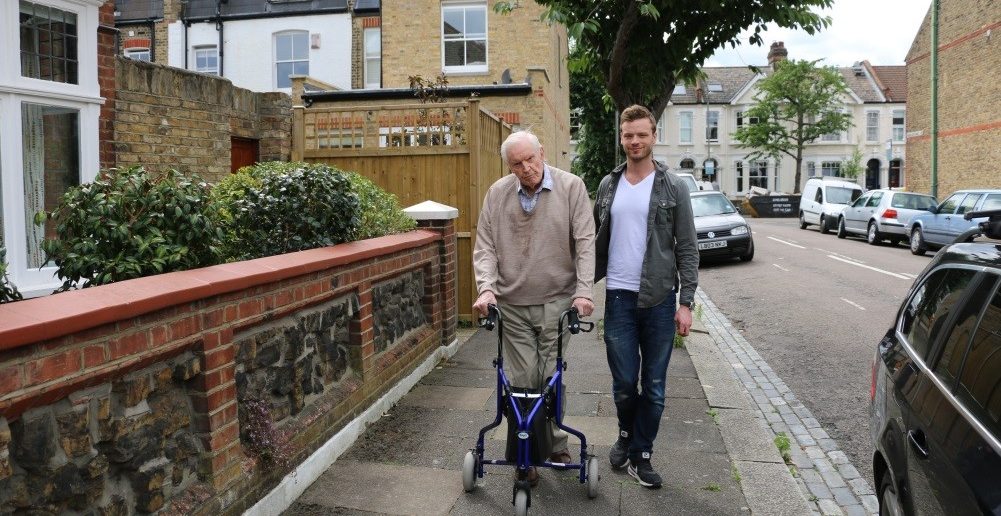 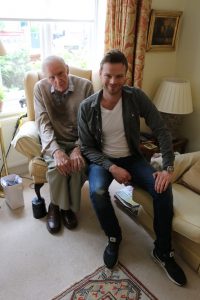 Ken has lived with his wife, Kirsten, in Southfields for almost 50 years. Having worked in international PR for British Airways for many years, Ken had a long and fulfilling career.  Now in his 80’s, Ken was diagnosed with Parkinson’s disease which has affected his mobility, making him unable to walk unassisted.

“I need the ability to walk around the block, otherwise I will seize up. I can’t get my wife to help me because she can’t walk well enough herself” says Ken.

Thankfully, Ken heard about the Befriending Service at Royal Trinity Hospice after his nurse put him in touch with Wandsworth Wellbeing. After meeting with the Trinity Befriending team who visited Ken in his home, he was promised they would find him someone compatible with him.

“And the next thing, Eddie arrived. And he’s just marvellous. He has been so helpful and he’s given me the confidence to get out and walk up the road, which I was rapidly losing” says Ken.

Aside from the practical support Eddie gives Ken, they also have a lot to talk about.

“We’ve got a lot of mutual interests. Everything he likes I like. We both like sport, I’m interested in theatre and Eddie’s an actor and we both lived in the same county in Gloucestershire” says Ken.

Eddie, who runs his own successful marketing business alongside pursuing his acting career, has been visiting Ken once a week for more than two months now.

“We’ve managed to go for our walk every week except one day which was rainy so we just watched sport. But we always end up talking football anyway, how rubbish certain footballers are and other life’s great conundrums” jokes Eddie. 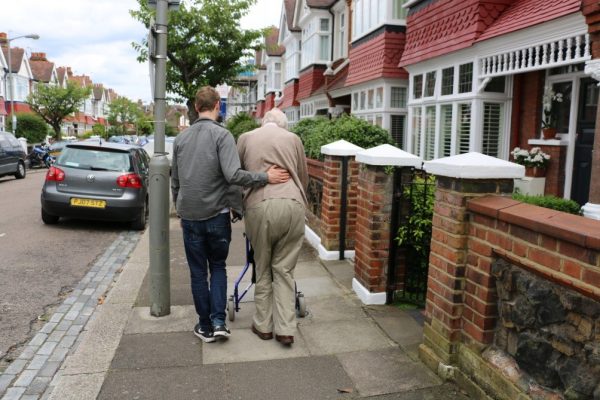 Ken and Eddie have been out on a walk every week since they met, apart from one day – because of the weather.

It’s not just Ken who is benefiting from Eddie’s visits. Kirsten, Ken’s wife, is relieved to have a break from watching or talking about sport! She said, “When Eddie comes round its quite good because it gives me a little break from sport. I did say to Ken that I love cricket and that I love football when we first went out but then as soon as I got the ring on my finger I said ‘Actually I hate it’’.

The benefits don’t end there, with Eddie also getting a lot from the relationship. “I really enjoy it. I really enjoy hanging out with Ken and I genuinely think I enjoy it every bit as much as I hope Ken does. I also think that there’s always something you can help with and if you can really find joy in doing that then you’re never that far away from happiness.” says Eddie.

Kirsten adds, “The two way thing is very important. Ken had a very senior job and therefore it is very difficult for him to accept this situation, whereas Eddie is very good at getting him to actually talk about it. And listening – that’s one of his greatest assets.”

Ken is very thankful for the service saying, “The Befriending service proves that hospices aren’t just there for those who are on the way out. I’m still alive and kicking and enjoying life and Trinity helps me to do that.”

“Seeing Eddie has been a life saver for me.”