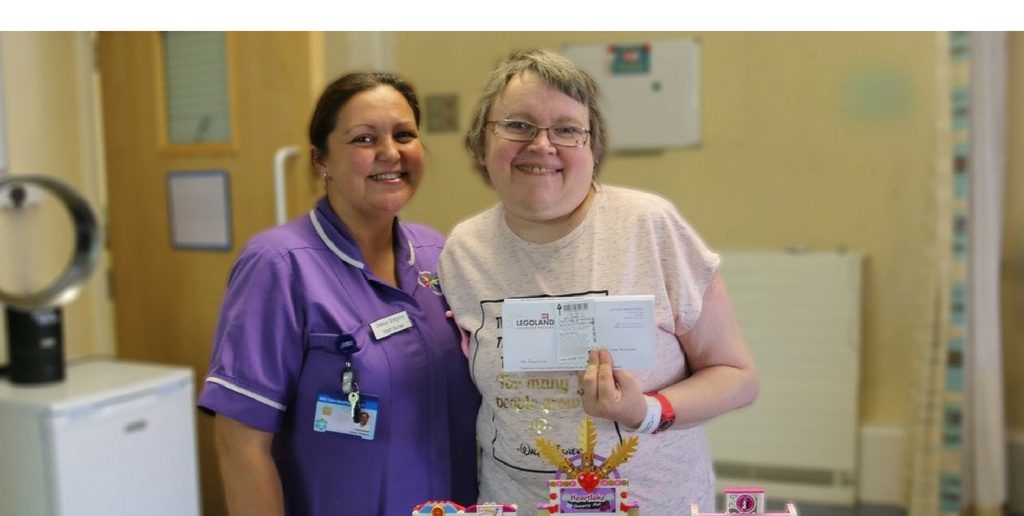 The staff at Birmingham’s John Taylor Hospice are completely dedicated to helping their patients enjoy life the best that they can. So much so, that they have even made the dreams of one patient come true…

Vickie Rawnsley was diagnosed with breast cancer when she was 34 years old and, although undergoing chemotherapy and being in remission for 11 years, her cancer returned in 2015. Sadly, tests revealed that the cancer had spread to her liver, lungs and spine. She was put in touch with John Taylor Hospice so that she could receive care and support at home from community nurse specialists.

Despite such devastating news, Vickie felt she should make the best out of the situation and began to plan for her future instead.

“After the initial shock of receiving a terminal diagnosis, I thought I need to try and turn negatives into positives so I stared to make plans. I started to write a list of things I wanted to do – my “bucket-list I suppose” – Vickie.

One of the items on her bucket-list was to visit Legoland in Windsor. Vickie began collecting Lego when she was about 5 years old, and she’s remained an avid fan and collector all her life. And after hearing about this, the hospice staff set in motion a plan to fulfil Vickie’s dreams and got in touch with Legoland… 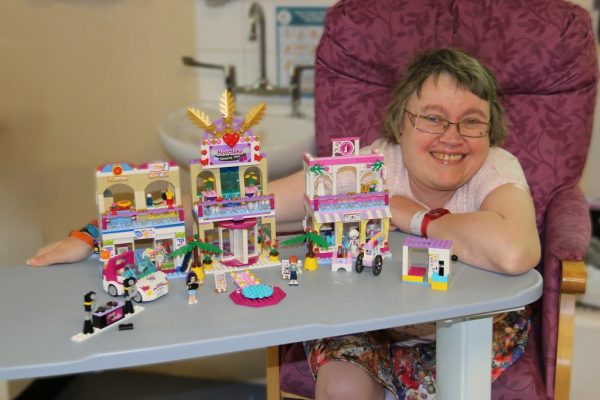 “Anyone who knows Vickie knows her passion for Lego. She often brings some with her when she visits the Heart of the Hospice on a Friday. It was wonderful for us to be able to surprise her and see her so happy. Thank you to Legoland for their generosity.” – Marcus Cox, John Taylor Hospice’s interim head of community investment.

Upon being presented with the tickets, Vickie was left speechless – something that apparently doesn’t happen that often! She was so grateful to the staff for the time and effort they put into making one of her dreams come true, and she says they made her feel so special and cared for.

Vickie plans to travel to Legoland in September this year with her partner Barry, who she hopes to marry either later this year or in early 2017. Looks like they’re in for a year of dreams coming true!

John Taylor Hospice is the oldest non-denominational hospice in the UK, having opened in 1910. They offer regular and one-off breaks for adults with a palliative diagnosis. For more information about the hospice, please visit their website at www.johntaylorhospice.org.uk.