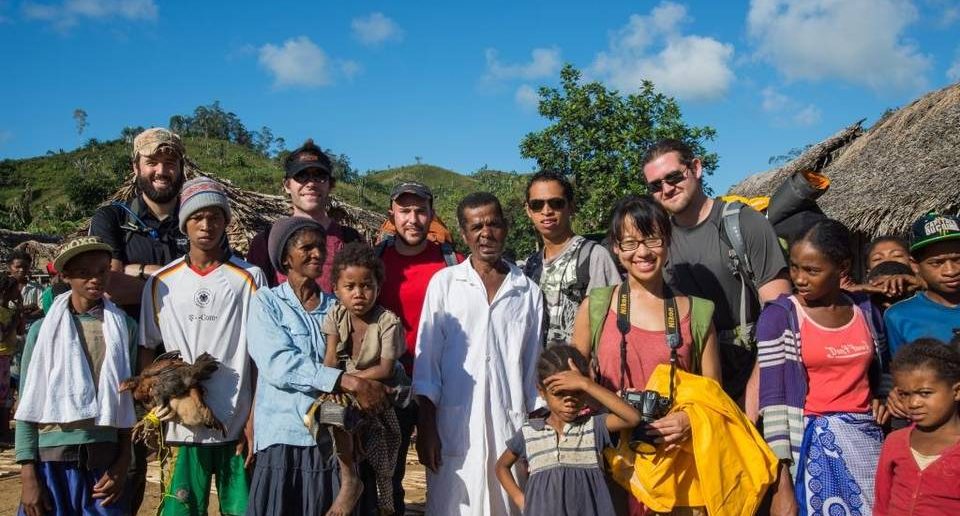 Sambany, a man living in Madagascar, learned about Mercy Ships via the radio. Laurin heard about the organisation via the Internet. Both men have had their lives changed by the global charity. 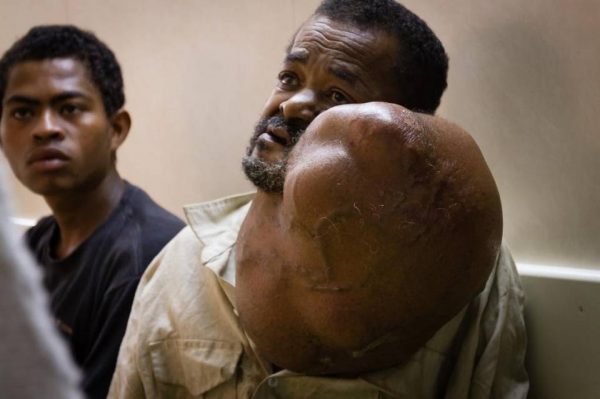 Sambany’s tumour had grown to more than 16 pounds

For 36 years Sambany had suffered with a tumour growing on his neck. Over time the tumour had grown to more than 16 pounds.

People either ridiculed him or feared him, leading to Sambany rarely leaving his home. Unable to pay for medical treatment, Sambany’s life changed when he heard about the free medical care being offered by Mercy Ships, a global charity that has operated hospital ships since 1978, with more than 2.54 million people receiving direct benefit from its services. 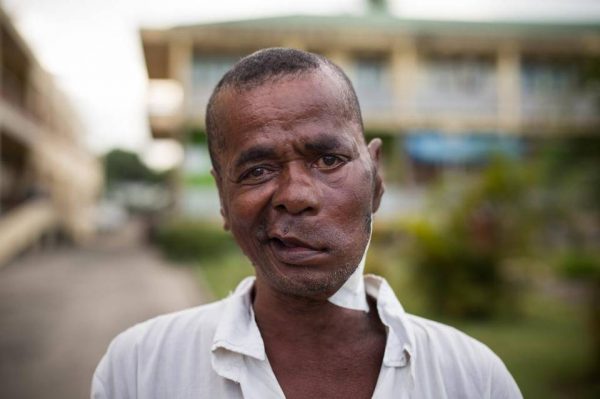 “The trip taking Sambany back to his village was an adventure that I will remember all of my life,” Laurin said. “It took us two days walking through the bush of Madagascar just to get him home. All along the way, every time we stopped at little villages, the people would come out and recognize Sambany from his trip to the ship many months before with the massive tumour on his face. They could not believe it was the same man. They thanked us and talked about how much of a blessing it was. It was a truly amazing thing to be a part of.

“When we made it to his village, every person there came out to see him. The entire village walked through his house and shook his hand. The day we were to leave the village, elders came to see us off in their very finest clothes. They took turns thanking us for returning Sambany to them safely and they made a presentation to us of three chickens, which we ate that night on the return trip,” Laurin recalls.

“I met my (now) wife Esther a few weeks after joining the ship,” said Laurin. “We met in the dinner line, and she immediately had my attention with her British accent.” 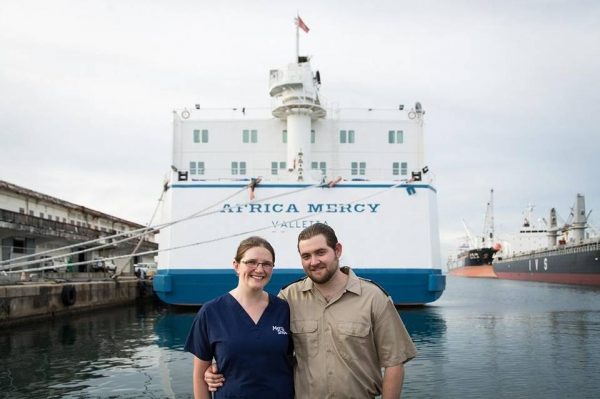 Laurin and Esther, both Mercy Ship volunteers, got married after meeting in the dinner line

Esther had been serving with Mercy Ships since March 2013 as a nurse. She now is the ship’s ward nurse maxillofacial team leader.

“The crew of the Africa Mercy is like a big family so, in essence, it’s like dating directly in front of your aunts, uncles, cousins and grandparents.”

Working with Mercy Ships continues to be a rewarding experience for Laurin.

“The most rewarding part of my job is knowing that what I do really means something,” Laurin said. “Yes, I might simply be cleaning a fuel filter or fixing a pump, but if I don’t and the lights turn off, someone might not have their life-changing surgery that day.”