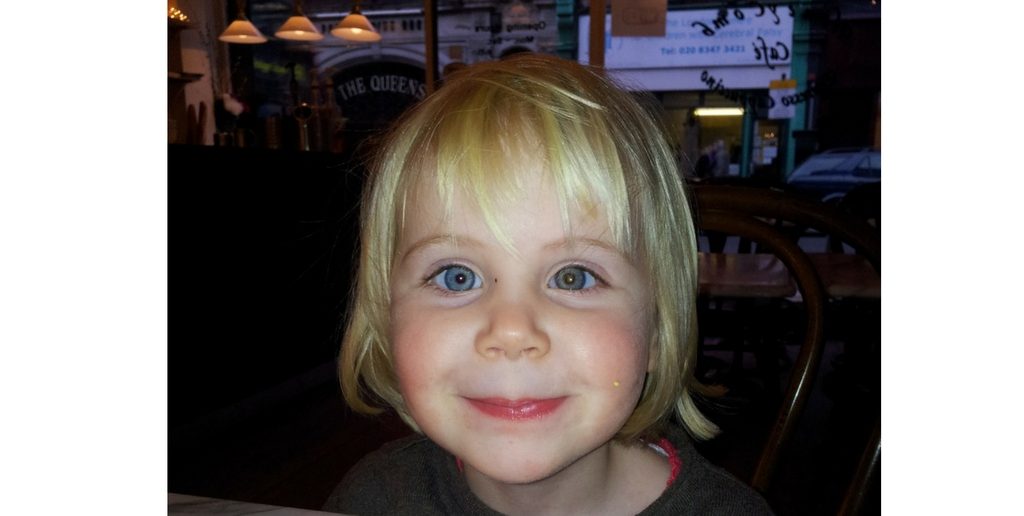 Seven-year-old Erin Gentry was diagnosed with retinoblastoma (Rb), a rare form of eye cancer which affects babies and young children, when she was two years old. She needed lifesaving surgery to remove her left eye and stop the cancer spreading, followed by chemotherapy.

Now, the north Londoner has been given a prestigious award in recognition of the commitment she has shown in helping other young cancer survivors.

Erin spent over a year struggling to get to grips with wearing an artificial eye but since she mastered it she has dedicated her time to teaching other children at a special group called Eye Club, where some of the children are older than her.

To celebrate this amazing achievement, Erin has been named a CHECT Champion by the Childhood Eye Cancer Trust. The awards aim to recognise the courage, resilience and patience shown by all children affected by Rb.

Erin was nominated by Gemma Melisi, Play Specialist at the Royal London Hospital which hosts the Eye Club, and where Erin was diagnosed. Gemma said: “Erin teaches all the children who are not confident with their artificial eye. She shows them how to clean their special eye and how to put it in and out. Erin is an amazing teacher and loves to help the other children. Without people like her, Eye Club simply wouldn’t work.” 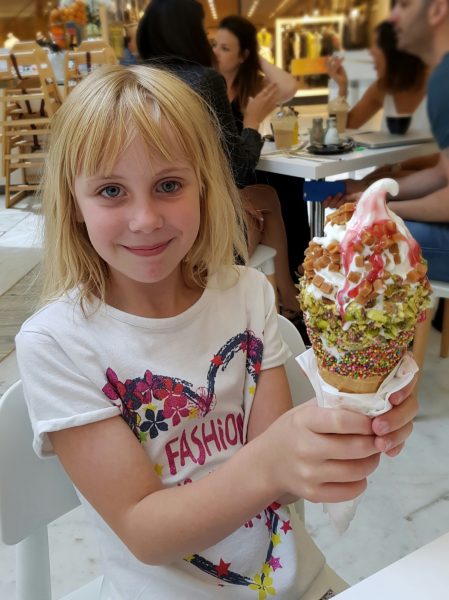 Inspirational Erin struggled at first with wearing an artificial eye, but is now helping other young cancer survivors

Erin was diagnosed with Rb after her parents noticed she had a squint that seemed to come on suddenly. Having seen the squint become more pronounced over the weekend they took her to the GP on the Tuesday, who referred them to Moorfields Eye Hospital. By Wednesday they were at the Royal London Hospital, one of two specialist centres for Rb in the UK, being given the diagnosis.

Her mum, Tamzin Caffrey, said, “The doctors discovered that Erin couldn’t see out of her left eye at all which was a complete shock. We’d had no idea that anything was wrong. Suddenly little things started to click into place – for example, Erin had been at a pirate party a couple of weeks before and had refused to wear the eye patch, getting quite upset. We now realise that they had put it over her good eye so she couldn’t see anything at all.”

Around 40-50 cases are diagnosed a year in the UK. More than 90% of children survive retinoblastoma in the UK but early diagnosis is crucial in order to save a child’s eyes, sight and life.

The most common symptoms are a white glow in a child’s eye or pupil in dim lighting or when a photo is taken using a flash, and a squint.

“It’s very hard to accept that your beautiful, perfect child is going through something like this and you just lurch through each day, getting by as best you can. But Erin got through it with a smile on her face which put us grown-ups to shame,” Tamzin added.

Erin still has check-ups but doctors have told her that the cancer is very unlikely to reoccur.

Tamzin explains how for a long time Erin really struggled to get used to wearing an artificial eye, which makes her transformation into a teacher even more remarkable. The proud mum said, “We tried to encourage Erin to take her eye out, wash it and put it back in every week but it took years before the tears stopped. Then one day, about two years ago, we were at a hospital appointment and she just took it out herself as if it was no big deal. It was the first time she’d done it and was a turning point for Erin. Once she got to the stage where she could confidently handle her eye herself, Erin wanted to teach other children too.

“This award is fantastic because Erin struggled with her eye for such a long time. So for her to be in a position where, not only does she have the opportunity to spend time with other children with artificial eyes so that she doesn’t feel so isolated, but to be able to help and teach them herself – that’s really something quite special.”

For more information on CHECT or retinoblastoma (Rb), including signs and symptoms, diagnosis and treatment options, please visit www.chect.org.uk.