Giant Pandas are no longer close to extinction!

Way too often we hear about animal species being listed as endangered, or worse, as extinct. The last sad example was the Western black rhinoceros, which was declared extinct by International Union for Conversation of Nature in 2011. However, recently, the efforts of the union as well as many other international and local organizations in China have paid off as the Giant Panda was officially removed from the endangered species list. Even though they do still remain highly vulnerable and are going to need continuous monitoring and care, the future looks much brighter than ever before.

The biggest danger for the giant panda is the effects of climate change, which could destroy their only source of food – the bamboo. Unfavourable changes in the climate could destroy up to 35 per cent of the bamboo forests in China in the next 80 years. To replant and maintain the bamboo forest, therefore, was the top priority in the conservation efforts. Zoologists in China understood that the panda population was declining since 1990 due to shrinkage in their natural habitat and decided to take care of the existing forest as well as to plant new reservations. 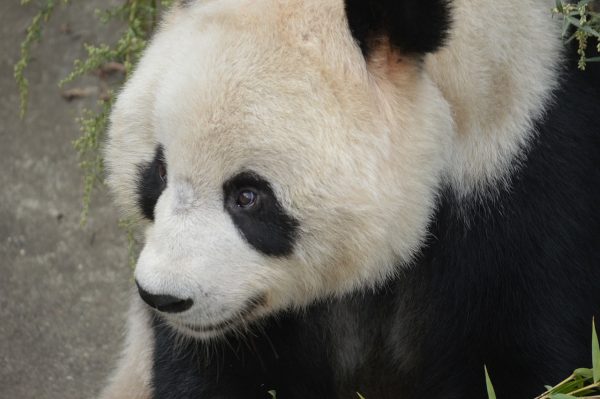 China was not alone in its efforts to help the cute black and white bear, known for its clumsiness. Since the early 80s, Chinese preservation organizations have been receiving continuous support by the World Wildlife Fund (WWF), which actually uses a panda bear in their logo.

The WWF worked closely with the Chinese and other governments to help set up natural corridors which would connect pandas from isolated areas and allow them to breed. They also provided advice and tutorials for local communities on how to minimize their impacts on forests and how to use sustainable energies.

The Director General of WWF, Marco Lambertini was therefore delighted by the positive news, saying “The recovery shows that when science, political will and local communities come together, we can save wildlife and also improve biodiversity”.

The IUCN stressed that the “proactive measures” taken by the Chinese government, as well as other organizations, have to continue and new threats emerging from the changing climate have to be addressed efficiently. Many Zoos and other facilities turned to natural or artificial insemination methods in captivity. Just recently, a baby giant panda was born in Atlanta Zoo. Scientists believe, however, that breeding in captivity is just a provisional answer to the panda situation and that the goal should be to increase numbers of baby pandas born and raised in their natural habitat without need for human intervention.

It was not only the giant panda who got a status change. The Tibetan antelope was also moved from the red list. This specie faces endangerment for its soft and warm wool, which makes them valuable hunting trophies. However, due to their intensive protection, the Tibetan Antelopes were moved to “Near Threatened” list.