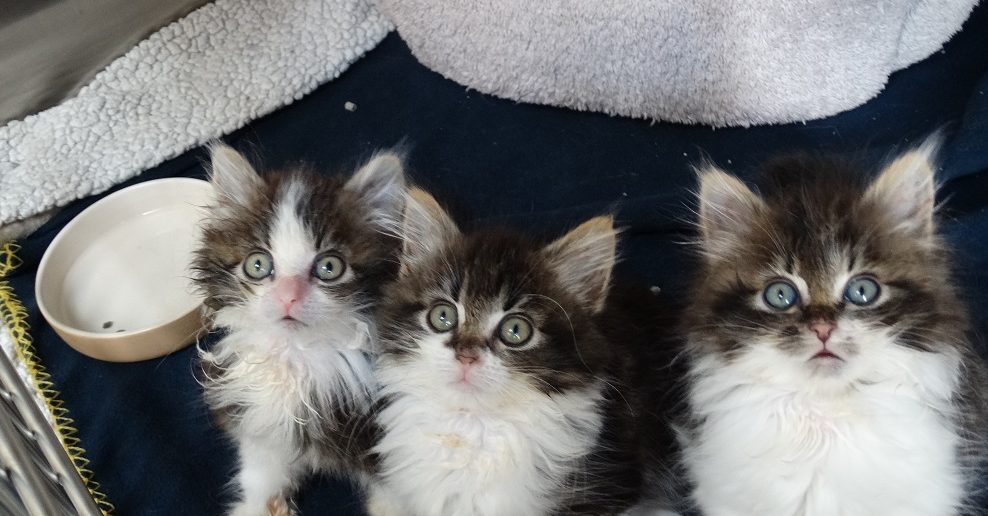 By Helena Vine on September 19, 2016 0 Comments
Cherry, Raspberry and Blackcurrant

Three kittens from the same litter, just four weeks old, and an older sibling, still only six months old, were found dumped and abandoned by a cyclist near Wembley before being taken to The Mayhew Animal Home.

The kittens were so young they should have still been with their mother, but she was nowhere to be found. Instead, they were emaciated, dehydrated, and covered in sores. 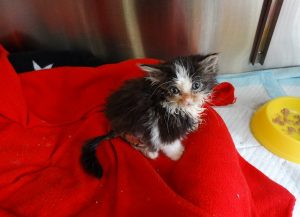 One of the kittens before treatment

The Mayhew Animal Home named the older kitten Apricot, who seemed to be in relatively good health, and at a modestly healthy weight. The younger three, named Raspberry, Cherry and Blackcurrant, however, were in a really bad way.

Their dehydration had made them stiff, and all had sore wounds that were badly infected and covered in maggots. The vet team believe they’d been bitten by an animal, like a rat, and the wounds had been left untended.

“The wounds must have been incredibly painful for the poor kittens. We often see lots of kittens coming into our Home this time of year, thought we do get them all year round, and this just highlights the importance of getting your cat neutered.” – Gillian Notton, Head of Animal Welfare.

Thankfully, after the fruit basket of kittens received medical care from The Mayhew’s vet team and massive amounts of love and attention from the cattery team (who could blame them?!), the kittens have begun to heal and have even started showing off a mischievous side! 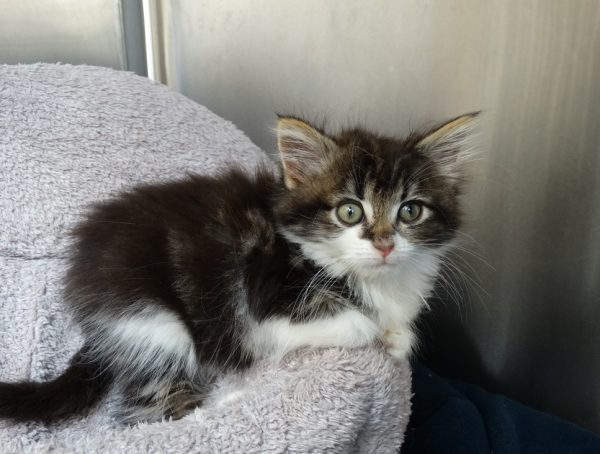 The kittens have begun to heal following treatment

“We can’t imagine how terrifying it must have been for these kittens to be abandoned in a box. With the hot weather lately and the kittens so dehydrated, its worrying to think that they could have died if they hadn’t been found.” – Georgina Disney, Cat Welfare Coordinator.

Once the kittens are old enough to be neutered, they’ll be ready to find their purrfect forever home!

Unfortunately, situations like these aren’t uncommon, and The Mayhew Animal Home responds to hundreds of animals in need. If you want to learn more about the work they’re doing, please visit www.themayhew.org or call 020 8962 8000.