John in the Sahara
Inspirational People

With a catalogue of extensive achievements: survival training in the Sahara, Amazon and Arctic, raising hundreds of thousands of pounds for good causes and experience of managing an award winning charity, John Wills’ drive and personality hides a traumatic and troubled youth.  From the age of 8 until 14, John was the victim of sexual abuse by a close “friend” of his family who was not only a highly respected member of the community, but his father’s employer. According to his abuser, John was ‘too nice a boy and needed to become more worldly.’

As a stable and balanced child, John’s behaviour became increasingly erratic: in school he plummeted from top sets not because of poor performance, but because of his truancy. This became so frequent his teachers didn’t even recognise him. Experimentation with alcohol at 14 had developed into a heavy habit and alcoholism by his late teens.

Naturally, his abuser had established in John’s mind that no one would believe his accusations. However, he eventually confided in his older brother who told him he had no other choice but to tell their parents what had happened. Looking back over his past, John feels it was his relationship with his father that suffered most.

‘It only takes a few seconds to not only destroy  the trust you have in your father, but likewise the faith your father has in his abilities as a parent. The moment my father asked if I was sure the abuse had really happened, we both knew our relationship was shattered. It is the last thing any victim of abuse wants to hear from a loved one. Unfortunately, my father died not long after and my greatest regret was that he didn’t live long enough for us to fully repair our relationship.’

At 16, not much past school leaving age, John sought help from his GP for depression. After providing an account of his experiences, his doctor’s advice was to ‘pull his socks up’! The depression continued to worsen and John was put under a psychiatrist, and was diagnosed with depression, anxiety and obsessive compulsive disorder. After an overdose, a ‘cry for help’ at the age of 18, the psychiatrist told him he‘d be best to simply “forget about the abuse”.

As a means of escape, the drinking and now in addition, drug addiction continued, but this lifestyle was becoming increasingly physically and mentally dangerous and John knew that he couldn’t continue much longer. At 27, he sought help from Survivors UK, a London based charity and entered into 3 years of therapy. Shortly before the therapy finished, he enrolled himself on a therapist training course and, after qualifying, began voluntary work.

John left London in 1997 with his partner, Yvonne, who supported him during his recovery, and moved to Colchester and it was there he began volunteering for, and eventually managing, the voluntary organisation HEAL (Helping Everyone Abused Life). Under his leadership the organisation became a registered charity and was awarded the Queen’s Award for Voluntary Services, in 2006.

A lifelong love of the outdoors prompted him to undertake professional training in bushcraft and survival and in 2007 John left HEAL to form the organisation Greenpath Ventures (GV) which he co-founded. One of Greenpath Ventures roles is to help disadvantaged individuals gain self-reliance and confidence by learning bushcraft and survival skills. The organisation became a registered charity in 2009 and since then John has put his skills to the test in some of the world’s most extreme environments. 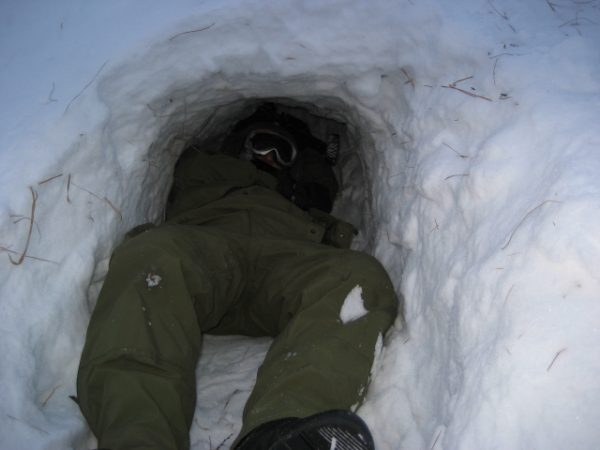 John in the Artic

Unfortunately, in 2012 HEAL closed, and to fill the gap this created in local services, he co-founded AARCA (Assisting Adult Recovery from Child Abuse). The organisation is currently in the process of becoming a registered charity.

All too often when the media looks at Sexual Abuse or Mental Health, the focus is on the perpetrator or on negative stereotypes of victims of abuse or people with mental health issues. Redressing this imbalance is a challenge both GV and AARCA seek to redress and naturally it is a challenge close to John’s heart.

‘I am very passionate that people can move from being victims of abuse to survivors of abuse, and if my story can help then I am pleased for it to be used. I also want people to know that they do not have to be defined by either their abuse or mental health diagnosis; that people are much more than this.‘ 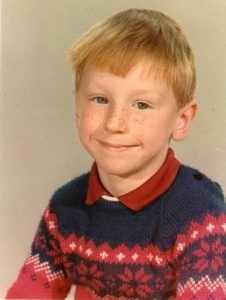 Within both charities and beyond, John provides a positive role model and a refreshing example that those who have suffered abuse are more than just victims.

In his private life, he is married with two teenage sons and a dog called Noggin, who is also the mascot for GV.

Ironically, he believes the turmoil of his adolescence and youth has taught him greater empathy, patience, encouraged within him a greater understanding of related issues and has given him the passion and drive to help others.

Most of all is the calm and tranquil approach he now has to life, an approach very different to that borne in the chaos of his youth. After years of abuse, frustration and unhappiness, John is finally the person he should have been, rather than a victim of abuse, and this is the goal all survivors should be encouraged and helped to reach.

John is now writing a blog of his experience of surviving abuse to help other victims: www.survivorjohn.co.uk