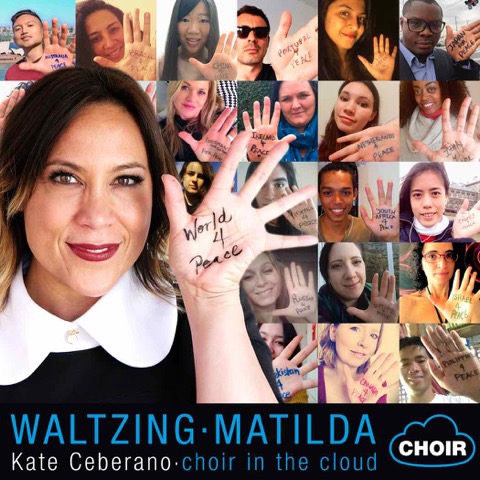 Dismayed by the constant barrage of negativity in world events, an Australian musician brought together a group of 200 people from around the world in an ensemble celebrating global peace.

Dene Menzel embarked on the project to break down preconceived differences in race and religion and encourage respect and tolerance.

“There is too much emphasis on fear and barriers – this tears people apart. Music is a great way to bring people together regardless of their background,” said Ms Menzel.

“I thought that if I could get strangers from all over the world to sing with each other it would prove that we’re not so different after all, and we can create something beautiful together.

“My five-year old daughter was the inspiration for this project as I really want her to be able to grow up in a better world,” she said.

The participants were not only from different countries, but from a range of ages too. People from Ukraine, Germany, Brazil, Portugal, Israel, South Africa and Uzbekistan wanted to be part of the project, and were aged between 8 and 65 years.

“With smart phone technology and the Internet we created a ‘virtual choir’. I was honoured when award winning Australian singer, Kate Ceberano jumped on board – she’s such a great advocate for human rights and world peace.”

“It was so amazing to bring together people that were continents apart into one united voice.”

Share this story with any musical friends, family and colleagues!